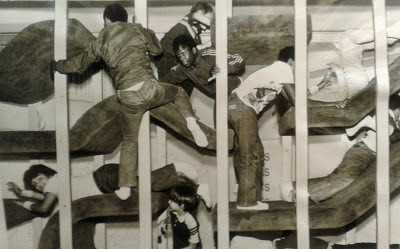 Roberta wins with her 8:24 a.m. Tuesday guess "Kidspace and the old ant trail?"

In the 1986 photo above, children climb the Ant Wall at the original location of Kidspace Children's Museum inside the McKinley School gymnasium where they were located for 20 years.

In a move that was somewhat controversial at the time, Kidspace relocated in 2004 to the former
Fannie E. Morrison Horticultural Center, which they spent five years renovating and expanding inside and out in Brookside Park.

The horticultural center, designed by Fitch Harrison Haskell and funded by wealthy widow Fannie Demmon Morrison, became the first site in the western U.S. of major flower shows. These took place for many years. There were four buildings, three of which remain (a fourth was lost to fire in 1984) 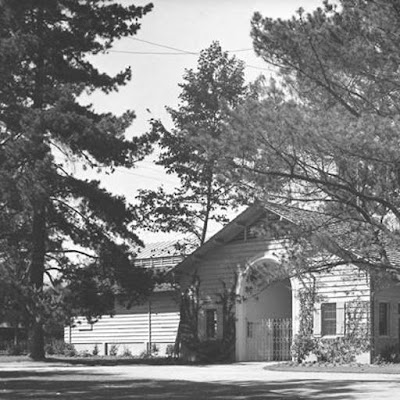 When it became vacant, it was used for storage by the City of Pasadena.

Prior to moving to Pasadena, she was actively involved in suburban Boston civic affairs and was instrumental in improving the Demmon-Morrison mansion and coach house, which is now the home of Regis College. 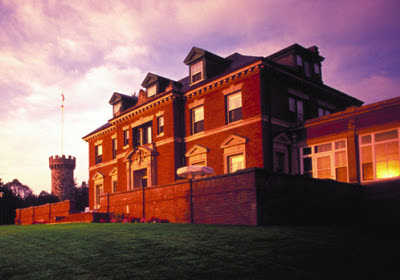 The new Kidspace complex, which opened in 2004, has five times more square footage than the McKinley gym. The 3.5-acre site also includes gardens and outdoor exhibits designed to expose children to the Arroyo Seco environment. 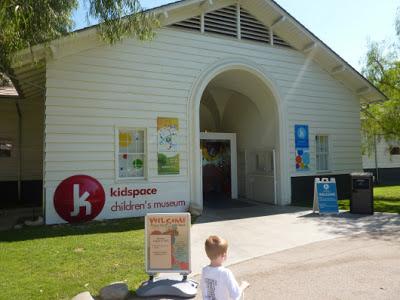 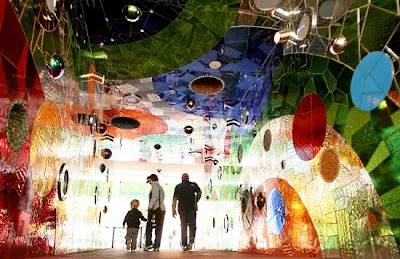 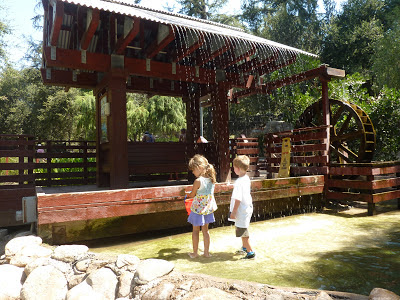 Many thanks to Pasadena Museum of History, Kidspace Children's Museum and Regis College.
Posted by Ann Erdman at 5:30 PM