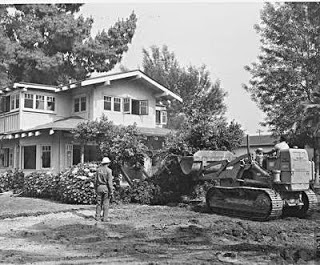 Peter was close enough with his 3:30 p.m. Tuesday guess "The Girl Scout headquarters at the southeast corner of memorial park...making way" so he is this week's winner.

In the 1959 photo above, a demolition crew prepares to raze the headquarters of the San Gabriel Valley Council of Campfire Girls at the south end of Memorial Park.

In this photo, Holly Street is to the right of the headquarters; the buildings you see across the street are still there: 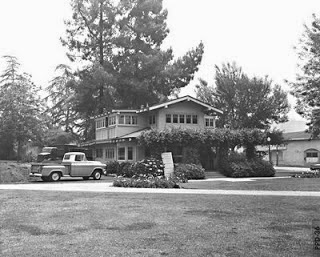 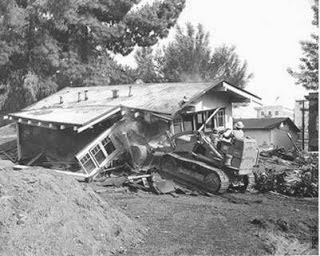 The Board of City Directors, now called the City Council, had ordered an immediate start on preparation of plans for a senior citizens center after two years of discussion.

It was also the first senior center in California to receive national accreditation from the National Council on Aging. 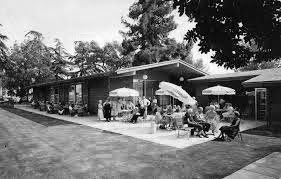 After a significant renovation and expansion that tripled its square footage, the new and improved Pasadena Senior Center opened in 1998:

Now people 50 and older can take advantage of everything from social services to classes to field trips to competitive sports. 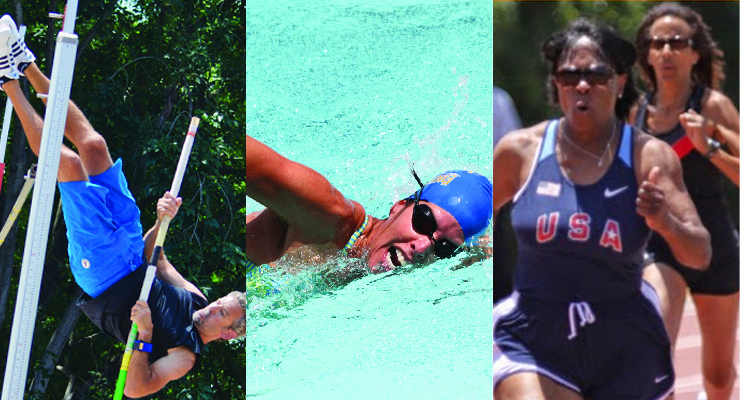 There is a long-standing agreement between the City of Pasadena and the Pasadena Senior Center that it can operate on city-owned land in exchange for providing services and programs for seniors at Jackie Robinson Center, Villa-Parke Community Center and Victory Park Center.

Many thanks to Pasadena Public Library and Pasadena Senior Center.

In the interest of full disclosure, the Pasadena Senior Center is one of my clients. I write and distribute news releases, manage media relations and provide communications counsel.