A Brilliant Light Has Gone Out 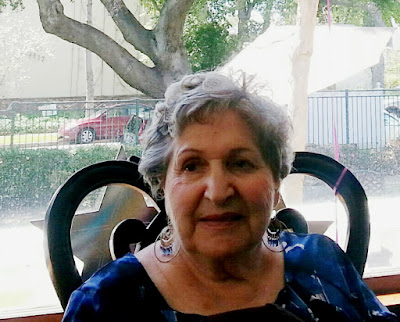 This is the last photo I ever took of Jay Blackshaw. It was just a couple of days after her birthday in 2015, and a group of former Pasadena City Council field representatives and I honored her with a luncheon party at the Silverado/Huntington Memory Care home in Alhambra. There was still a slight hint of a sparkle in her eyes two years ago. Once that sparkle was no longer there, I stopped taking pictures.

Our dear Jay passed away yesterday. She will always be remembered for her vibrant spirit, sense of humor, boundless energy, community volunteerism, advocacy for social justice, love of music, love of family and friends and, of course, for her work as the field representative for Jess Hughston, Bill Paparian and Steve Haderlein.

A few years ago she was diagnosed with Alzheimer's. The toll it took was so cruel, and yet her innate spirit continued to shine through for quite a long time.

I feel so privileged to have known Jay for so many years -- since 1991. We were long-time L.A. Opera buddies, went to movies and plays together, laughed, cried, sang in Italian and worked together on so many projects.

Here she is in better days with her late husband Bill Blackshaw. 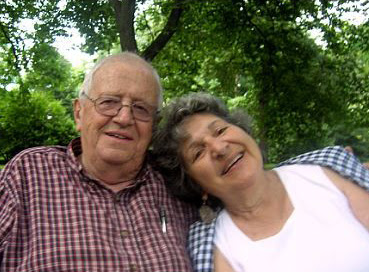 In more recent years, since about 2010 or so after she began to require special care, those former field reps* and I went together for occasional visits with Jay, first at Villa Gardens and then at Silverado/Huntington. She didn't know us anymore, but every time she asked, we reintroduced ourselves over and over and over again. She would immediately forget what she had just learned, so she would ask the same questions repeatedly. And she was so pleased to meet us every time.

It could have been very easy to get frustrated over this, but we realized that each and every time she asked the same question, for her it was the very first time. And really, it's no bother to repeat the same answer over and over again when it's someone you have such a close connection with. We all had a deep and abiding love and respect for Jay, and that eased us through each visit.

Someone asked me once why our group continued to visit Jay if she didn't know us anymore. It's because we needed to see her, and it was the right thing to do.

Somewhere in the recesses of her long-gone memory, the music she loved so much was hidden away and just needed a little nudge. All I had to do was begin singing the first bar or two of the sweet little Italian song "La Spagnola" (pronounced La Spon-yo-la) and she would brighten up and sing right along. But the last time I saw Jay, "La Spagnola" did not find its way out. Because it was no longer there. The look of confusion and agitation on her face spoke volumes about the disease that led to her advanced decline, and it broke my heart.

About 20 years ago, Tom Coston and I were on our way to a dinner party at Jay's home and we were inspired to write a little song to sing to her as a gesture of thanks at the end of the evening. We wrote the lyrics in the car on a scrap of paper, to the tune of the theme from "Candid Camera." Feel free to sing along!

Well, she's the hostess with the mostest
It's our lucky day
Hey! Jay's our favorite field rep.

It's fun to listen to Jay
What's the topic for today?
It's fun to sing with Jay
In that oh-so-Verdi way.

When she cooks Italian, [I pointed to Tom] he's a stallion
Pasta al dente
Hey! Jay's our favorite field rep.

I'll close with a final memory, something Jay and I laughed about so many times over the years. She loved telling this story:

It was well after hours at Pasadena City Hall some time in the 1990s, and we were both working late. Jay came up to the Public Affairs Office on the third floor to talk to me about some project or another. As so often was the case, we eventually started talking about opera. Then we broke into a really bad rendition of the "Un dì, felice, eterea" duet from Verdi's "La Traviata," with a lot of la-la-la-ing when we couldn't remember some of those lyrics in Italian. We were having so much fun with it and cracking each other up. And besides, nobody else was there to hear it. We finished the duet and were caught completely off guard by thunderous applause! Well, OK, fine, so it wasn't exactly thunderous. But a janitor and a security ranger were outside my office door, clapping, having been drawn in by our singing in an otherwise empty, quiet building. Since they weren't seated, we considered it a standing ovation! We bowed to our little audience and thanked them for coming.

Viewing will be Friday, June 30, from 5 to 9 p.m. at Forest Lawn Hollywood Hills, the funeral is scheduled Saturday, July 1, at 11:30 a.m. at All Saints Church followed by a reception, and burial will be at 3 p.m. that day at Forest Lawn.

I offer much love, best wishes, and copious condolences to Jay's children and grandchildren. May they find the peace that passes understanding.

Fare thee well, dear Jaysie. This one's for you: