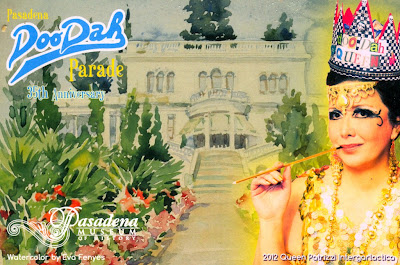 This past Sunday in the gardens of the Fenyes Mansion on the grounds of the Pasadena Museum of History there was a special cocktail party and fund-raiser for an important retrospective. 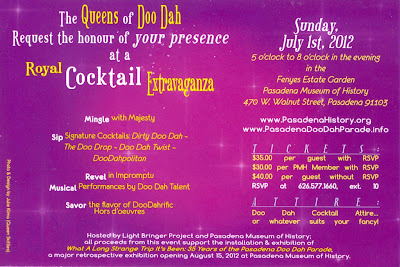 Next month the museum will open the exhibition "What a Long, Strange Trip It's Been: 35 Years of the Pasadena Doo Dah Parade."

At the event Sunday, many of the Doo Dah queens and grand marshals from throughout the years were joined by the parade organizers and other guests. 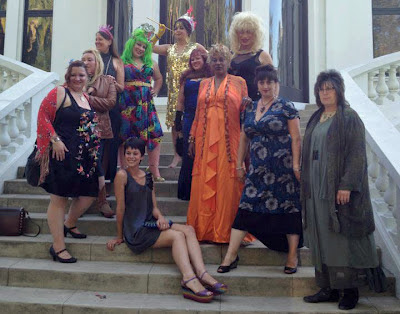 Six of the queens dancing to the music of official Doo Dah band Snotty Scotty and Hankies, which has been in every parade since year one: 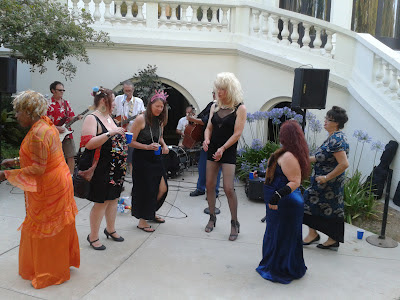 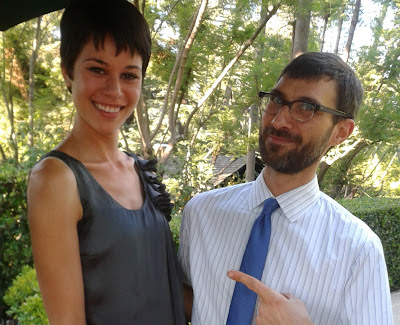 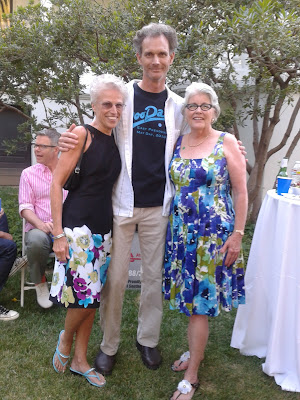 Doo Dah czar Tom Coston welcomed everyone and read a vintage letter to the editor in the Pasadena Star-News in which the writer slammed the very first Doo Dah Parade as being an evil afront to all things conservative in Pasadena at the time. 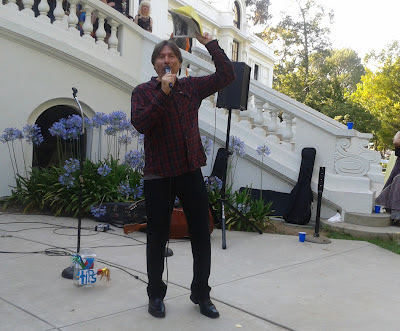 And then today at City Hall, photographer Julie Klima, who happens to be the 2009 Doo Dah queen, took photos of a few of us at City Hall to be included in the exhibition. 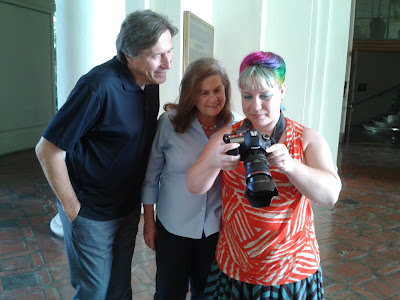 And yours truly, the 2012 grand marshal: 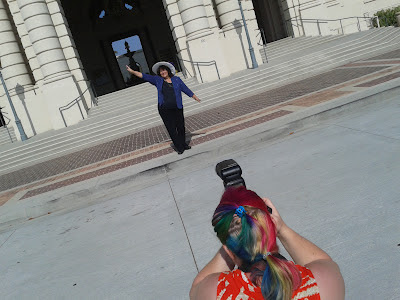 I'll have more information about the exhibition in early August. It's going to be a blast!