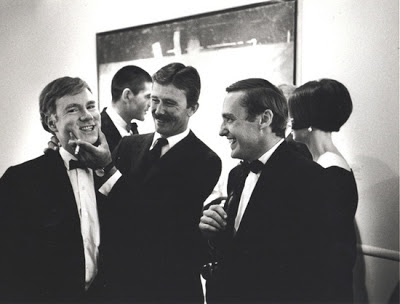 Lexa wins with her 4:34 p.m. Tuesday guess "It's opening night of the Marcel Duchamp retrospective held at the museum that became the Norton Simon. I can also tell you who is in the photo, but you might have more fun clarifying that."

In the 1963 photo above, left to right, Andy Warhol, Irving Blum and Dennis Hopper pal around at the opening of the Marcel Duchamp exhibition at the Pasadena Art Museum.

A description of that exhibition can be found here.

Some of the works by Warhol (1928-1987) had been staged the year before at the Pasadena Art Museum in the group show "New Painting of Common Objects"; in 1969 his paintings were featured as part of the exhibition "Painting in New York: 1944-1969" and he had a solo exhibition there in 1970.

Blum is an influential art dealer and gallery owner, born in 1930, who collected Warhol works early on and gave Warhol his first solo pop art exhibition.

And of course Hopper (1936-2010) was an actor, filmmaker, photographer and artist whose works have been exhibited from time to time at the Norton Simon Museum. I had the pleasure of meeting him there a few years during ArtNight Pasadena.

The Pasadena Art Museum began when the Pasadena Art Institute was founded in 1922 by local citizens who wanted to encourage the study and exhibition of fine arts.

The nearly 10-acre Carmelita property was purchased and the institute's early collections of 19th century American and European art, including works by California artists, were exhibited in the Victorian-era home on the grounds.

This is a circa 1890 photo of the home on the Carmelita estate: 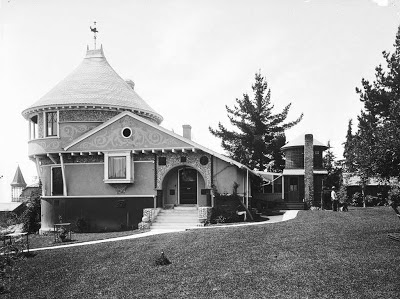 After lovingly preserving and enhancing the Carmelita property, the institute gifted it to the City of Pasadena as a park with two conditions: that the Pasadena Art Institute could lease the home and that, eventually, a permanent museum would be constructed on the site. Several years later the institute changed its name to the Pasadena Art Museum.

The museum was located in one of the galleries at Grace Nicholson's art studios in the iconic building with Chinese architecture that is now home of the Pacific Asia Museum. 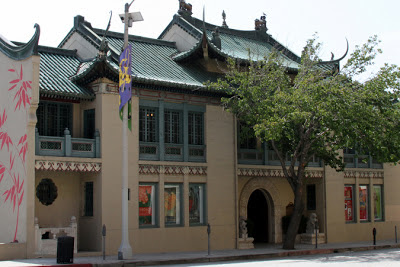 Over the course of four decades an impressive collection of modern works were added to Pasadena Art Museum's resources and it earned an international reputation for presenting acclaimed exhibitions of 20th century art, including that retrospective of the works of Marcel Duchamp, the opening of which was attended by the fab four in the top photo as well Duchamp himself.

Eventually insurmountable debts began to cripple its operations and the hopes for future exhibitions of renowned modern works.

Enter industrialist Norton W. Simon (1907-1993), one of the foremost art collectors in the world, who was seeking a permanent location for his $750 million collection of 4,000 works.

Here he is with Rembrandt's 1655 "Portrait of a Boy in Fancy Dress." 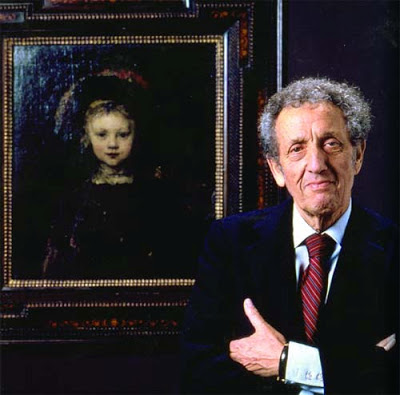 Simon paid off the Pasadena Art Museum's debts in 1975, took over management of the institution and began to add his collections to theirs.

And what about that caveat with the City of Pasadena about a permanent museum being established on the Carmelita site?

Since 1975 the Norton Simon Museum has occupied about seven acres there that are still owned to this day by the City of Pasadena. 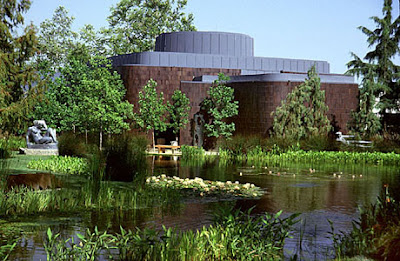