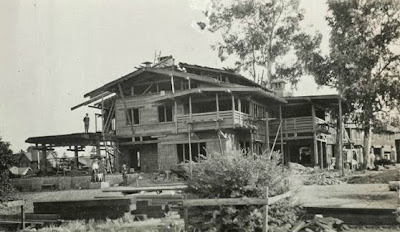 David Berry Gamble, the son of Proctor & Gamble co-founder James Gamble, commissioned architects Charles and Henry Greene to design a home in Pasadena that would become a permanent residence where he would live out his days with his wife Mary.

They lived in Cincinnati where Gamble had taken over the reins at Proctor & Gamble years before, retiring in 1895 and spending several winters at Pasadena resort hotels. In 1907 David and Mary purchased a lot on Westmoreland Place along "Millionaires Row"; Greene & Greene completed the design of The Gamble House  in February 1908 and ground was broken the following month. 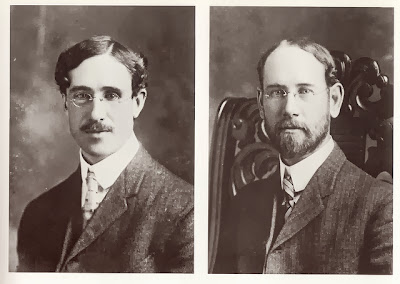 Here's an invoice from the builder: 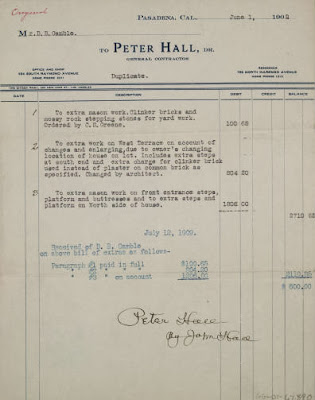 The completed house -- view from the north: 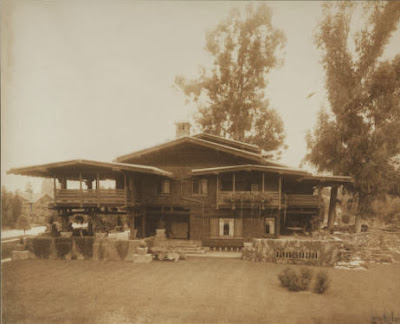 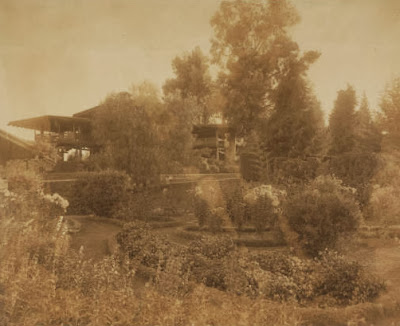 One of the terraces:﻿ 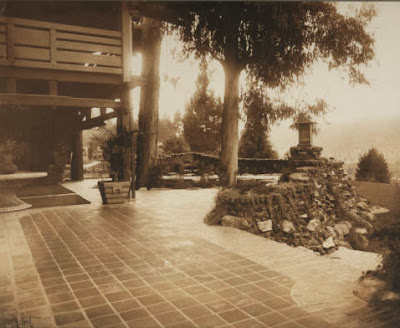 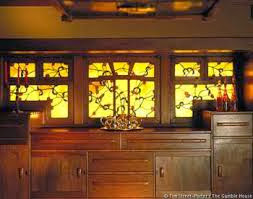 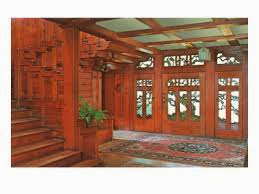 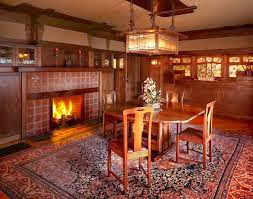 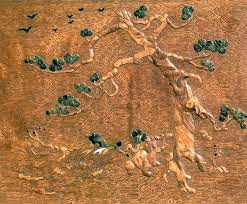 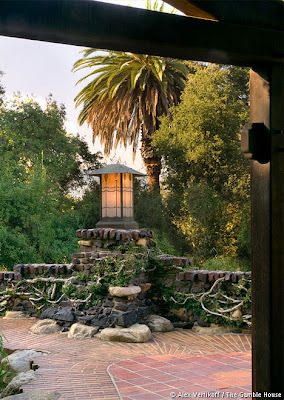 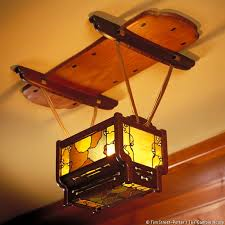 The coolest staircase ever: 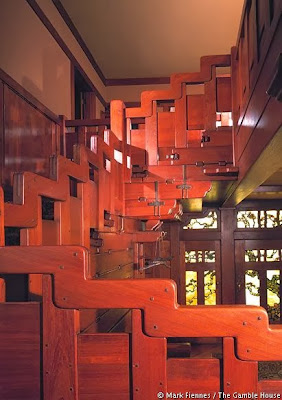 After David passed away in 1923 and Mary in 1929, the house was occupied solely by Mary's sister, Julia Huggins. Following her death in 1946, Cecil and his wife Louise moved into the house and made plans to sell it.

When they learned the prospective buyer planned to paint all of the interior teak and mahogany woodwork white, they put a halt to the sale. They were well aware of the historic and artistic significance of the house and decided to keep it in the family.

Twenty years later the Gambles deeded the house to the City of Pasadena, which owns it to this day*; it is managed by the USC School of Architecture. 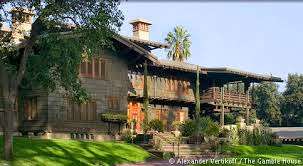 The Gamble House is a national historic landmark and the only one of the Greenes' works open to the public. All of the original furnishings and fixtures designed by the architects remain in place.

The Gamble House is open for regularly scheduled and special tours, all led by docents. Note to women planning to wear heels: Don't do it! You'll be required to take them off and don unattractive booties to preserve the wood flooring.

And the bookstore in the original garage is a must-visit!

* The City of Pasadena owns several other high-profile properties, including the Wrigley Mansion, the former National Guard armory occupied by Armory Center for the Arts and the lands on which the Norton Simon Museum and the Pasadena Senior Center are located.

Many thanks to the Greene and Greene Archives at Huntington Library, Art Collections and Botanical Gardens and the Gamble House.
Posted by Ann Erdman at 12:12 PM