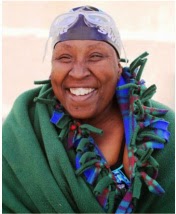 Vivian Stancil, a Riverside resident, was honored Sunday evening with the Personal Best Award at the Pasadena Senior Center by the National Senior Games Association with Pasadena's own swimming legend John Naber presenting the award.

The audience of about 250 was made up mostly of athletes who are competing in this year's Pasadena Senior Games plus members of Vivian's family.

I was there as the PR consultant for the Pasadena Senior Center and I can tell you it was one of the most heartwarming and inspiring events I have ever witnessed.

Vivian Stancil is not just any swimmer. She can't see the water. 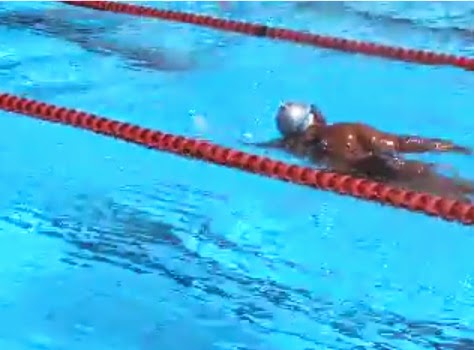 Raised in a series of foster homes since the age of seven after her mother died in childbirth and her father could not cope with the grief, she developed retinitis pigmentosa at age 19 that left her completely blind.

Instead of feeling sorry for herself, she resolved to get a college degree and then became a Head Start early learning teacher. She has been married to her husband for 34 years, and their children have enjoyed normal, healthy lives.

Fast forward several years when she was in her early 50s and decided to take swimming lessons just to get healthy. . .even though she had a lifelong fear of water.

She was gripped by a panic attack when a swimming instructor helped her ease into the pool for the first time but Vivian was determined and found the strength to follow through. A few months later she began participating in local swim meets for fun.

Now, at age 67, she has competed in official Senior Games at the regional, state and national level over the past 10 years, amassing a whopping 55 gold medals, 34 silver medals and 12 bronze medals. 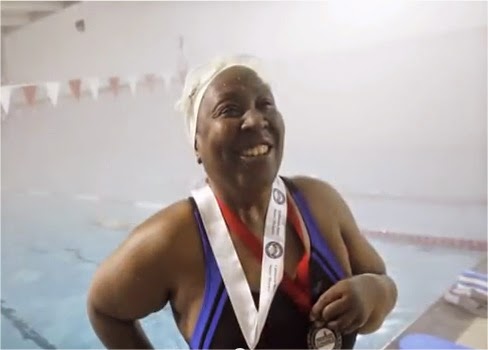 To paraphrase John Naber, just stop and imagine this for a moment:

Humbled by this selection, Vivian resolved to pay it forward. So four months after she competed in her first National Senior Games, she created the Vivian Stancil Olympian Foundation to help senior athletes and at-risk youths participate in sports and fitness.

So of course it was a great honor when John Naber, who won four gold medals and one silver medal and set six world records at the 1976 Olympics, presented Vivian with the Personal Best Award, which is a very nice plaque from the National Senior Games Association.

In presenting the award, John said, "Vivian Stancil may not have sight, but she possesses incredible vision."

And then he did something that surprised everyone.

He pulled out one of his Olympic gold medals and told Vivian it was hers to wear for the rest of the evening. 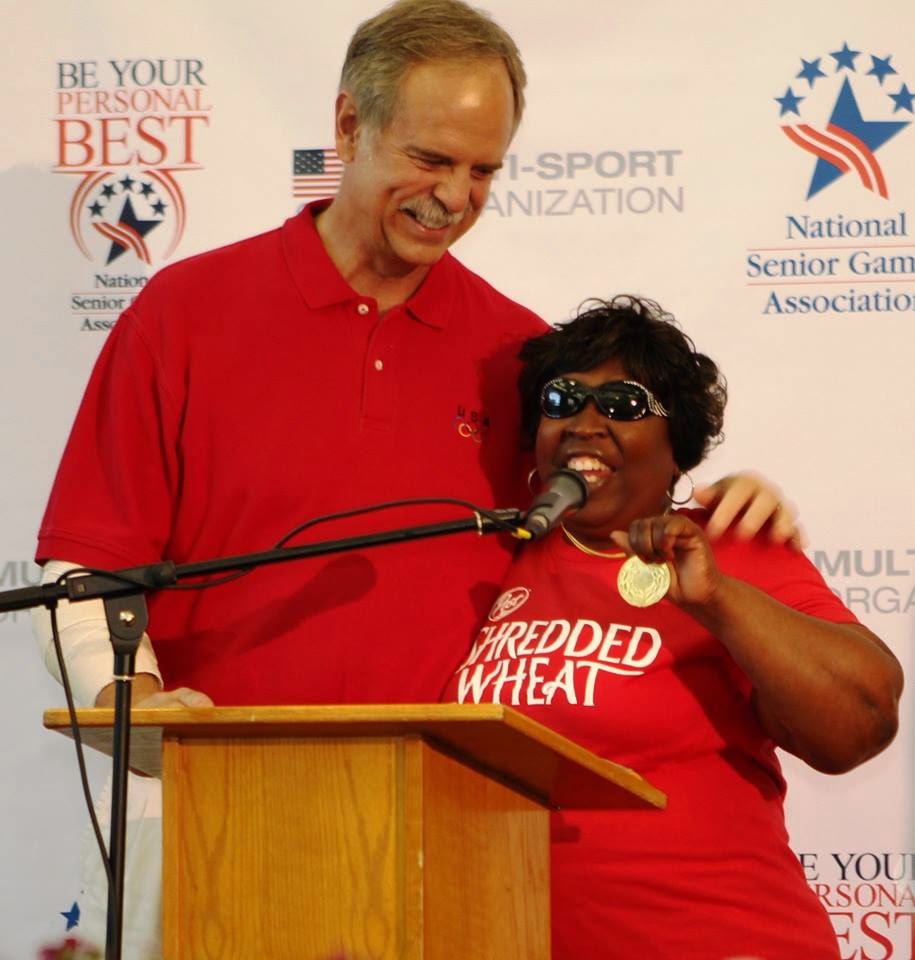 Vivian said, tearfully, "This is so amazing. I'm so grateful. And to wear this medal! I just want to say that whatever problems you have, you can overcome them. Anybody can do this, not just me."

There wasn't a dry eye in the house. The Pasadena Senior Games, the Southern California qualifying events for the California Senior Games Championships, are ongoing through the end of this month with about 30 competitive athletic events ranging from archery to volleyball at venues in Pasadena and throughout the greater L.A. area.

Come out and see what these incredible athletes are made of!