In the Dust Are All My Dreams 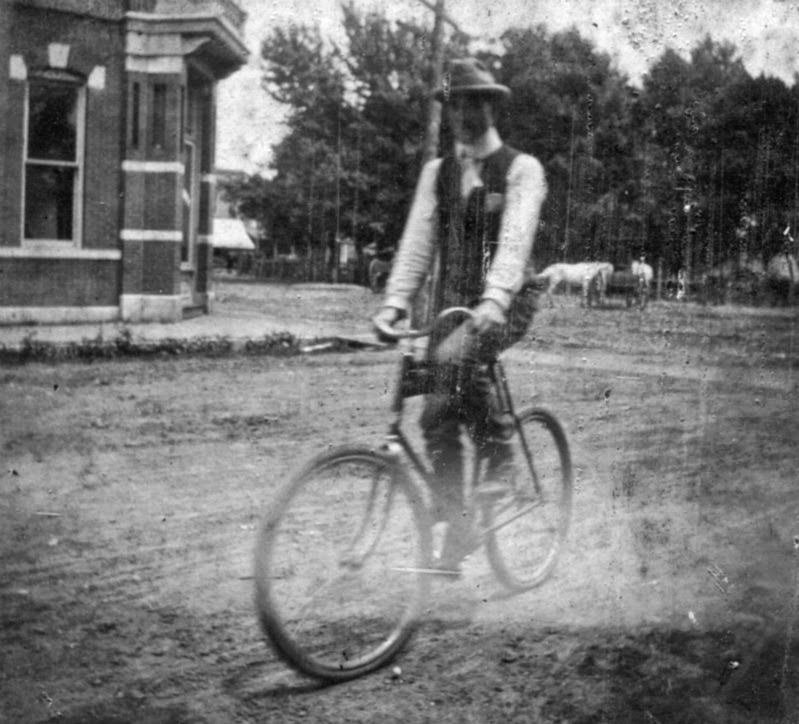 I love this photo of my maternal great-grandfather, Edwin Franklin Jackson (1878-1930), as a young man riding a bicycle. Note he is dressed for success and has taken off his suit jacket.

An ambitious and charismatic man, he rose through the ranks at the First National Bank of Rogers, Arkansas, within a period of just 10 years from assistant cashier to president and was a highly respected community leader.


Here is a more formal photo: 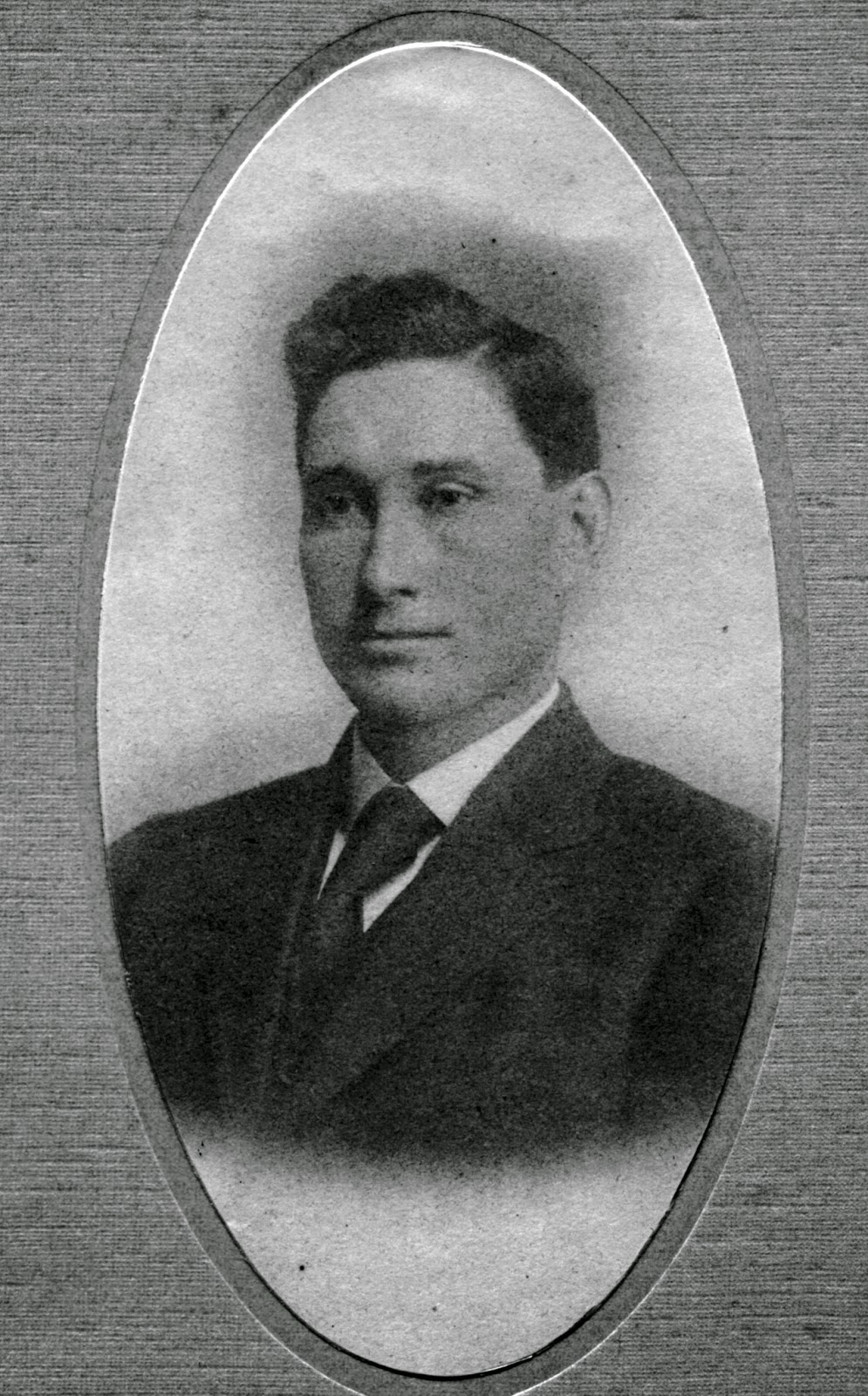 He married my great-grandmother Carrie May Craig in 1899.

Here they are on a fishing trip: 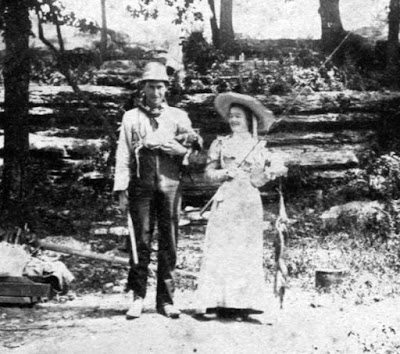 She died in 1904, leaving him with two children -- my beloved maternal grandma Charlotte, age 2, and my granduncle Craig, 4. 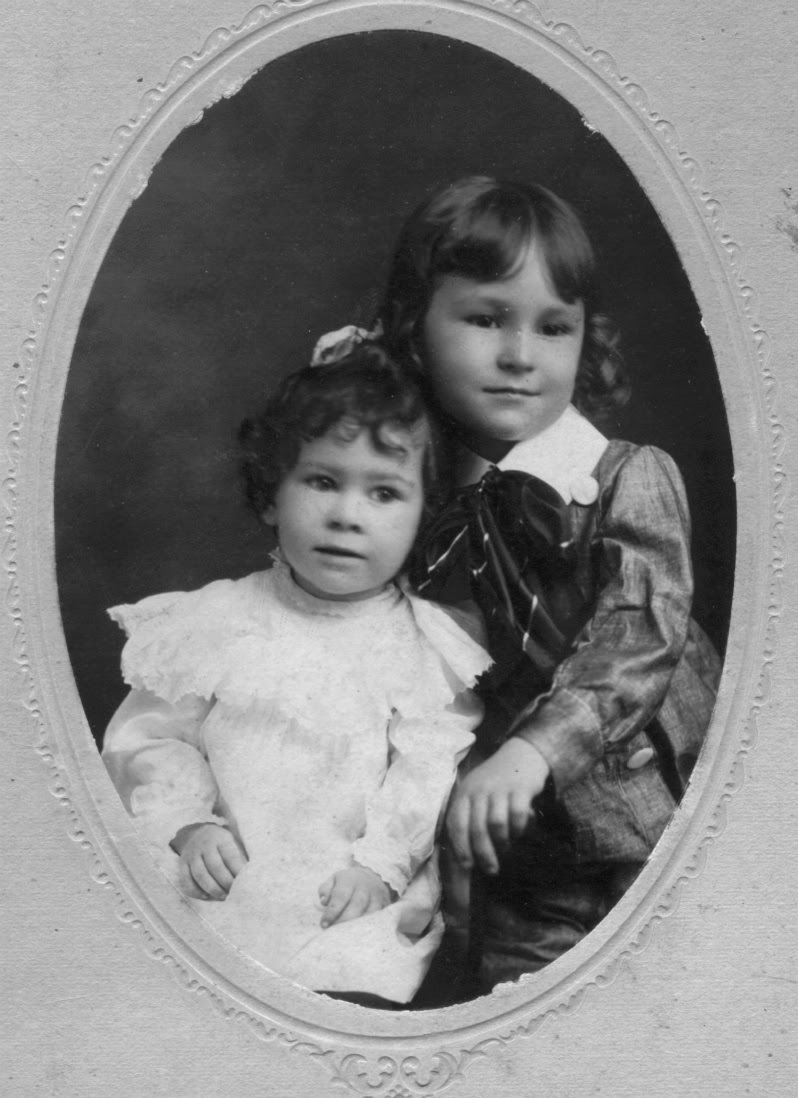 The children with their widowed father: 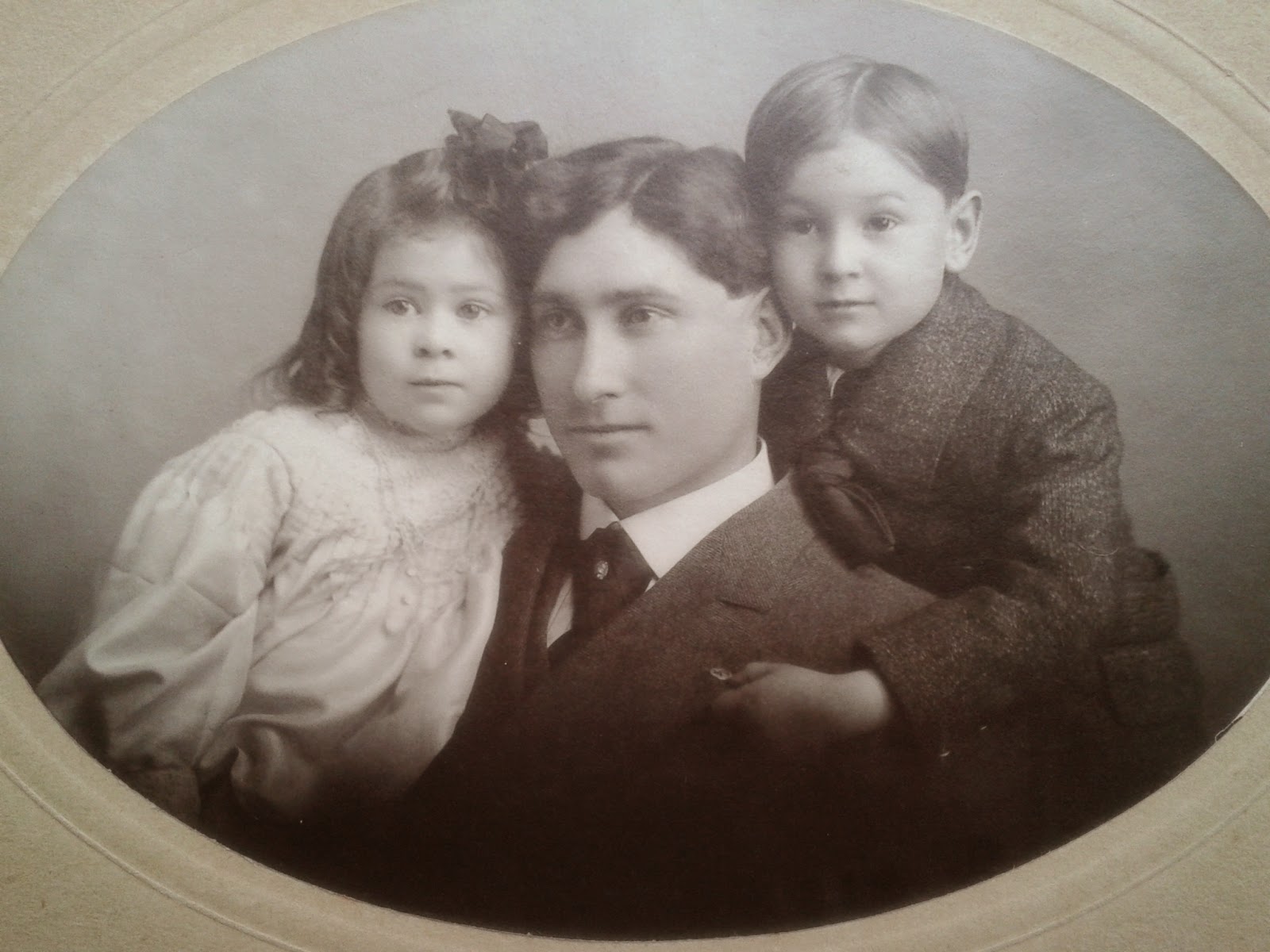 His second wife died in 1918 when their daughter Virginia was only 6 years old.

Eleven years later, the run on America's banks began immediately after the stock market crash of 1929. Overnight, millions of people nationwide began to demand their savings in cash. Bank deposits were uninsured back then, and with such immediate demand most people simply lost their savings. It was the beginning of the Great Depression that lasted 10 years.

With no money left to lend or invest and loans going into default as businesses and farmers went belly up, nearly half of the nation's 25,000 banks had no choice but to close.

The First National Bank of Rogers was no exception.

Many of the bank patrons, including my great-grandfather's lifelong friends and close business associates, blamed him directly and publicly for their financial losses. They were unrelenting in their accusations of mismanagement and illegal activity. 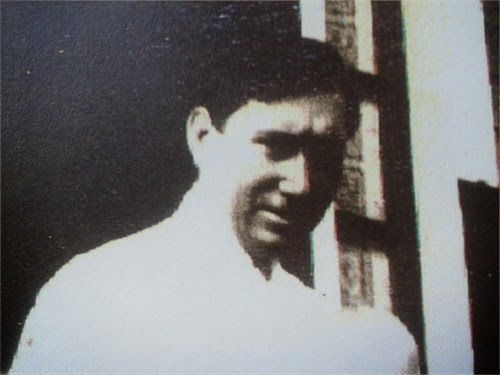 He took it all very personally. His unimaginable grief and humiliation over the community making him the scapegoat for a national crisis became too much for him.

I have lost the hope I had;
in the dust are all my dreams


On Dec. 29, 1930, Edwin Franklin Jackson picked up some carbolic acid from the Applegate Drug Store, went home and then upstairs to his library, kindled a fire, took a seat in a chair near a window and drank the poison.

When his body was found by his third wife, a 1921 book of poetry next to him was open to a page with this poem by Edgar A. Guest:

The Loss is Not So Great

It is better as it is: I have failed but I can sleep;
Though the pit I am now in is very dark and deep
I can walk to-morrow's streets and can meet to-morrow's men
Unashamed to face their gaze as I go to work again.

I have lost the hope I had; in the dust are all my dreams,
But my loss is not so great or so dreadful as it seems;
I made my fight and though I failed I need not slink away
For I do not have to fear what another man may say.

They may call me over-bold, they may say that I was frail;
They may tell I dared too much and was doomed to fail;
They may talk my battle o'er and discuss it as they choose,
But I did no brother wrong -- I'm the only one to lose.

It is better as it is: I have kept my self-respect.
I can walk to-morrow's streets meeting all men head erect.
No man can charge his loss to a pledge I did not keep;
I have no shame to regret: I have failed, but I can sleep.

Here is an excerpt from the 1991 audio-taped memoirs of Virginia Jackson Leflar, my great-grandfather's youngest daughter:

"There were just problems like every bank had at that time. After he died, investigators came in and found that he hadn't done anything illegal."