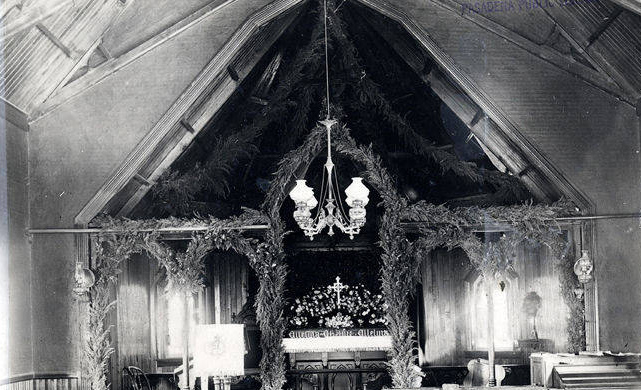 Daniel wins with his 10:38 a.m. guess "I am thinking it is the original All Saints Church on Euclid Avenue during the Christmas season."

In the 1886 photo above, All Saints Church is decorated for Christmas services.

Here's a more modern look at All Saints at Christmas: 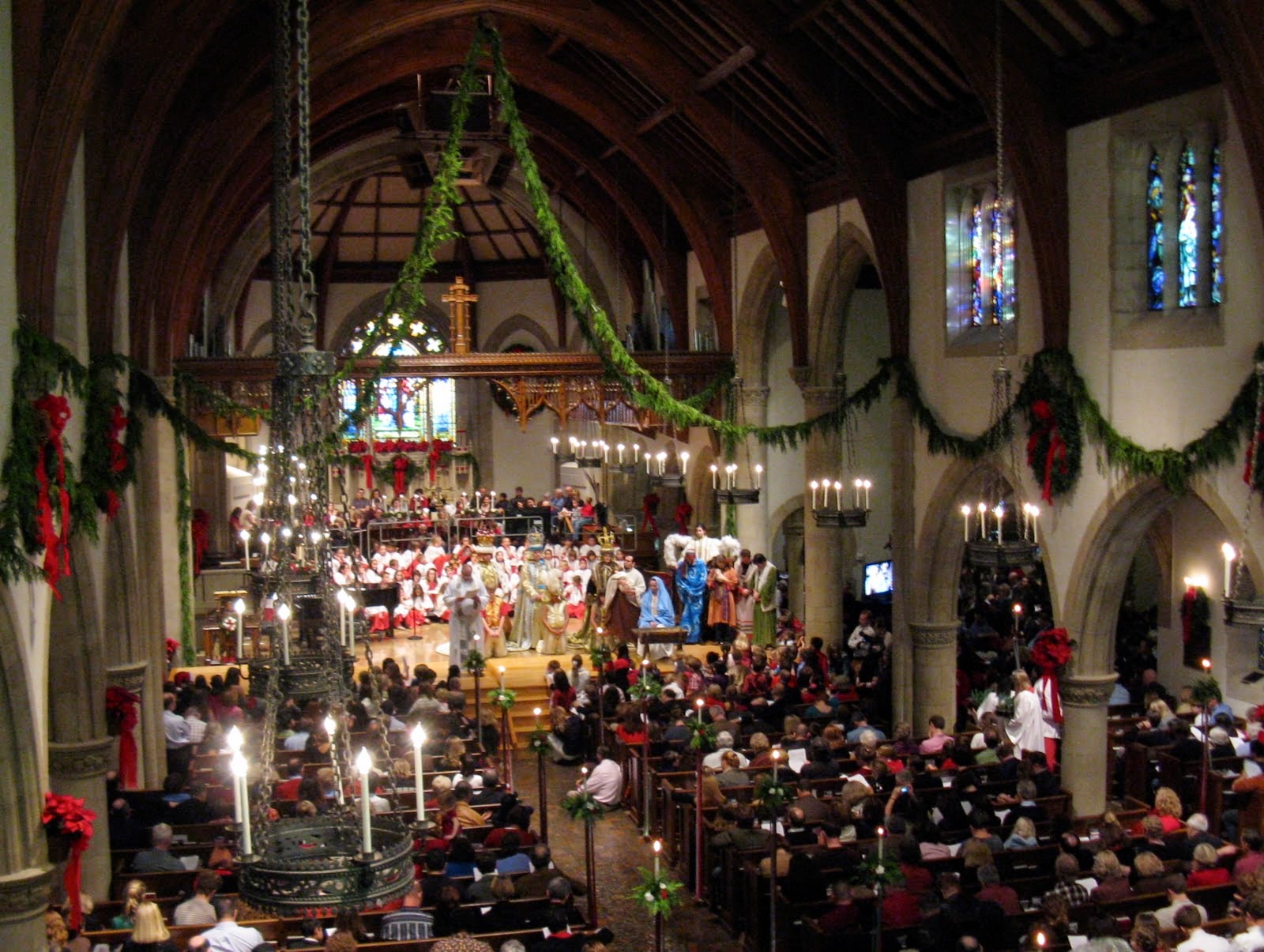 All Saints was founded in 1883, the first Episcopal parish in Pasadena. Members who had begun meeting in a private home three years earlier purchased a site among orange groves at Garfield Avenue and Colorado Boulevard in 1885 and built a small wooden church there. 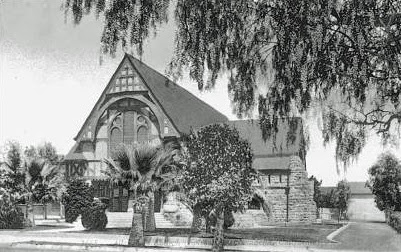 In 1889 a newer, temporary church opened at 123 N. Euclid Avenue. As the congregation grew, additional space became a priority. In 1923 the architectural firm Johnson, Kaufman and Coate was commissioned to design a new building.

The beautiful new church, designed in a Gothic Revival style, was dedicated in 1924, three years before Pasadena City Hall was built.

Here's a photo of City Hall under construction with All Saints in the background. 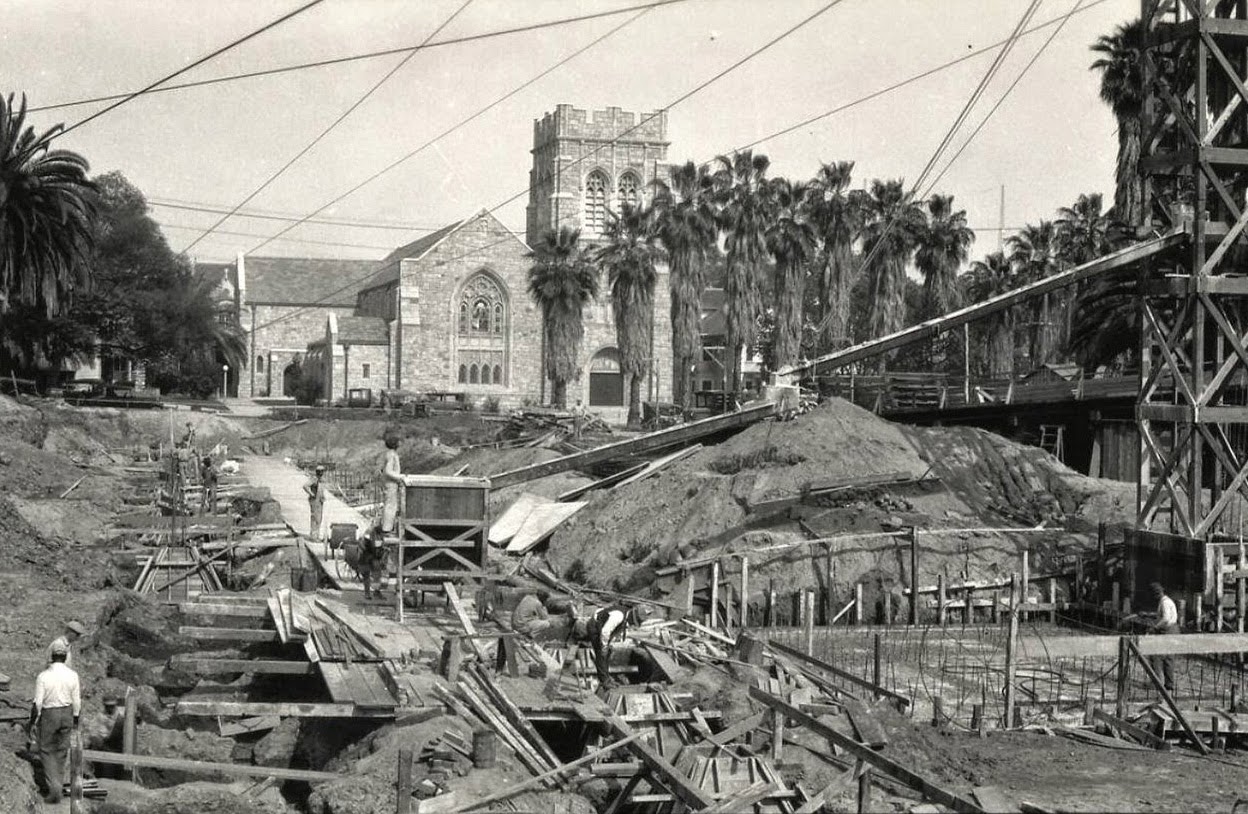 Constructed of stone quarried from Bouquet Canyon in the Santa Clarita Valley and roofed with Vermont slate, the church houses a large display of decorative arts in the style popular in the early years of the 20th century, from the Ernest Batchelder floor tiles to windows created by Tiffany and Judson Studios. 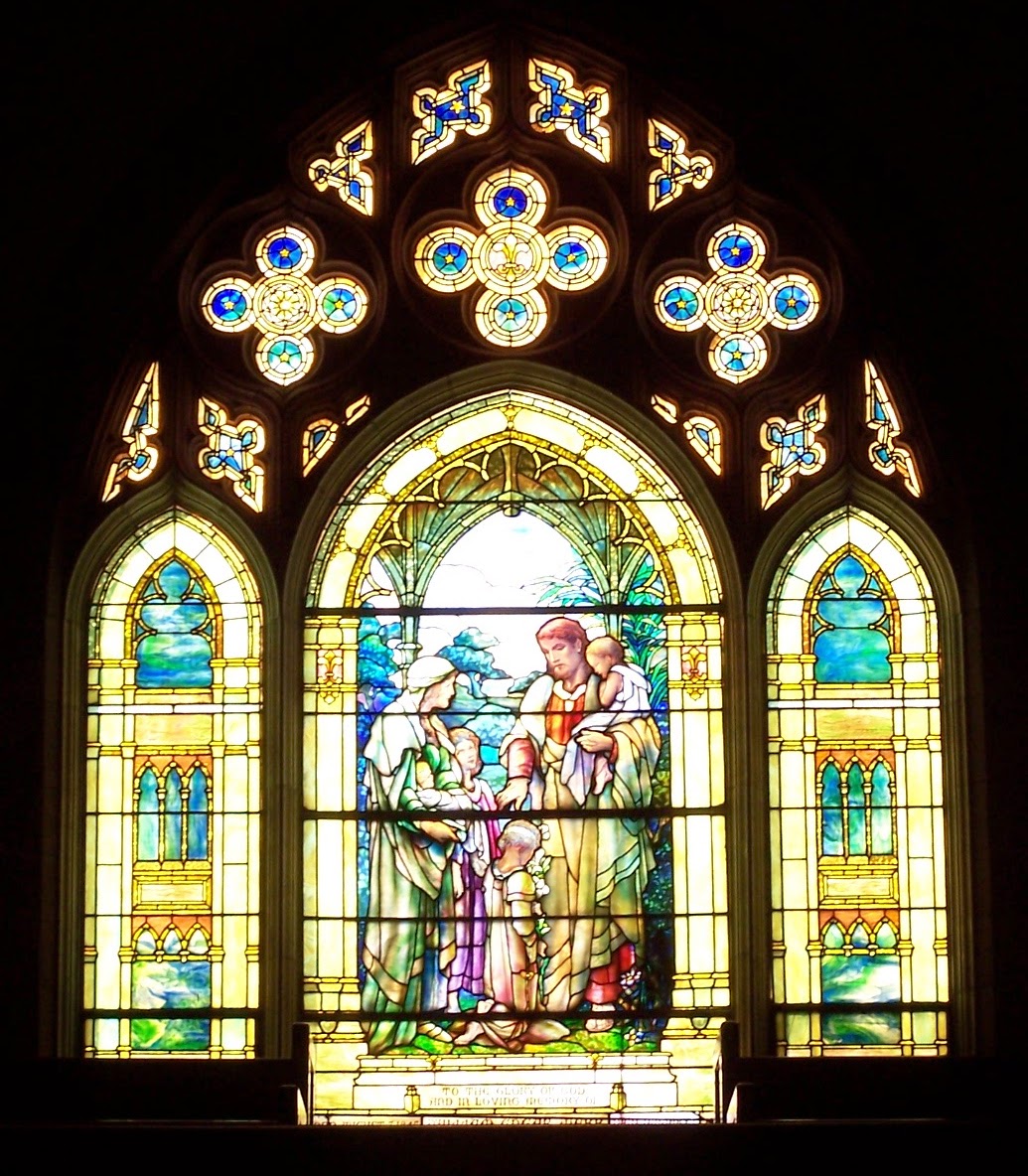 All Saints Church is listed in the National Register of Historic Places as part of the Civic Center Historic District. 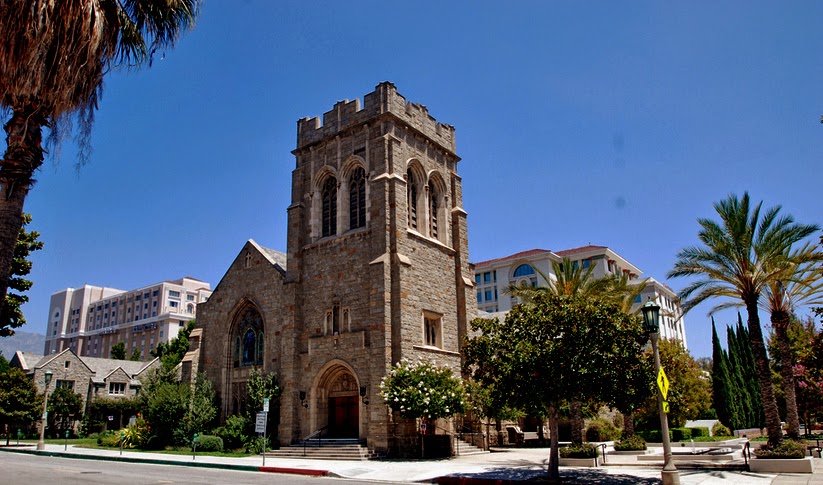 Many thanks to Pasadena Public Library, All Saints Church, Walk N Ride LA and Michael Locke.
Posted by Ann Erdman at 12:00 AM