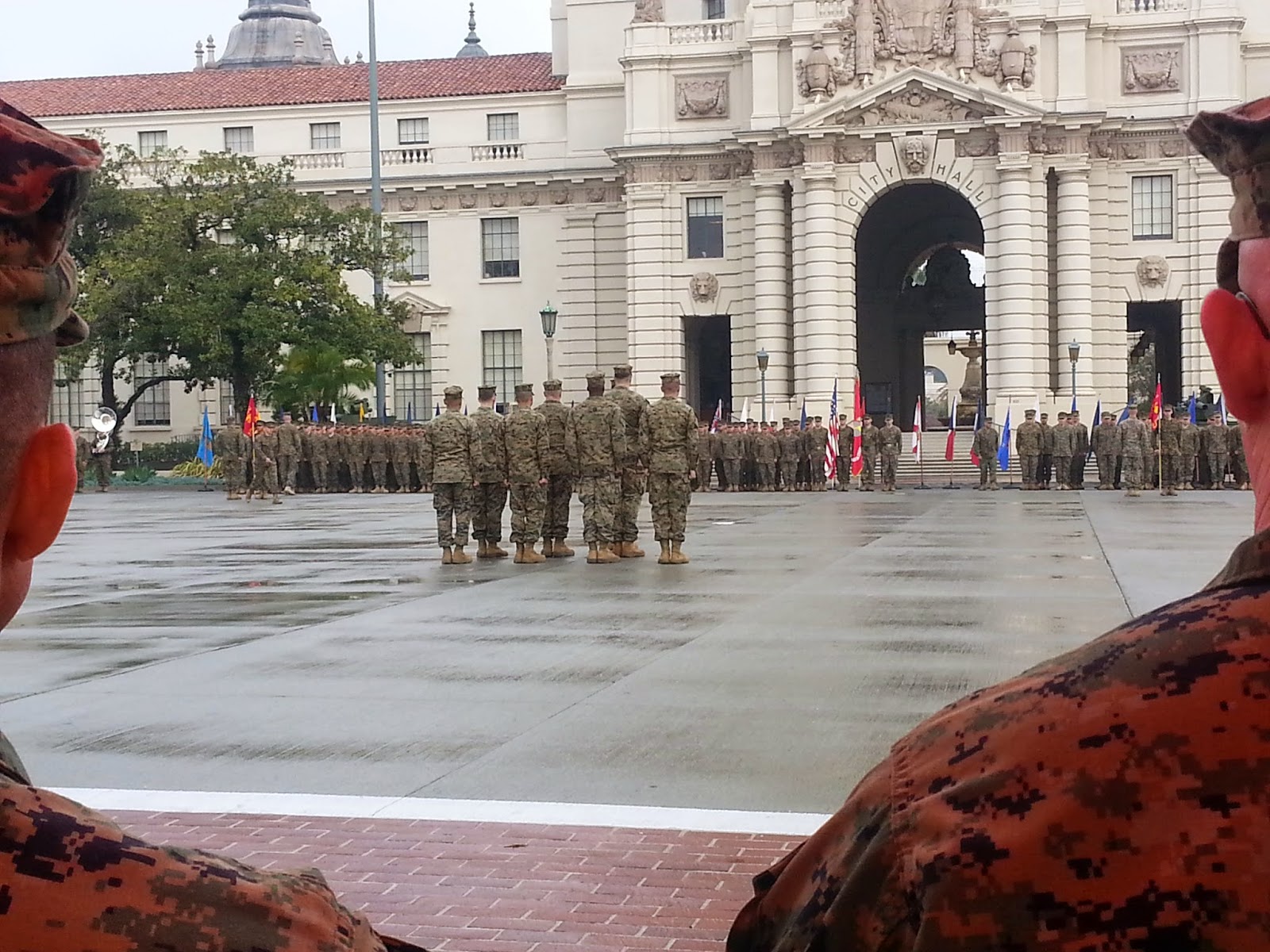 Today the rain took a break for a few minutes to allow a very special event to take place in Centennial Square in front of Pasadena City Hall.

Many of you are aware of the Pasadena U.S. Marine Reserve Center. It is the headquarters for the 2nd Battalion, 23rd Marine Regiment, a reserve infantry battalion with about 1,000 Marines and Sailors from the western U.S. that has provided -- from World War II to the global war on terror -- trained combat personnel and units to augment and reinforce active duty forces in times of war, national emergencies and at other times as national security requires.

Today's ceremony was for a change in command of the 2/23 as the responsibility was handed over to Lt. Col. Garth Massey from Lt. Col. Sean Day, who has commanded 2/23 for some time.

During the Transfer of the Colors, Lt. Col. Day passed the 2/23 flag to Lt. Col. Massey (left) in front of Sgt. Major Mark Wheeldon. 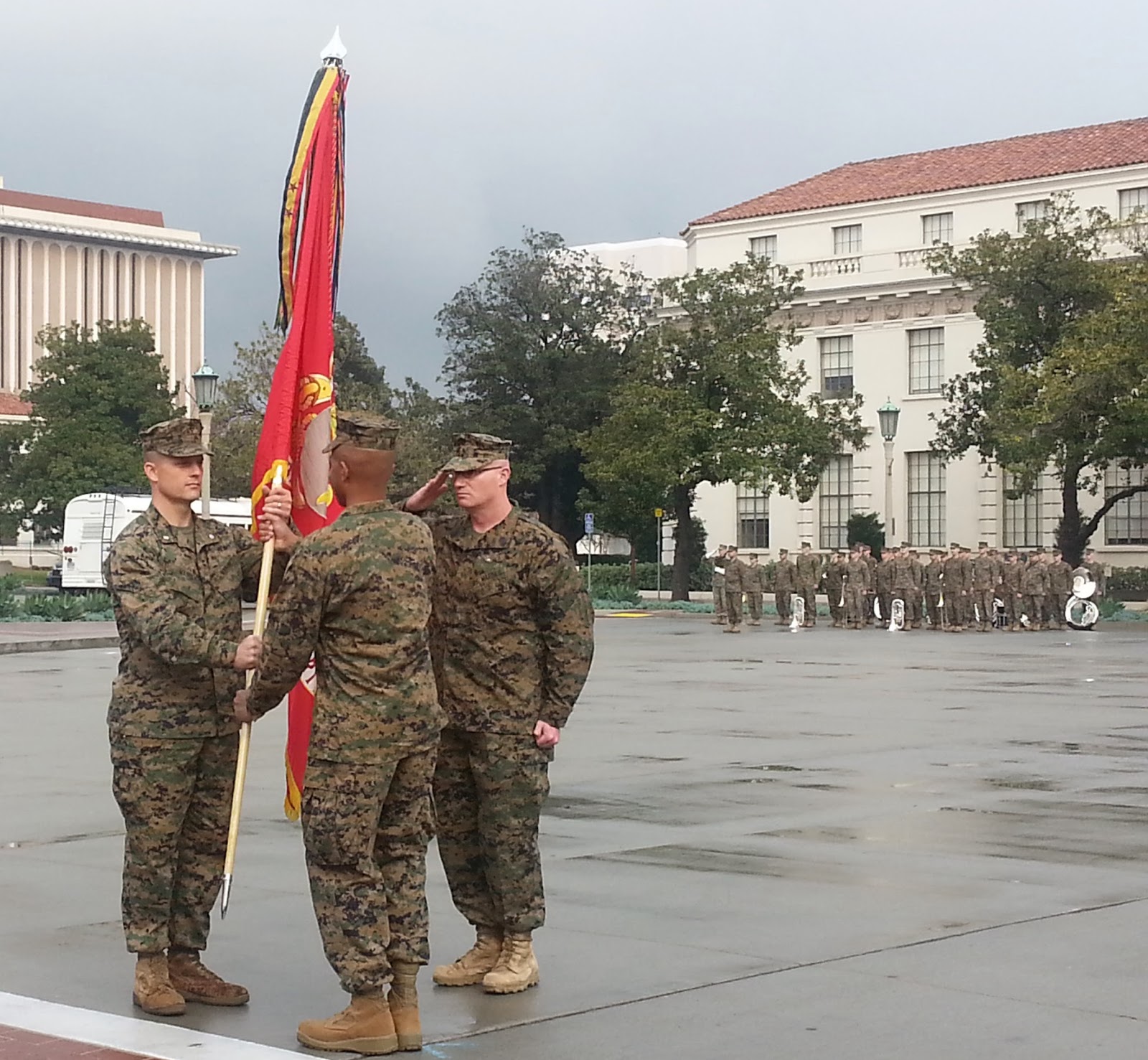 Lt. Col. Day and his family received special honors, which was very nice. He, his wife and daughter flew down from San Francisco and his parents and other family members came all the way from Georgia. He received a special medal by order of President Obama and his wife and parents each received special commendations. 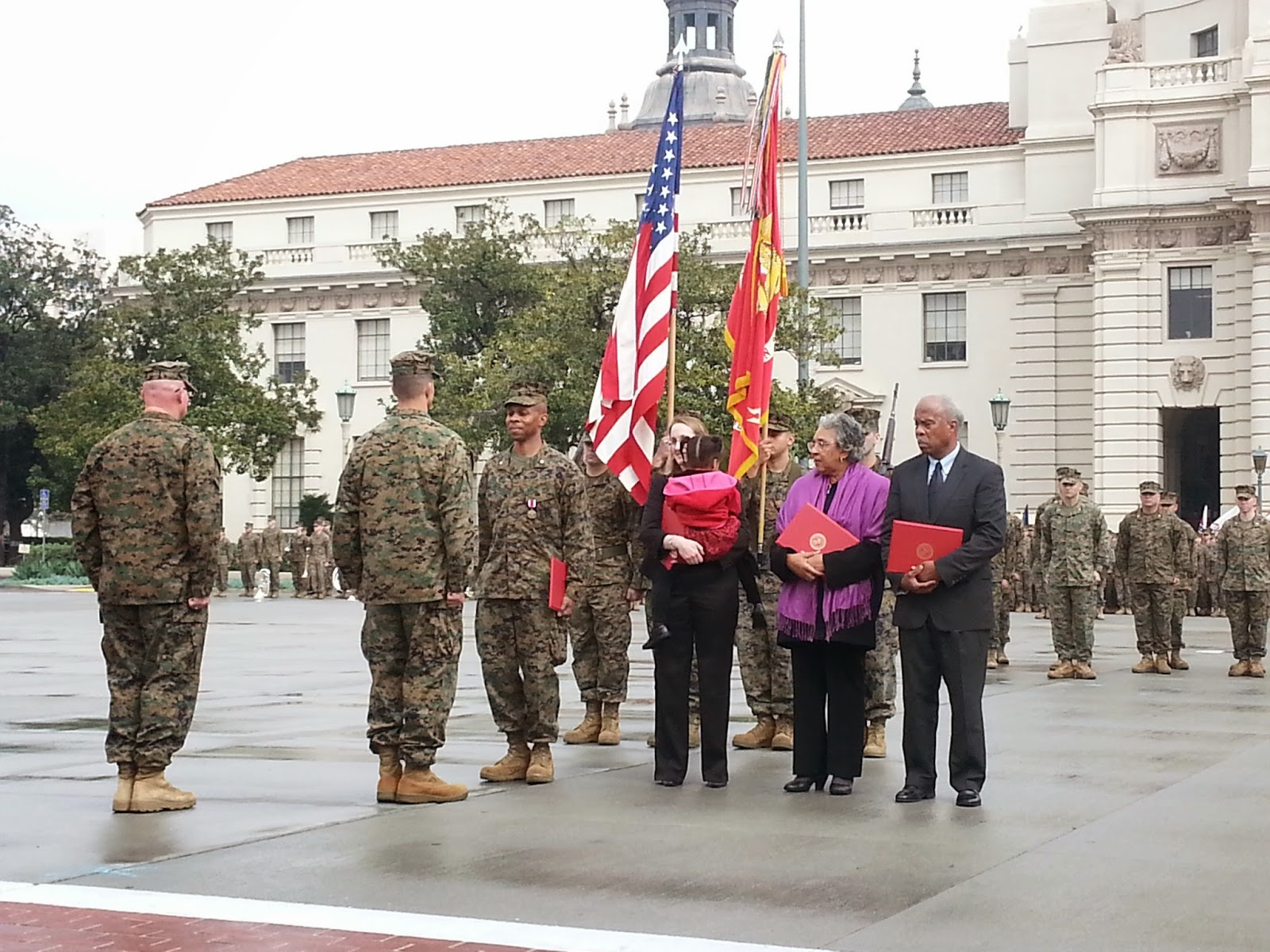 Representatives of 2/23 battalions from Pasadena to Salt Lake City, led by the outstanding 2/23 Marching Band, paraded in formation to pay their respects to their outgoing and incoming commanders. 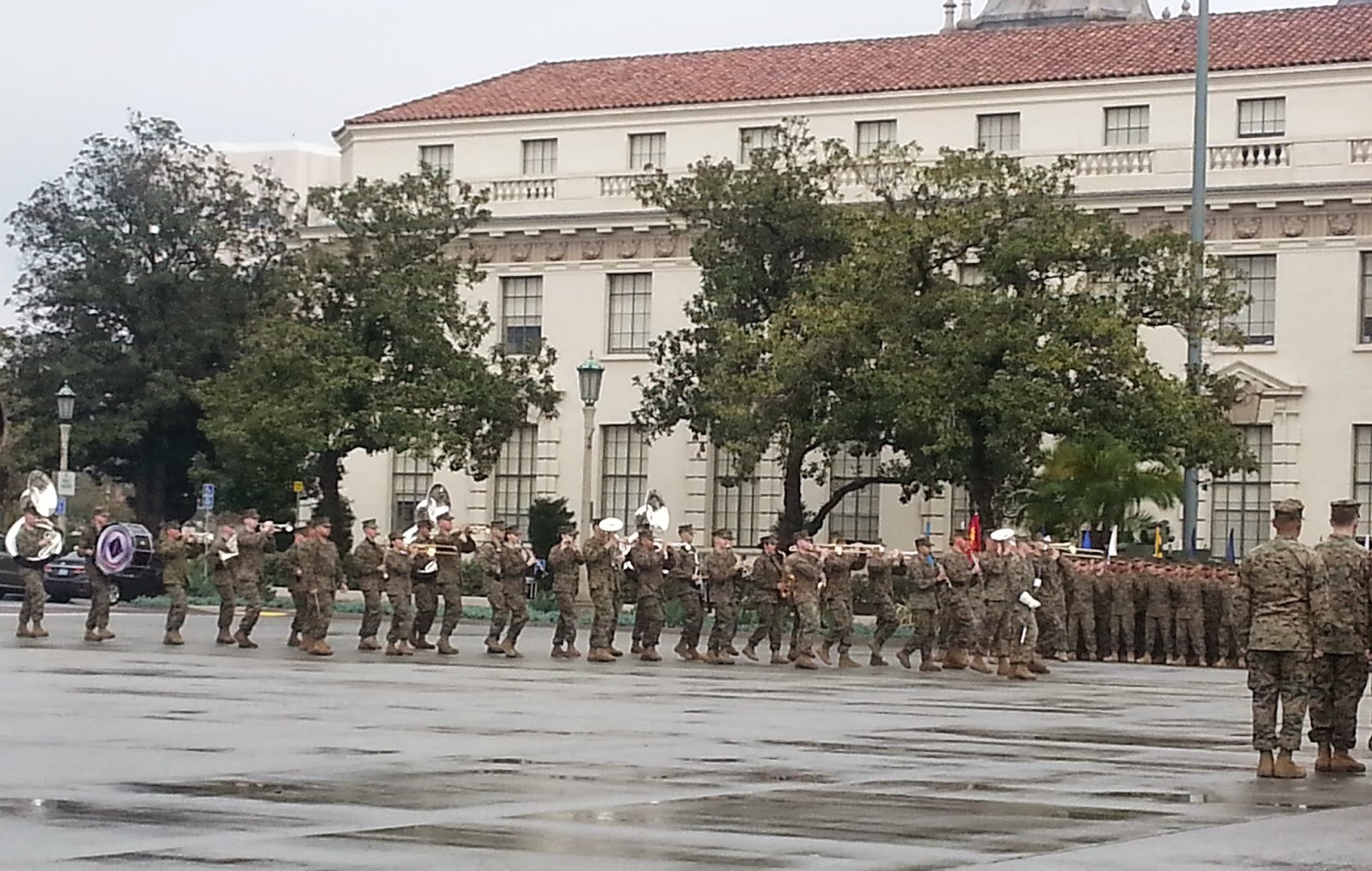 Since being commissioned as a U.S. Marine officer in 1996, Lt. Col. Massey's active duty and reserve career has included service in Iraq, Africa and the U.S. His military specialties are heavy armor, negotiations, operations and tactics. He is a certified operations and tactics instructor, earned executive certification in advanced negotiations from the University of Notre Dame and a master's degree in business administration from Regis University.

Lt. Col. Massey lives in La Cañada-Flintridge with his wife Kathleen and their four children. In his civilian capacity he is the founder of a MLMethods (Military Leadership Methods) and founder and CEO of the nonprofit Veterans for American Business Development that encourages employment of vets. He serves on the boards of directors for L.A. Mayor Gil Garcetti's 10,000 Strong Initiative, the Master of Business for Veterans program at USC's Marshall School of Business and the Devil Pups Youth Program for America.

This is his photo from the printed program for today's ceremony: 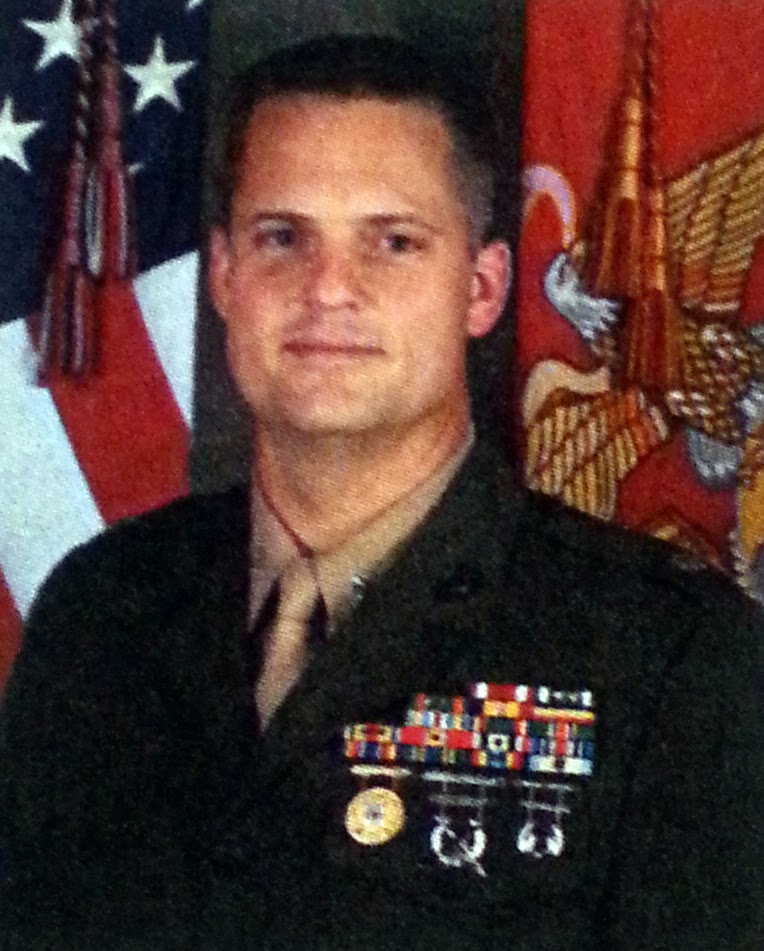 It was my privilege to meet him today and speak with him for a few minutes.

Military and civil relations are critical in times of war and peace. I am honored to serve on the Citizens Support Committee for the Pasadena U.S. Marine Reserve Center.

I wrote a blog post about the Marine Reserve Center in September. You can see that here. You can also find related photos in an album on Facebook.

I'll close this post with one final photo from today's ceremony: Lt. Col. Day and Lt. Col. Massey saluting each other. 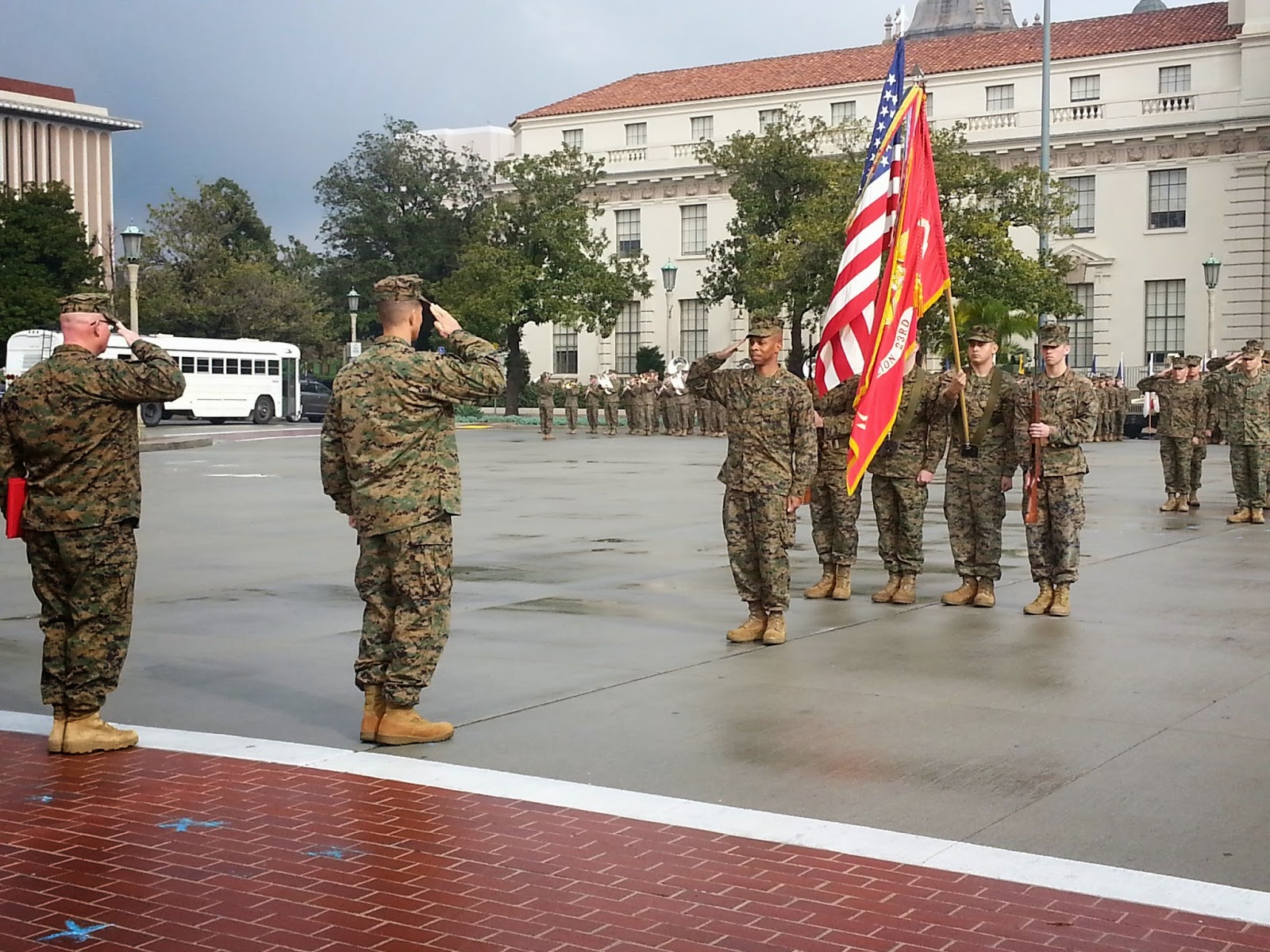