You're Invited to a Very Special Event Oct. 2 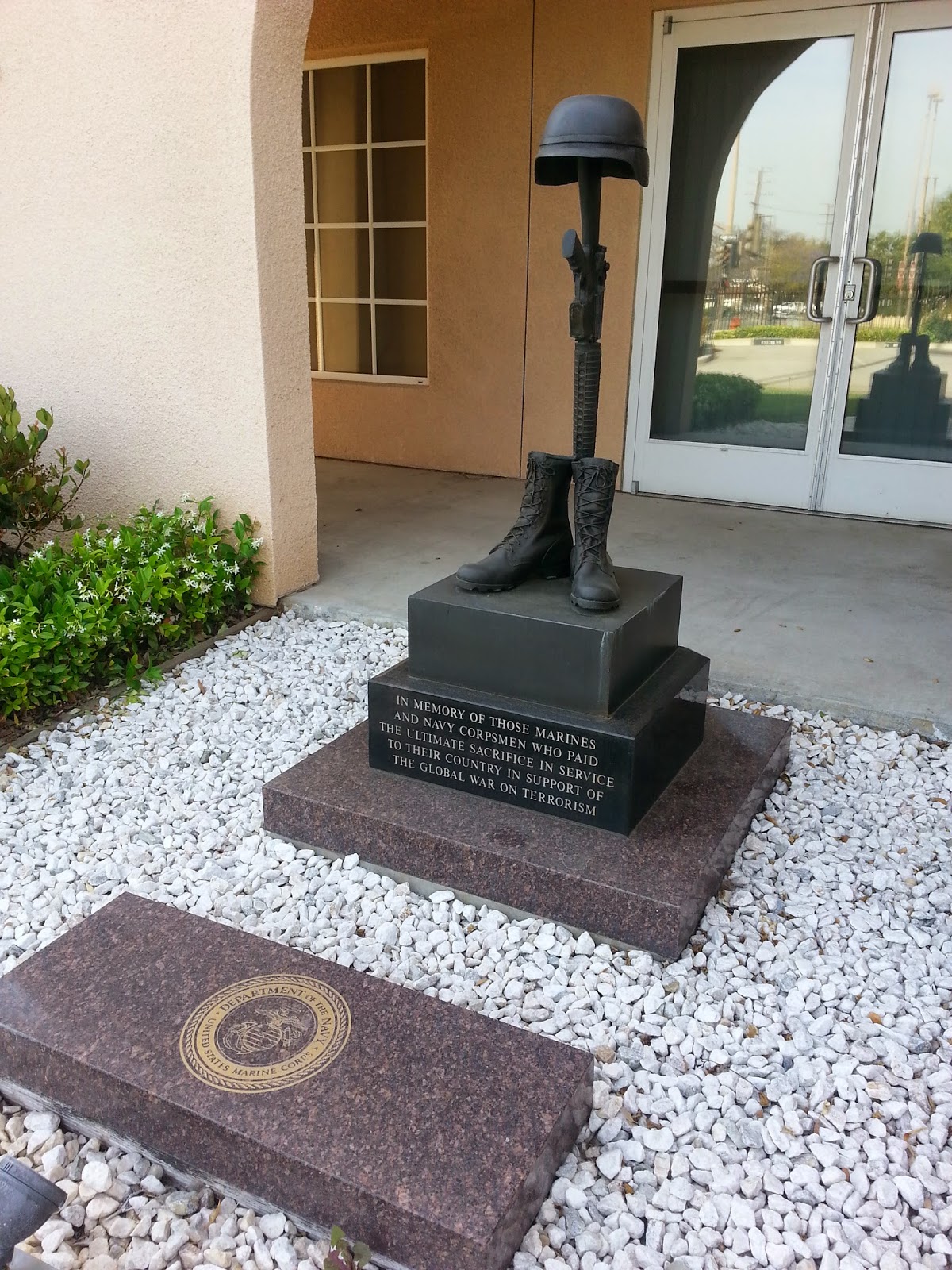 Some of you may know that I serve on the Citizen Support Group for the U.S. Marine Corps Reserve Center in Pasadena -- 2nd Battalion, 23rd Marine Regiment, commonly known as 2/23.

The center will be open to the public Thursday, Oct. 2, at 5 p.m. for the dedication of a memorial to fallen U.S. Marines who made the ultimate sacrifice in the global effort to eradicate terrorism.

The intent of such a memorial is not to glorify war or even commemorate some great victory of the past.*

Ordinarily closed to the public, the center is at 2699 Paloma St. at the northwest corner of Paloma Street and Sierra Madre Boulevard just south of Pasadena High School. Parking is available at Victory Park, half a block from the center. Public entry to the center will be through the gate on Paloma Street. 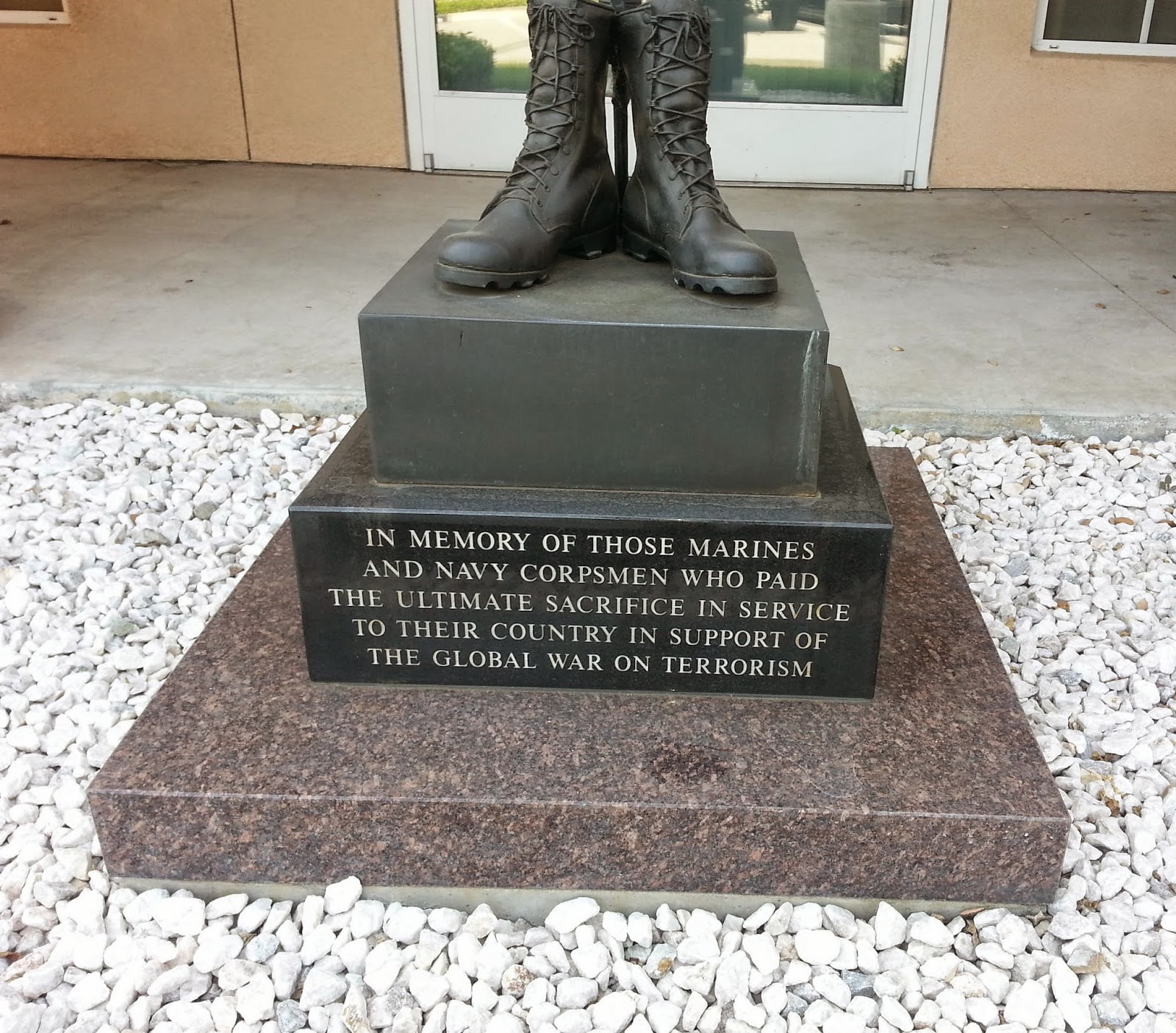 U.S. Marines and reservists at the center will take time from their normal duties to pause and reflect on the sacrifice of others who have worn the same uniform. They also will be on hand to greet community guests, who are encouraged to see the memorial up close, take photos and participate actively in the event that will conclude with the lowering of the American and U.S. Marine flags during the end-of-day colors ceremony.

Resting near the flagpole and the entrance to the main building, the memorial is a source of great pride for the Marines at the center.

We honor their sacrifice and remind ourselves
of the need to be ready to answer our nation’s call. 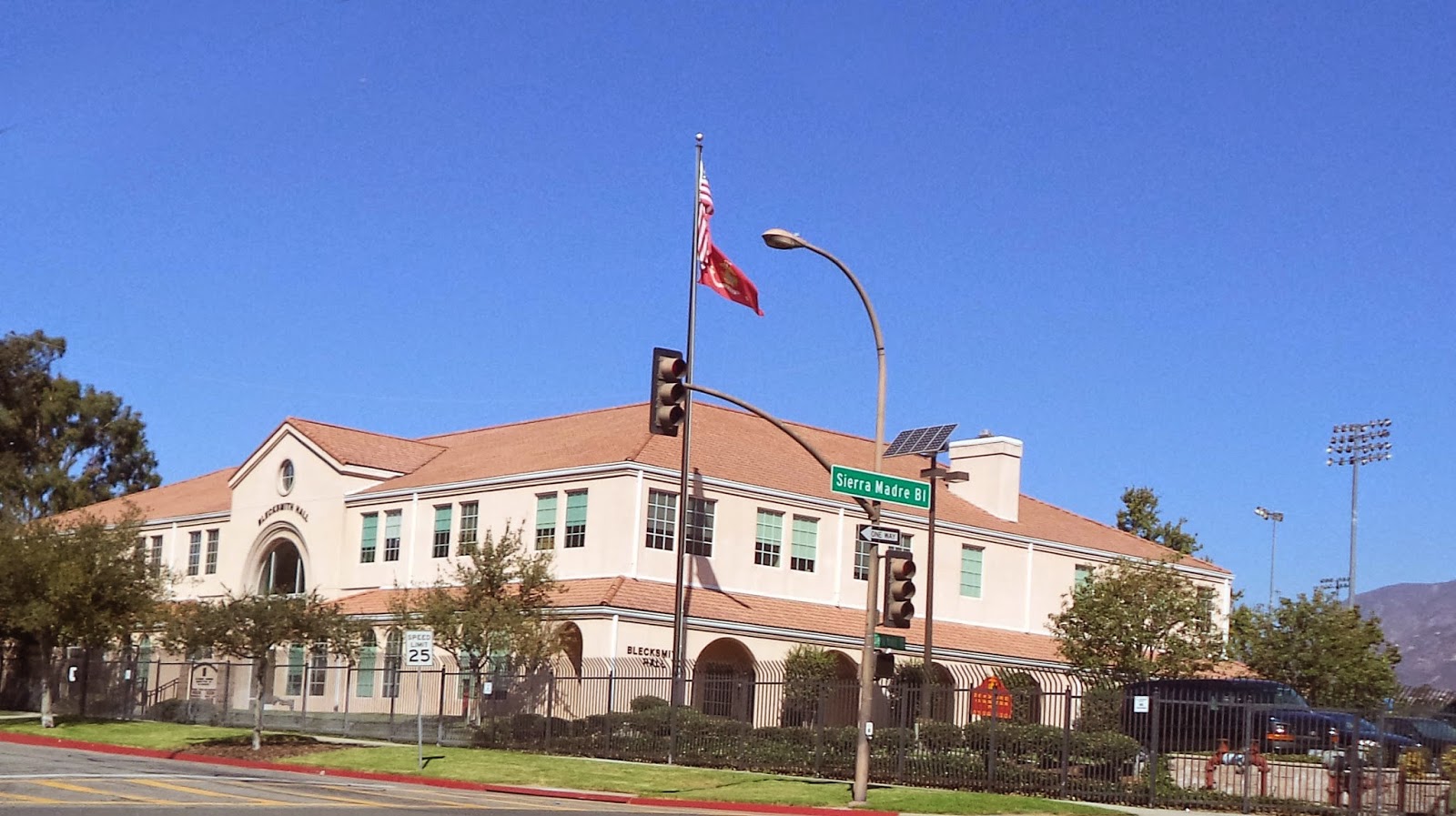 The 2nd Battalion, 23rd Marine Regiment is an infantry reserve unit that provides trained personnel to augment and reinforce active duty units in times of war, disasters and other situations as national security requires. About 30 active duty and reserve Marines are on staff daily at the U.S. Marine Corps Reserve Center in Pasadena. Many live locally and are active in the community year-round.


We also remind those who have fallen that we have not forgotten them and that we will not let them down.


During monthly training drills there are more than 200 Marines there. These reservists support the local economy by staying in area hotels and engaging in commerce throughout Pasadena.

2/23 also participates in local civic events and military funerals and works in cooperation with the City of Pasadena during local emergencies and natural disasters.

Pasadena Fire Department personnel visited 2/23 in November 2013 with former Pasadena Mayor Bill Paparian (to the right of the sign), who is a member of the Citizen Support Group. Lt. Col. Donald Wright, who commands the Pasadena Marine Reserve Center, is at the far left. 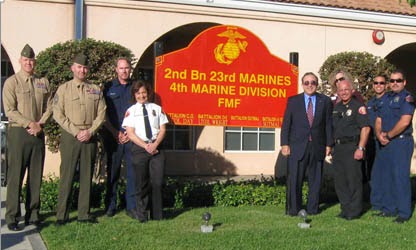 The 2/23 color guard was part of the opening ceremonies for the 2012 Rose Bowl Game. 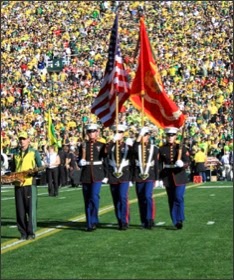 Mayor Bill Bogaard and the Pasadena City Council unanimously voted to adopt 2/23 on Nov. 25, 2013, formally recognizing the relationship between the City of Pasadena and the U.S. Marine Corps Reserve Center, which is on city-owned land.


* The quotes are from a statement about the memorial by Lt. Col. Donald Wright.

Photo credits: I shot all the photos except the Fire Department visit (City of Pasadena) and the color guard (U.S. Marine Corps).
Posted by Ann Erdman at 10:51 AM