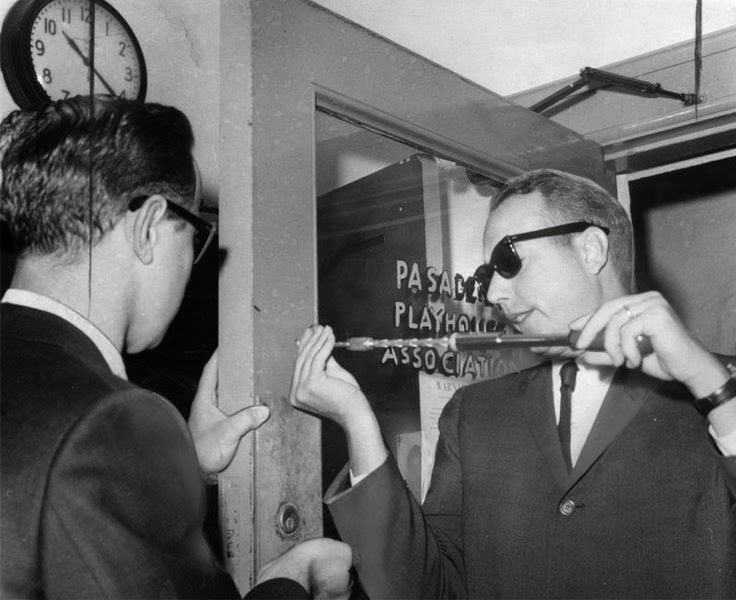 Sonja wins with her 10:06 p.m. Tuesday guess "Pasadena Playhouse was closed by feds." (Sonja, please message me on Facebook or email me at AnnErdmanPR@gmail.com so we can talk about the fabulous prize!)

In this Aug. 28, 1966, photo, federal agents from the Internal Revenue Service attach a special lock system to the door of the Pasadena Playhouse office due to nonpayment of $31,000 in taxes. Locks were also placed on the doors of the main theater and all attached structures.

The Pasadena Playhouse was designed by architect Elmer Grey and the cornerstone was laid in 1924. It was designated the state theater of California in 1937. 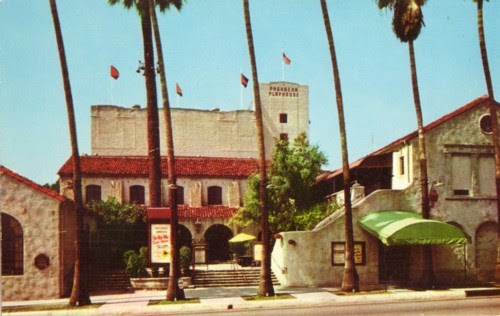 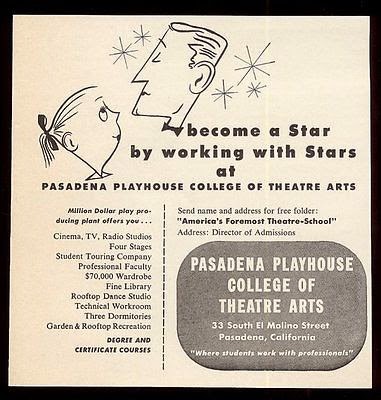 In 1960 founder Gilmore Brown, who had founded the Pasadena Playhouse in 1924, passed away without leaving provisions or instructions in his will for the continuation of theater and school operations.

Actors taking a break from classes in 1957: 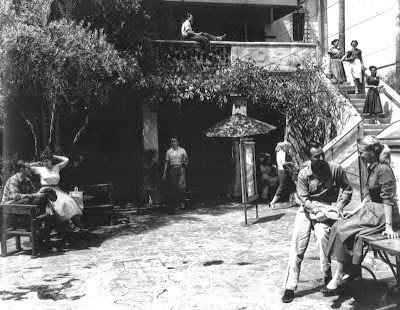 Revenues from the famous college had always funded Pasadena Playhouse productions, but this began changing when colleges and universities all over the nation began introducing their own acting schools. Unable to compete, the the college closed in 1967 and the theater went into receivership in 1969.

In 1970, everything but the physical buildings was auctioned off, from original manuscripts by Eugene O'Neill, Tennessee Williams and other playwrights to the famous Victor Jory bell. Some of the alumni listed above, along with others, banded together and bought as many items as possible at the auction in hopes of returning them to the Pasadena Playhouse when and if it reopened.

The new owner, Bank of America, auctioned the property off in 1975. The high bidder, the City of Pasadena, began leasing the property to the Playhouse's operating company for $1 a year in perpetuity.

A series of fits and starts, negotiations and financial challenges continued to keep the doors closed until 1985 -- 19 years after the feds attached those locks.

Today the Pasadena Playhouse is thriving, thanks to a $1 million donation from Mike Stoller that jump-started a new season in 2010 and kept the theater from closing again. The 2010 season kicked off with Ed Asner in "FDR" (I was there and it was just wonderful). Subscriptions are up, the theater is filled for every performance and the stars have come back to the Pasadena Playhouse stage once again.

Bradley Whitford on the Pasadena Playhouse stage in 2012 in preparation for a revival of the comedy play "Art": 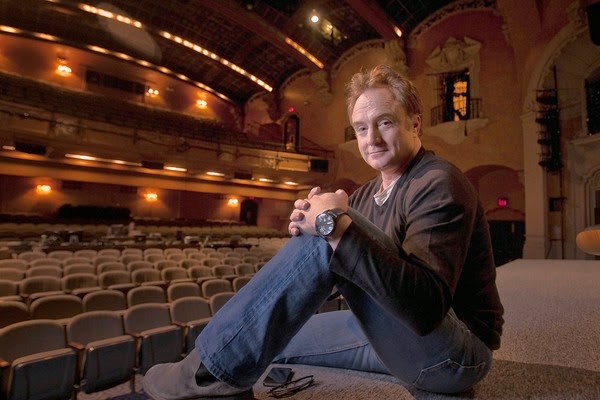 Mayor Bill Bogaard hosted his 2015 State of the City event at the Pasadena Playhouse. You can find that video here.


Many thanks to Jonnie King, Pasadena Playhouse, Pasadena Museum of History and Los Angeles Times.