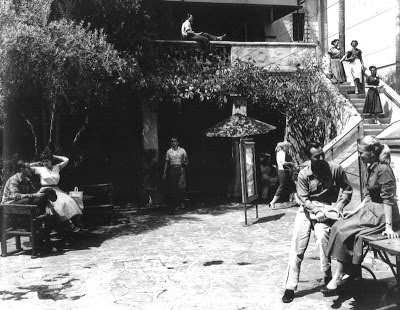 In the circa 1957 photo above, actors take a break from their classes at the Pasadena Playhouse.

It all began when Gilmore Brown had a vision for a community theater in 1917. 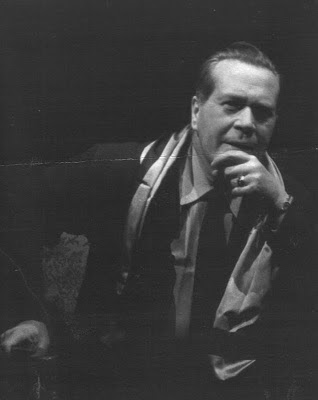 The Community Players offered performances in facilities throughout Pasadena.

In 1924 the cornerstone was laid for the new Pasadena Playhouse. This panoramic photo shows the ceremony. Notice the huge megaphone on the right. Vo-dee-oh-doh!

World premieres of plays by Eugene O’Neill, William Saroyan, Noel Coward, F. Scott Fitzgerald and Tennessee Williams helped cement the Pasadena Playhouse's identity as one of the finest live theaters in the nation.

Here are two early photos of the interior (note the painters in the first one): 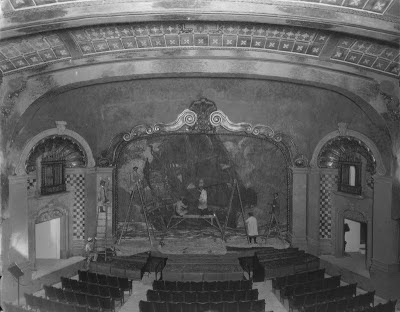 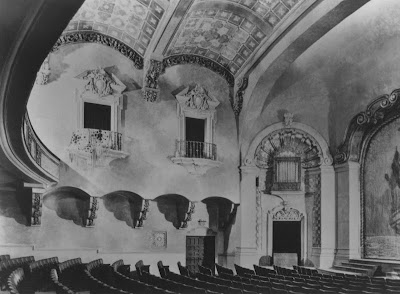 From the 1930s to the 1960s, dozens of actors were discovered by Hollywood while they were students at the Pasadena Playhouse, including Eve Arden, Ernest Borgnine, Charles Bronson, Raymond Burr, Robert Young, Sally Struthers, Dustin Hoffman, Gene Hackman and many more.

In 1937, due to the fame it brought to California as a center for dramatic arts, the Pasadena Playhouse was named The State Theatre of California by unanimous vote of the legislature.

The building itself has been designated as a historic landmark. 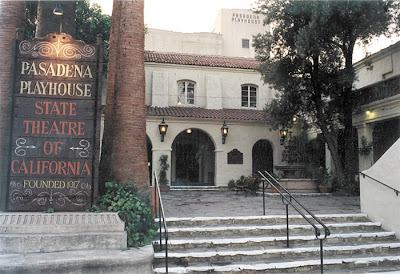 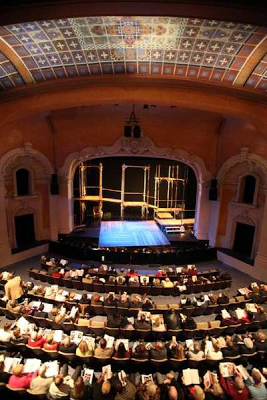 The College of Theatre Arts closed in 1969 but the Pasadena Playhouse lives on as a world-class theater that features plays and musicals, many of them bound for Broadway over the years, and still starring renowned actors.

Most recently, a revival of Cole Porter's "Can-Can" that premiered at the Pasadena Playhouse will debut on Broadway next year.

Here it is on the Playhouse stage:

Many thanks to the Pasadena Playhouse and Pasadena Museum of History.