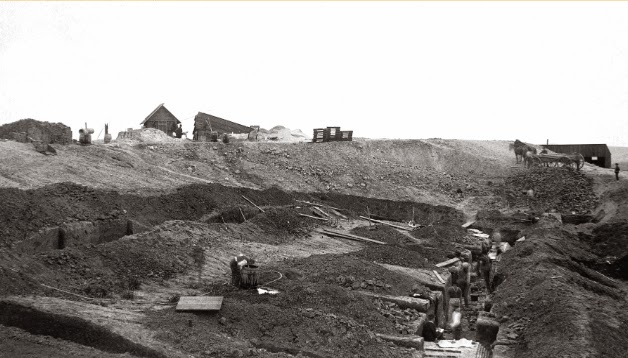 I stumped everybody this week.


In this 1884 photo, workers begin construction of the Hotel Raymond on Bacon Hill (later renamed Raymond Hill), the top of which had been leveled for the massive project.

Thomas Banbury won the contract for blasting through what to the naked eye looked like a big mound of dirt. But underneath were sedimentary rocks and granite.

On Monday at high noon Mrs. Banbury lighted the three fuses that exploded 2,500 pounds of powder, the consequence of which was the complete disorganization of the last point of rock on the summit of the hill. -- The Pasadena Union, March 1, 1884


The hotel under construction: 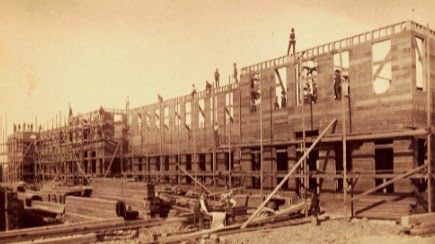 This was before a railroad had come to Pasadena. More than 900,000 feet of lumber and 500,000 shingles were sent by ship to San Pedro and the materials were hauled by wagons to the construction site. It took about four months for the land to be graded and the lumber to be hauled up the hill.

One million bricks were made at the construction site for many uses, including fireplaces in each of the 200 rooms.

After some financial entanglements that led to work stoppages, construction was finally completed and the Raymond Hotel opened on Nov. 17, 1886.

(South Pasadena incorporated as a municipality two years later after borders were redrawn. The Hotel Raymond became part of that city in 1888.) 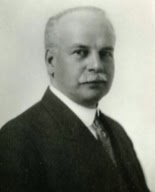 On Easter Sunday 1895, the luxurious Raymond Hotel was reduced to smoldering rubble after a burning ember from one of the chimneys landed on the roof. 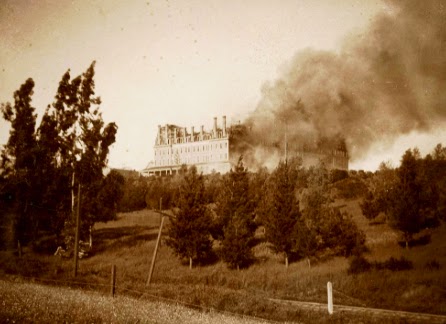 This was during the day, so most guests were out on excursions. The few who were at the hotel, along with staff, grabbed what they could and rushed outside. Miraculously there were no casualties. 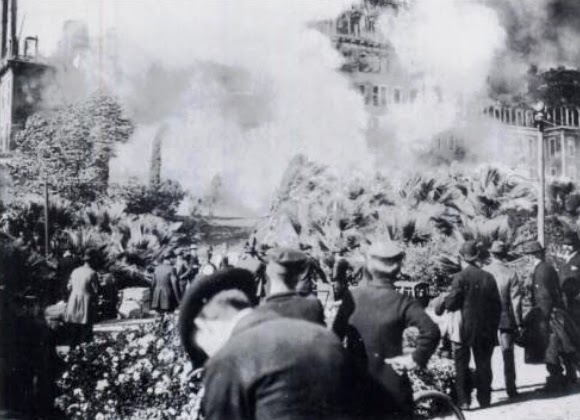 Thaddeus Lowe saw the fire from his Echo Mountain hotel and sent a telegram to Walter Raymond expressing "profound regret." 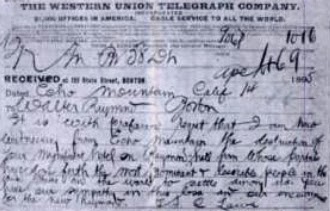 Walter Raymond decided to rebuild. A second hotel with the same name, this time made with stucco, opened in 1901, continuing the tradition of luxurious hospitality. 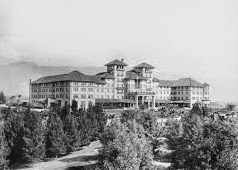 Here's a circa 1910 postcard showing some detail: As the saying goes, all good things must come to an end. The Great Depression that began in 1929 caused tourism to dwindle, and five years later the second Raymond Hotel had a date with destiny in the form of a wrecking ball.

The historic Raymond Restaurant on South Fair Oaks Avenue is one of only two structures that remains of the Hotel Raymond property. The building was the hotel caretaker's cottage. 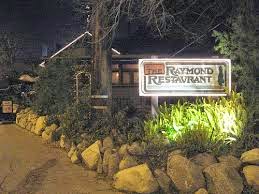 Raymond Hill now consists of residential neighborhoods. A little stretch of stone on Raymond Hill survives from the hotel property. Thankfully it is hiding in plain sight and has remained untouched. 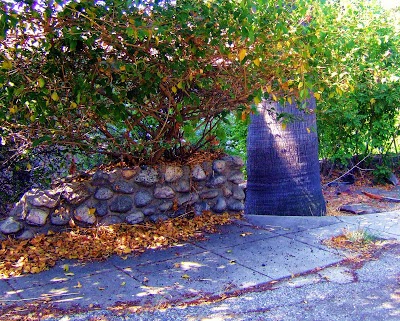 Many thanks to the Pasadena Museum of History, California Historical Society, Bring Fido and Laurie Allee.
Posted by Ann Erdman at 12:00 AM