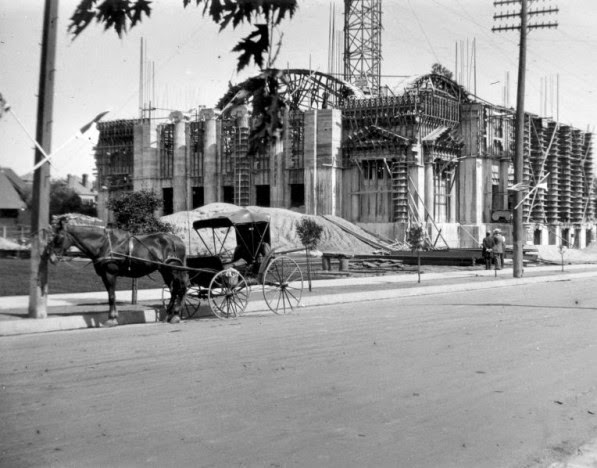 Bill DePoto's guess, "Construction of Christian Science Temple, South Oakland Ave.," that he placed in the suggestion box at the Pasadena Museum of History was correct and he wins the fabulous prize for Mystery History Special Edition #1.

In the 1910 photos above and below, construction of the First Church of Christ, Scientist is in various stages at the southeast corner of Green Street and Oakland Avenue. 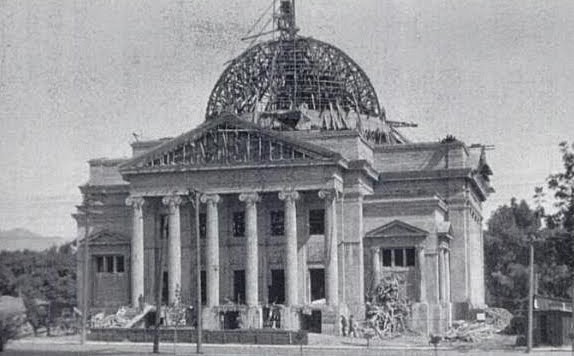 The church cost $100,000 to build. It was designed by architect Franklin P. Burnham of Chicago, who also designed the Georgia State Capitol, Carnegie Art Museum and the Riverside County Courthouse.

In 1903 Pasadena's burgeoning Christian Science community built its first church at the southeast corner of Colorado Boulevard and Madison Avenue: 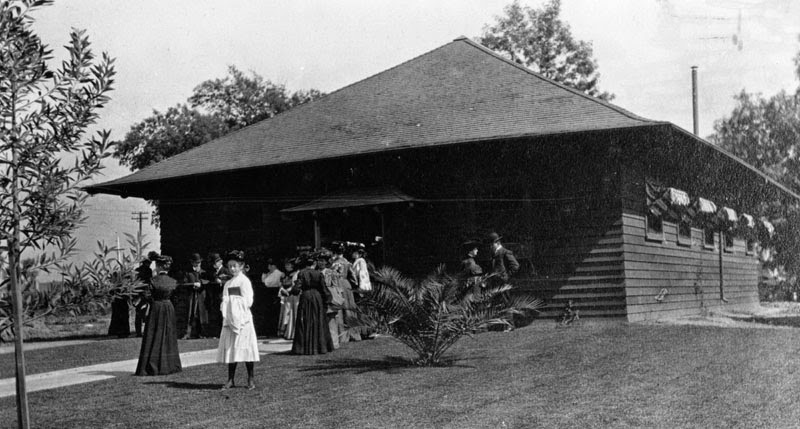 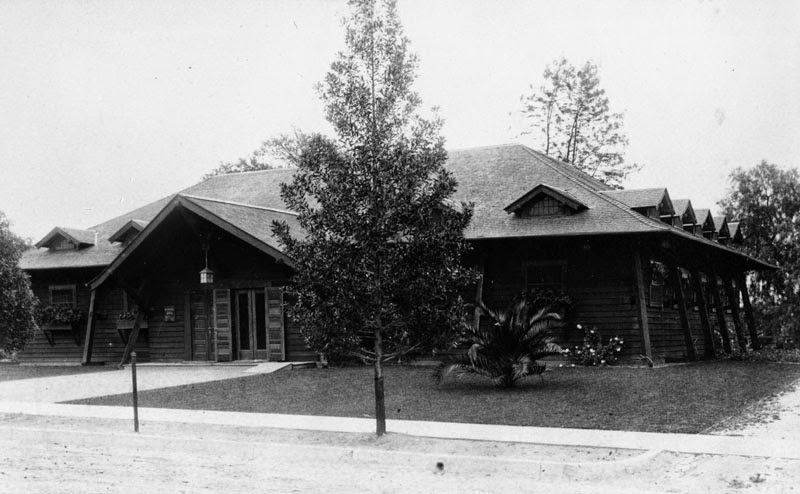 1905 was also the year the land at Green and Oakland was purchased. After years of fundraising drives and proposals from various architects, Burnham was hired and construction began in 1910. It was completed the following year. 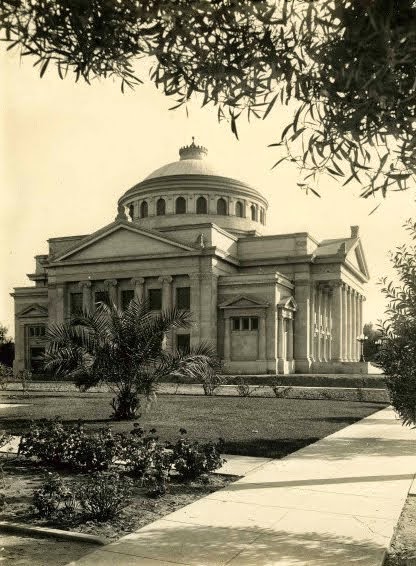 The church had the largest number of square feet of any building in Pasadena at the time. It was designed to be completely fireproof and was topped by one of the earliest examples of a reinforced concrete dome.

Nearly a century after this church was built, structural work revealed the need for a large-scale seismic upgrade. The project team, led by Architectural Resources Group, analyzed the building’s condition, installed  a major structural system that is virtually invisible, and restored historic finishes. And they did it all in 18 months with a budget of only $3.5 million, without disrupting a single church service.

The retrofit and restoration project received the prestigious Preservation Award from the Los Angeles Conservancy in 2009. 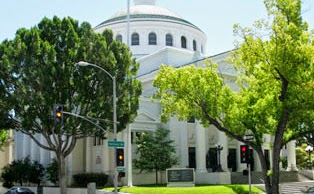 Pasadena's rich history includes incredible architecture of churches throughout the community, past and present.

Many thanks to Pasadena Museum of History (Benshoff Collection, #14), Los Angeles Conservancy, Architectural Resources Group, Univerity of Southern California and Pasadena Church of Christ, Scientist.
Posted by Ann Erdman at 12:00 AM