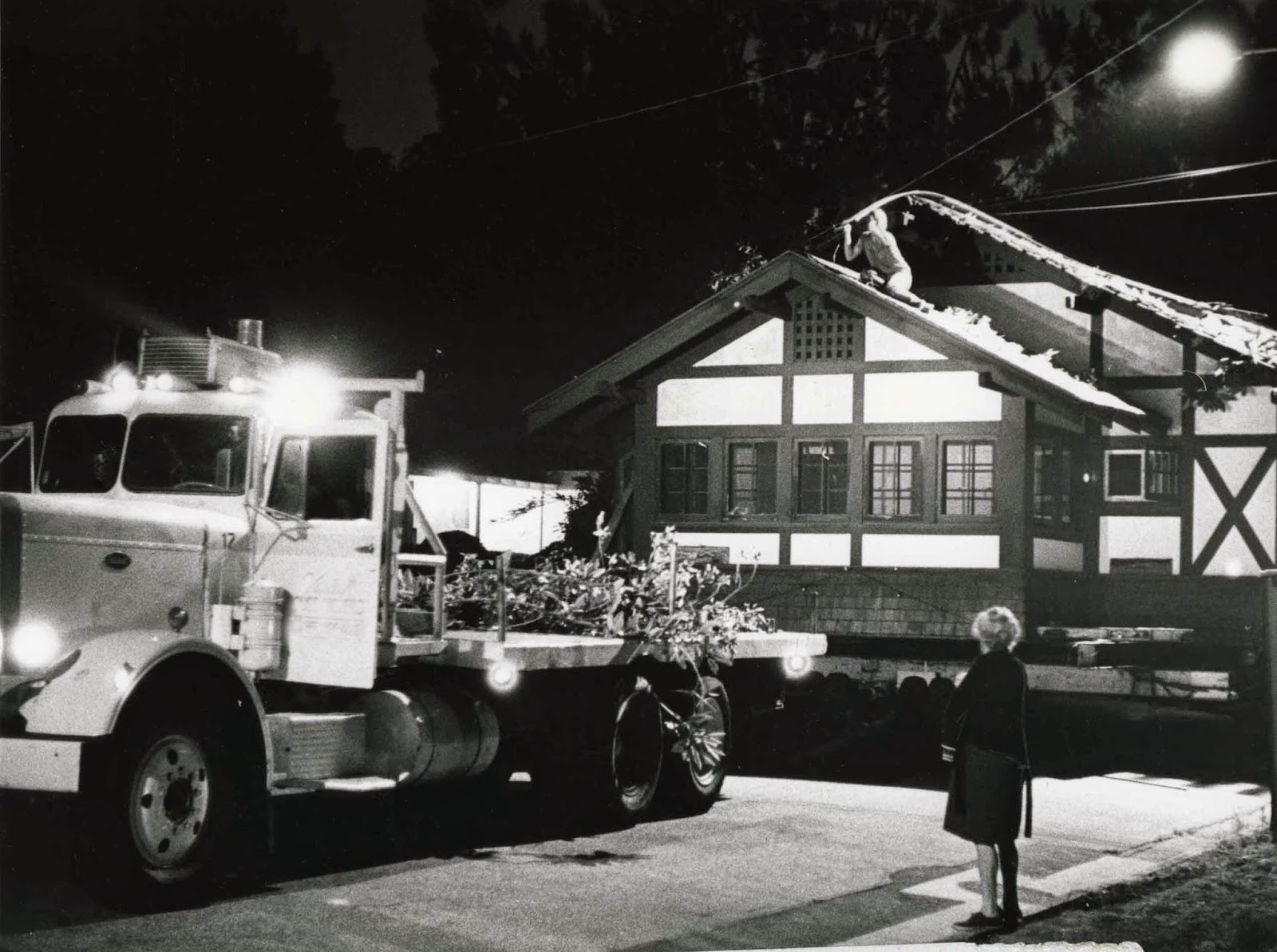 I'm calling a tie between Karin with her 7:53 a.m. Tuesday guess "The city is moving a historic bungalow court to a new location. I think it may be the court that's now located off Orange Grove a little west of Lincoln" and Diana who brought it home with her 7:08 p.m. Tuesday guess "Gartz Court."

In the 1984 photo above, a woman looks on as one of five historic Gartz Court bungalows at 270 N. Madison Ave. is readied to be transported on a slow, overnight journey three miles across town to 740 N. Pasadena Ave. It took two nights to complete the move.
.
One of the original bungalow courts in Pasadena, Gartz Court was threatened with demolition when the property was purchased by Montgomery Engineering Co. in 1983 to make way for a new headquarters complex. 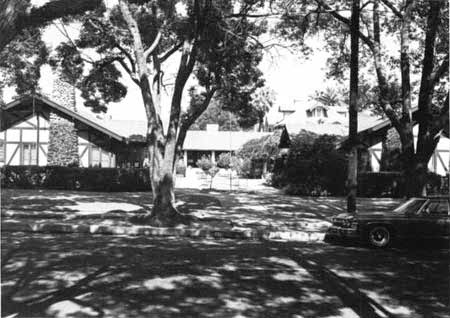 Built in 1910 and designed by Myron Hunt and Elmer Grey, Gartz Court was saved from the wrecking ball when Pasadena Heritage partnered for the first time with the City of Pasadena to identify a suitable property in Northwest Pasadena for the bungalow court and sell the units as affordable housing to first-time homebuyers with moderate incomes. 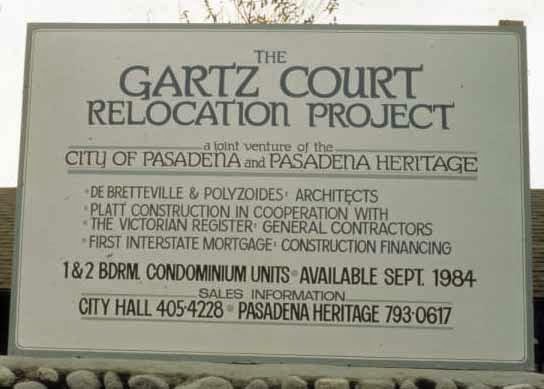 De Bretteville & Polyzoides, which would later become Moule & Polyzoides, was hired to supervise the big move and design the restoration and expansion of Gartz Court once it was in place at its new location.

Six families live in Gartz Court now, an opportunity that never would have existed had it not been for the inimitable Claire Bogaard, co-founder of Pasadena Heritage, reaching out to Terry Tornek, the City of Pasadena planning director at the time, with a revolutionary idea for a partnership.

And the rest, as the saying goes, is history.