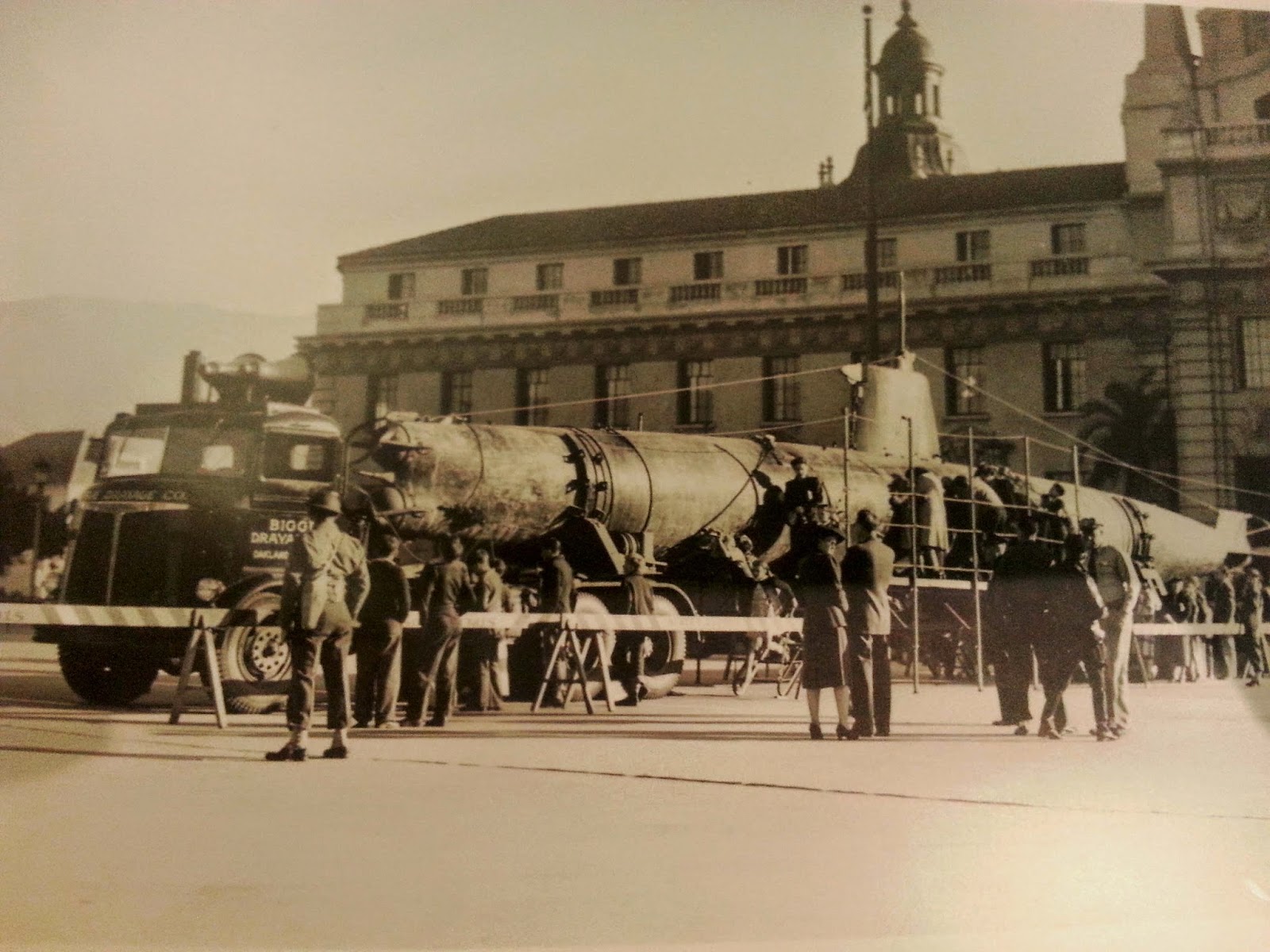 Gregg G wins with his 11:30 a.m. Wednesday guess "It's a captured Japanese mini-sub being displayed in front of Pasadena City Hall in a binds [bonds] drive event in 1942.'

In the Dec. 14, 1942, photo above, the small Japanese submarine Ha-19 is displayed at Pasadena City Hall during a rally for the sale of war bonds and stamps. 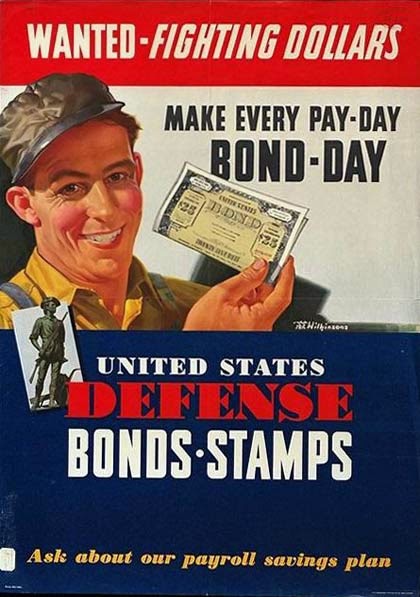 About $1.5 million was invested in bonds and stamps that day, including $1 million by the City of Pasadena. There had not been a Rose Parade that year due to the bombing of Pearl Harbor on the island of Oahu by the Imperial Japanese Navy on Dec. 7, 1941. (The 1942 Rose Bowl Game had been moved to Duke University in Durham, North Carolina.) 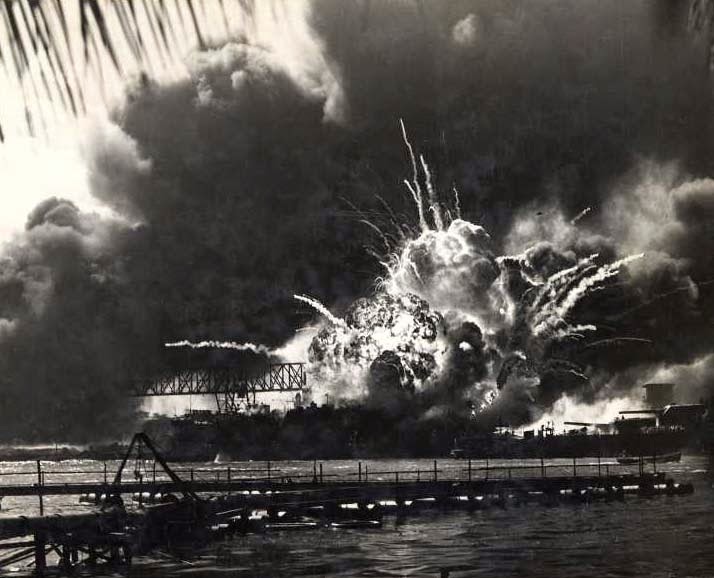 About an hour before the aerial attacks, the Ha-19 submarine, piloted by Kazui Sakamaki, experienced the failure of its gyroscopic compass, forcing Sakamaki to make a visual entrance to Pearl Harbor. The Ha-19 went aground on a reef just outside the harbor.

Sakamaki's attempts to back off the reef resulted in the draining of the submarine's batteries. He initiated scuttling charges to deliberately sink it but that was unsuccessful, and U.S. forces captured the Ha-19. Sakamaki was the first prisoner taken during the U.S. involvement in World War II. 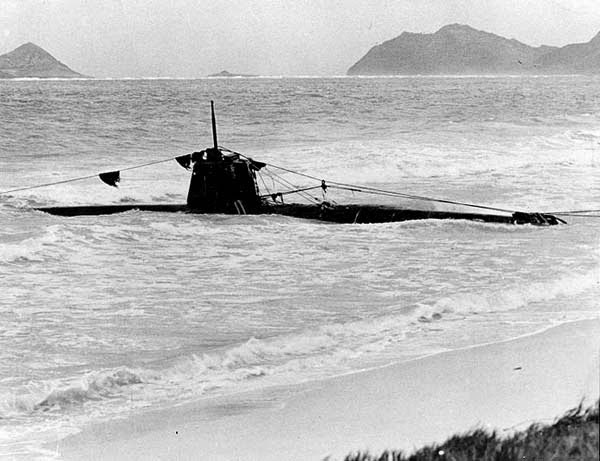 U.S. Marine Corps Col. M.E. Jennings, the first person to board the beached submarine, was honored at the Dec. 14 Pasadena rally.

Two days before, on Dec. 12, the sub was at a rally during halftime at the USC vs. UCLA football game at the Los Angeles Memorial Coliseum: 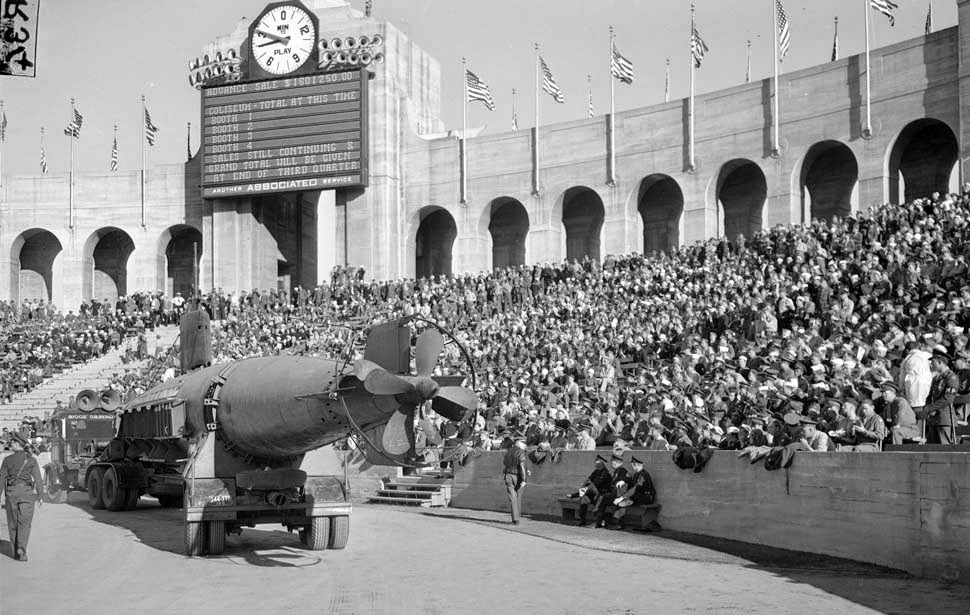 It also made the rounds of Terminal Island, Burbank, Santa Monica and Hollywood as well as hundreds of others U.S. cities in several states as an incentive for Americans to invest in war bonds and stamps to fund the war effort.

The Ha-19 was one of five small submarines that were supposed to penetrate Pearl Harbor in the early morning hours of Dec. 7, 1941, and torpedo U.S. Navy ships. As it turned out, none of the five did any damage but they really didn't have to: As a result of the 90-minute aerial attack, eight U.S. ships and two U.S. naval installations were destroyed, more than 2,400 Americans were killed and nearly 1,200 were wounded.

Since 1991 it has been on display at the National Museum of the Pacific War in Fredericksburg, Texas. 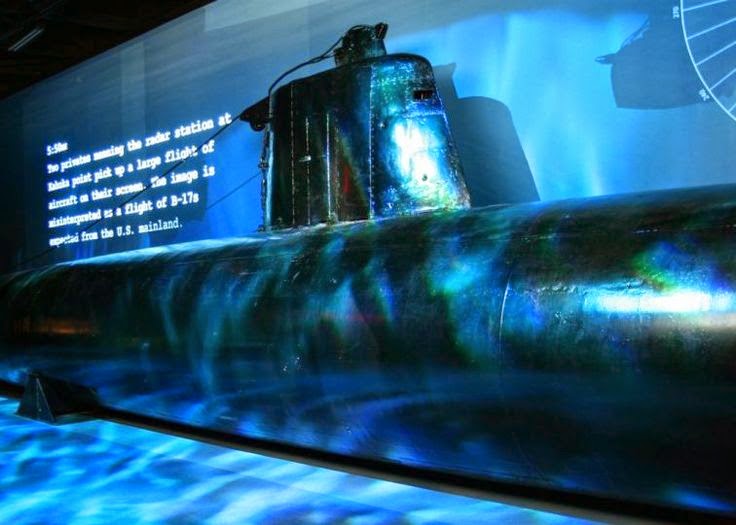