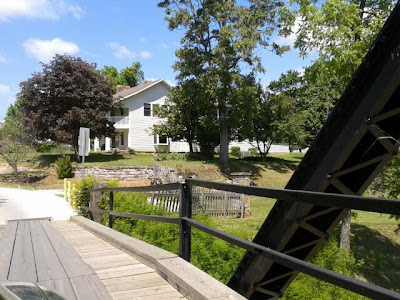 The photo above shows the historic house at War Eagle Mills Farm as seen from the steel span bridge that crosses over the War Eagle River from the mill on the other side here in the spectacular Ozark Mountains. 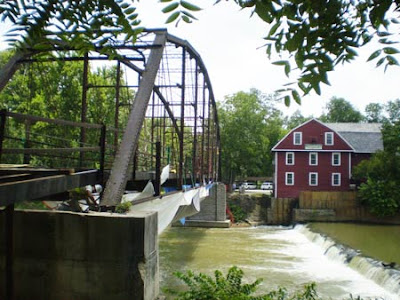 On March 30 I retired as the public information officer (PIO) for the City of Pasadena and since April 9 I've been traveling in the Midwest, visiting family and having great fun doing genealogy research. I'll be back on April 27, just in time to serve as grand marshal of the Doo Dah Parade on the 28th!

I've been to northwest Arkansas, southwest Missouri, Wichita, Kansas, and a little corner of Oklahoma. More on all those adventures later.

For the past two days I've been back in northwest Arkansas, staying with my sister Charlou and brother-in-law Bill at their home in Bella Vista.

For this branch of the family tree, there's a whole lot of local history in Bentonville and other nearby towns.

Let's start with War Eagle, about 20 miles from Bella Vista via back country roads, which Charlou and I visited yesterday. 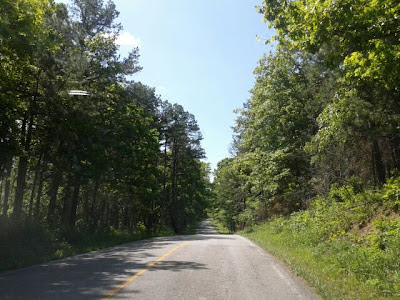 In 1843, nearly 20 years before the Civil War began, the house at War Eagle was built by slaves for Sylvanus and Catherine Blackburn.

The last time I was at War Eagle was four years ago when Charlou, Bill and I came for dinner with our late cousin Shirley, who owned and lived on the property (it's still in the family, passed down to cousins Fred and Bonnie).

Generations ago, my Great-Uncle Lester Elliott and Great-Aunt Blanche bought the property and in 1954 founded the Ozark Arts and Crafts Fair, which continues to this day every October where the property continues across the road. 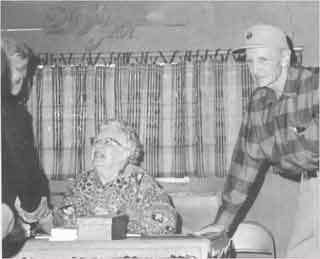 I have many happy memories visiting Aunt Blanche and Uncle Lester as a child and young adult. The last time I stayed at the property when they were alive, my daughter Becky was 3 and Jessica was 6 months old. Becky remembers certain details of that visit, which is a wonderful thing.

Yesterday cousin Bonnie was going to let Charlou and me into the house for one last look around. (Sadly, the house and 20 acres have been put on the market.) But she was staying with cousin Judy in Springdale and had a plane to catch and she ran out of time.

So Charlou and I stayed outside and had a great visit anyway! That's me sitting on the porch swing at the house. 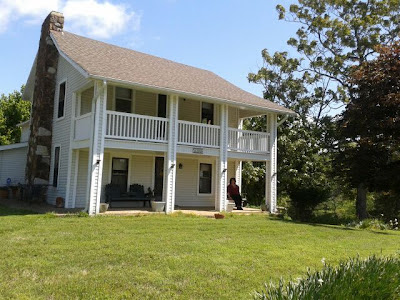 Here's the view from the front porch, with the War Eagle River rolling along on the left: 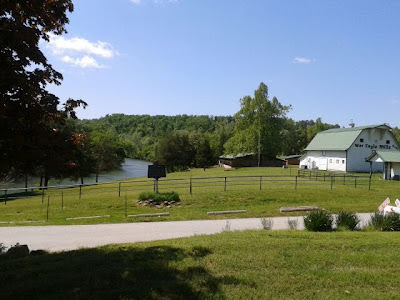 Me in front of the barn: 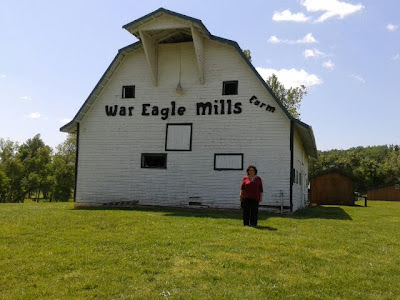 Charlou where the fair takes place every year: 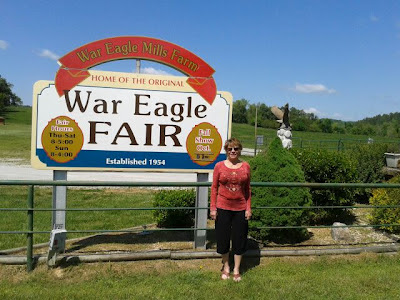 You can learn even more about the fair on the official website.

Right outside the kitchen door: 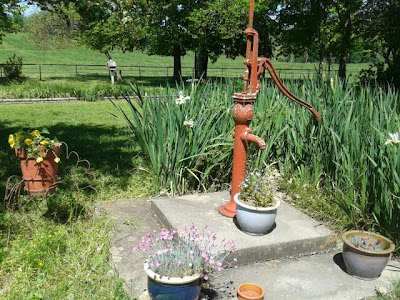 Some descendents of Uncle Lester's beloved cattle taking a rest: 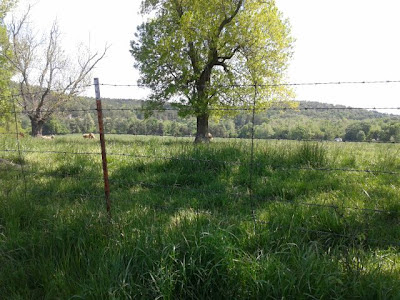 One of the fishing cabins along the river's edge. They're constantly rented out in spring, summer and fall. 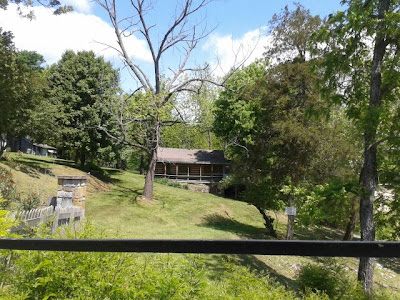 We went down a private gravel road on the farm to visit the War Eagle Cemetery, which dates back to the Civil War period: 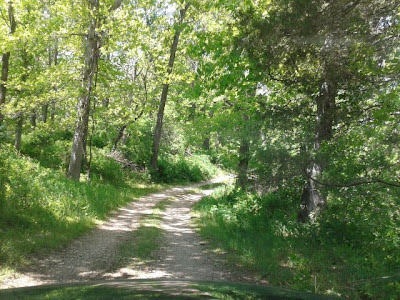 The main entrance to the cemetery: 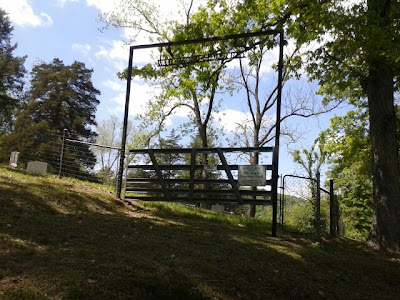 We entered from the back gate, closer to where some of our family members are laid to rest. 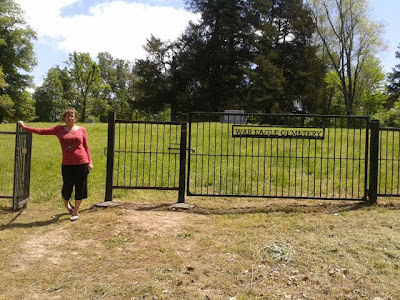 Next we went across the bridge to the mill, which is still in operation after nearly 170 years. Confederate soldiers took it over during the war to grind grain for food, then burned it to the ground. Thankfully it was rebuilt soon after and resumed normal operations. 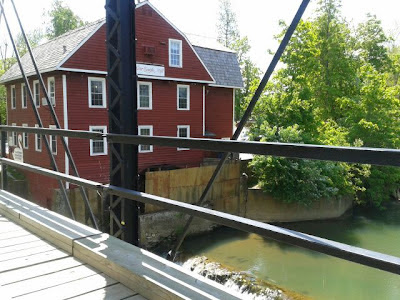 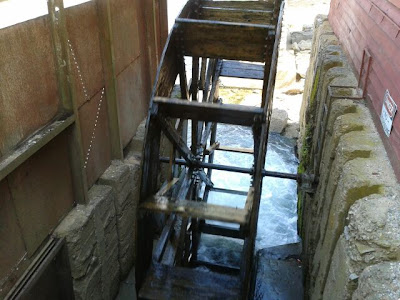 It's hard to tell from the photo, but the mill wheel is spinning very fast! The mill produces organic stone-ground meals, flours and mixes. 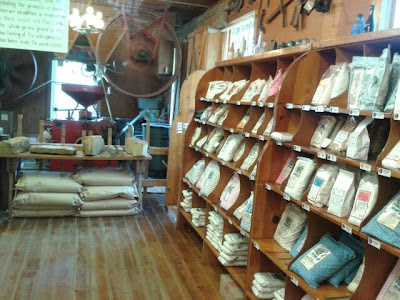 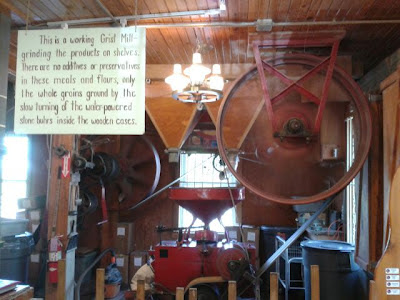 Before heading back to Bella Vista, we took a quick trip to charming and historic Eureka Springs about 20 miles away. 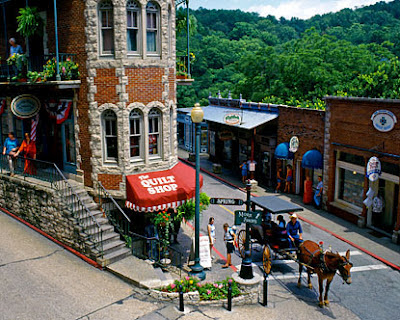 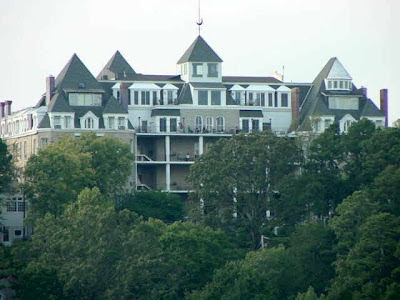 Charlou on one of the hotel balconies overlooking the Ozark Mountains: 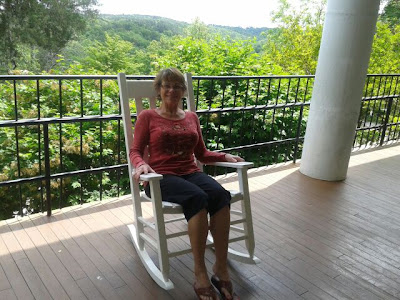 I'll post about other adventures soon. For now, so long!