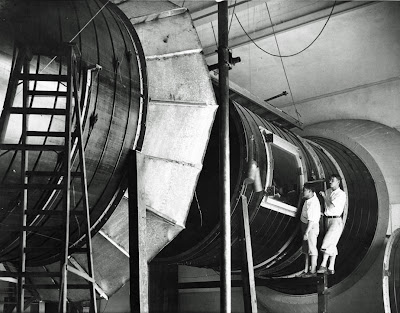 Bellis wins with her 9:21 p.m. Tuesday guess "It's the wind tunnel for testing aircraft in the Guggenheim Building at Caltech."

In the photo above, two unidentified men stand on the edge of the first wind tunnel in the four-story Guggenheim Building on the Caltech campus in 1928. The wind tunnel dominated the building, which still stands at the south end of the campus.

Here's the Guggenheim Building under construction in 1927. . . 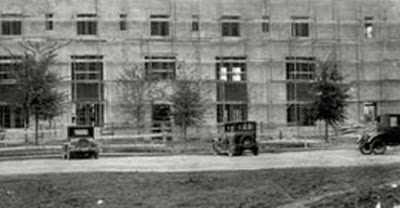 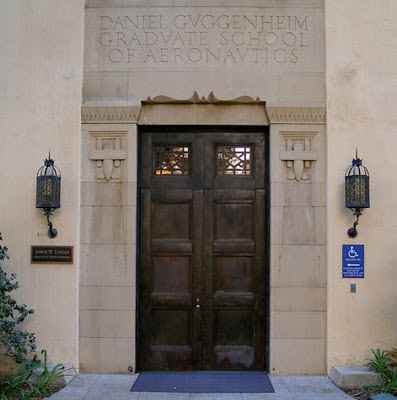 Conceived by Theodore von Kármán, famously known as the father of aeronautics, the wind tunnel was built just two years after the end of World War I and operated by what is now Caltech's Department of Aerospace.
Before it opened for aeronautics testing it was inspected by Charles Lindbergh, who was on special assignment by the federal government to inspect aeronautics research capabilities nationwide.
Here are some of the fashion-conscious scientists and engineers who worked in the wind tunnel at the time: 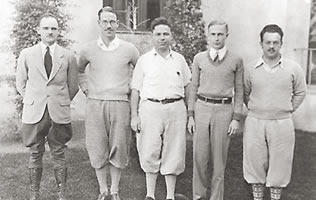 Eventually the wind tunnel was used to test many of the warplanes that helped the Allies win World War II. It became so important to the war effort that armed guards were posted around the building and Caltech scientists and engineers worked in shifts around the clock.

For example, the Lockheed XP-38 bomber was called the “fork-tailed devil” by the Luftwaffe. But before it ever took flight, a model was tested in the wind tunnel in 1938. 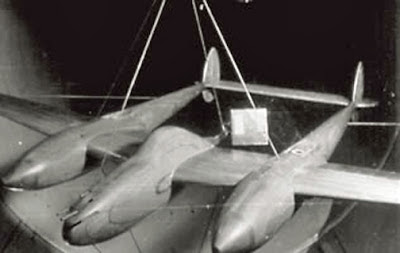 And still later the wind tunnel tested the aerodynamic capabilities of more modern aircraft. This photo was shot in 1959: 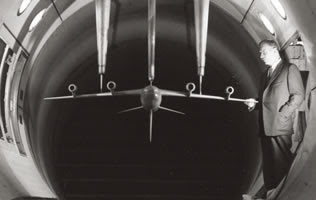 The wind tunnel continued in service until it was decommissioned in 1997 to make room for additional classroom, lab and office space.
But that wasn't the end of wind tunnels on campus; that original wind tunnel was replaced by a smaller, more modern two-story unit in the Guggenheim Building.
And the new one was preceded by a Mach 20 hypersonic wind tunnel that can emulate conditions of a spacecraft returning to Earth's atmosphere from interplanetary flight (this one's at a different campus location).
Why are wind tunnels so important the aerospace industry? See an interesting article here that includes quotes by Gerald Landry, former manager of Caltech's wind tunnel.
Many thanks to Caltech, the Pasadena Museum of History and Non Paratus.
Posted by Ann Erdman at 12:30 AM