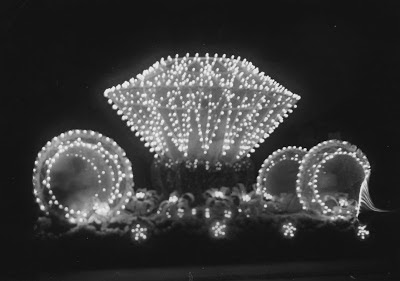 Although there were some creative guesses, I stumped everybody this week.

In the 1910 photo above, a float passes by during the Shriners Electric Parade, which took place in Pasadena that year because the annual Shriners National Conclave was here. Other years it was everywhere from New York to L.A.

Thousands of incandescent bulbs were used to outline the designs of the floats.

This is the only other photo I have of the 1910 parade in Pasadena; can you find the people on and next to the float? 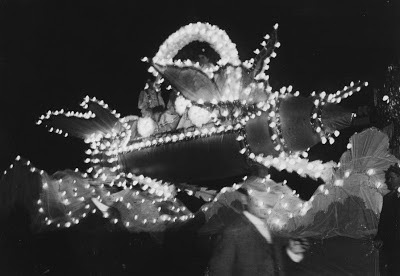 The floats were built on large wooden flats with wheels and operated by overhead trolley wires, which supplied the power.
Just for fun, here's a Pasadena & Pacific electric trolley car at Colorado Street and Raymond Avenue in the late 1800s, operated by those very same wires: 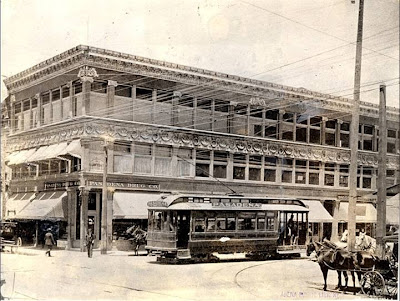 Many thanks to the Pasadena Museum of History.﻿