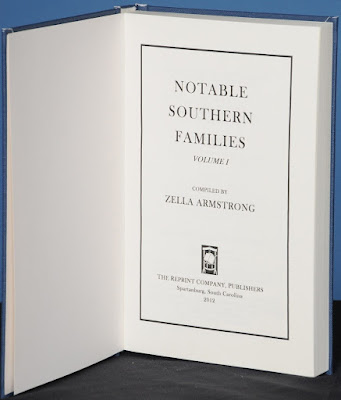 Many of my ancestors can be found in the six-volume set of books titled "Notable Southern Families."

That's great news for anyone doing genealogy research because the books include the begats as well as American Revolution, War of 1812 and Civil War information about hundreds upon hundreds of people.

The reason so many of my ancestors are listed in the books is that indeed they settled in what are now North and South Carolina, Virginia, Tennessee, Kentucky and Arkansas in the 1600s, 1700s and 1800s.

If you haven't figured out where I'm going with this, here's the thing:

Many of my ancestors were slave owners. 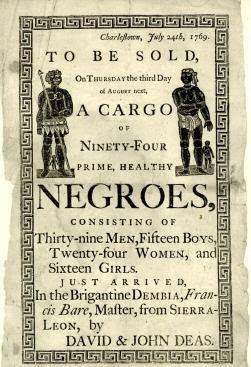 I've seen the wills of so many of my direct-line ancestors who bequeathed African-born human beings to their wives and offspring.

For example, here's an excerpt from the last will and testament of my sixth great-grandfather, General Joseph Dickson, who was born in Chester County, Pensylvania, in 1745, settled in Lincoln County, North Carolina, in 1773 and in later life moved to Rutherford County, Tennessee, where he died in 1825:

. . .I do also bequeath and give unto my son, James Dickson, a negro woman named Nanny, and that she remain on the place where we now live, during her life time.

I give unto my son, John Dickson, one negro girl named Phillis.

I give to my son, Ezekiel Dickson, one negro boy name Jerry.

I give to the children of my daughter, Isabella Dickson Adams, one negro girl named Harriet, making Ben Adams, her husband, their guardian until the youngest becomes of age. Then she, the said Harriet, and her offspring shall be equally divided amongst them, or sold and the money arising from said sale to be so divided.

I give unto my daughter, Peggy Dickson Henderson, one negro girl called Martha. I also will that the wagon, farming utensils, household and kitchen furniture, be left and remain in the family for their use.

Then he goes on to bequeath lands and money.

There are many other wills like this one in my family history. 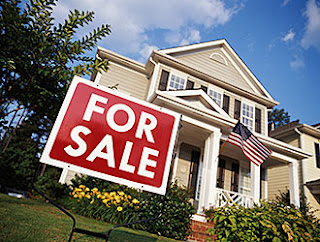 But it wasn't for real estate -- it was for title ownership of humans:


Know all men by these presents, that for and in consideration of the sum of $400 to me in hand paid by James M. Dickson, the receipt of which is hereby acknowledged, I, Ezekiel Dickson, of the County of Benton, in the State of Arkansas, do hereby bargain and sell unto the said James M. Dickson, a negro woman named Till, about forty-five years of age, also a negro boy child named Jack, about five or six years of age, which said negroes I hereby sell and convey as slaves for life. And I do hereby warrant and defend the title of said negroes to the said James M. Dickson, his heirs and assigns forever.

None of my ancestors were the owners of vast plantations so closely associated with slavery, especially in popular culture; they owned farms and businesses, were bankers and lawyers and such. So the various wills bequeath between one and a dozen slaves. By today's standards, even one was too many.

But that was then and this is now. As a nation we have become much more enlightened and humane than our forefathers.

But how do I come to terms with the fact that my ancestors bought, sold and bequeathed human beings? 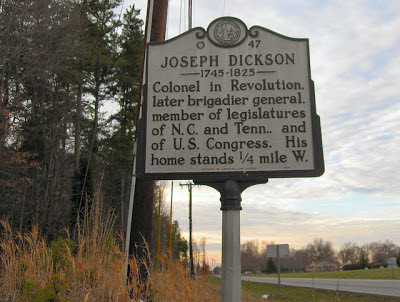 General Joseph Dickson was not an evil man. He fought for this nation's freedom during the American Revolution, leading a group of men from Lincoln County, North Carolina, in the Battle of King's Mountain; he served in the North Carolina State Senate from 1788 to 1795; served in the Tennessee House of Representatives from 1807 to 1811 and was the speaker of the house his last two years of service; and was one of the founders of the University of North Carolina at Chapel Hill.

And Ezekiel Dickson stood side-by-side with General Andrew Jackson in the Battle of New Orleans during the War of 1812.

There's much to be proud of in the many branches of my family tree.

But to try and hide from the fact that Joseph, Ezekiel and so many others in my ancestral line owned slaves would be like telling a half-truth. I cannot simply edit out this part of my family history.

Yes, I understand that I have to take into account the historical climate of the day, and slavery was a fact of life during this time period.

As a woman, knowing that five of General Dickson's six slaves were young females evokes a strong visceral reaction.

And yet he and others, while being morally challenged by today's standards, did nothing wrong in the eyes of the law. 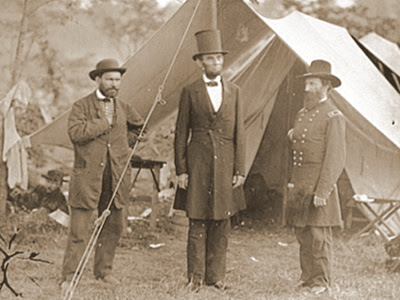 The Civil War ended all that. Many of my ancestors fought for the Confederacy and some for the Union.

And yet 150 years later our nation still suffers from the scars of slavery.

Not long ago I came across the website ComingToTheTable.org, which provides a supportive environment for all who wish to acknowledge and heal genealogical wounds rooted in the history of slavery in the U.S.

I joined this network of descendents of slaves and slave owners.

And so my own historical and personal journey continues.
Posted by Ann Erdman at 3:43 PM