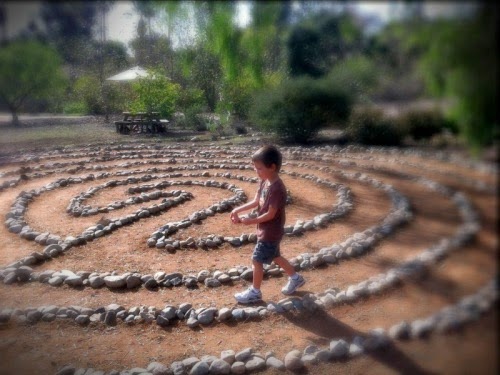 Today is World Labyrinth Day. The labyrinth above is at Arlington Garden in Pasadena.

A labyrinth is a path that leads, via a circuitous route, to the center of an intricate design and back out again. The route is unicursal; that is, it has only a single path. Unlike a maze, a labyrinth is designed for ease of navigation, and it is impossible to get lost within one.

The University of Edinburgh:: 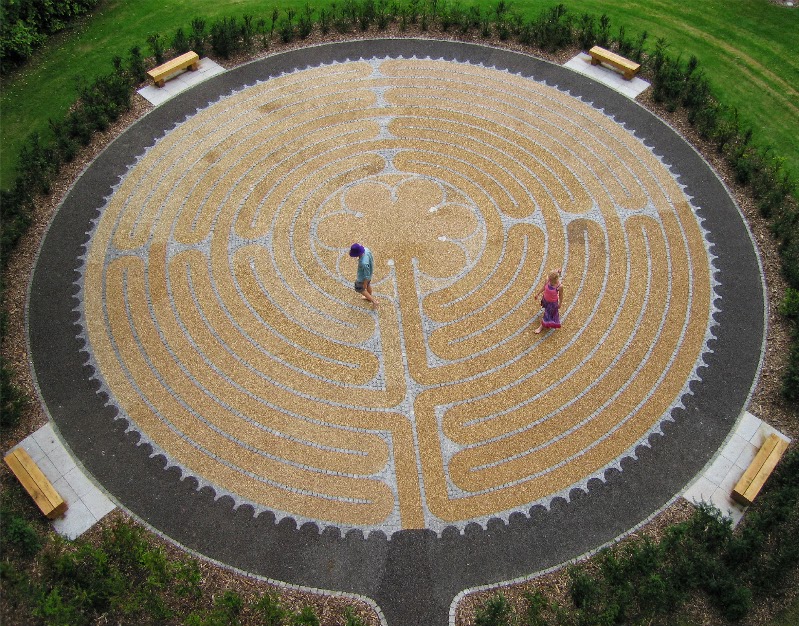 Most labyrinths are meant to be contemplative experiences. It is impossible to predict the twists and turns the future holds, but we know the path will eventually arrive at the center. We slowly meander through its circuits that combine spirals and circles as we ponder our respective, personal journeys.

This labyrinth is on the grounds of Türnich Castle in Germany. 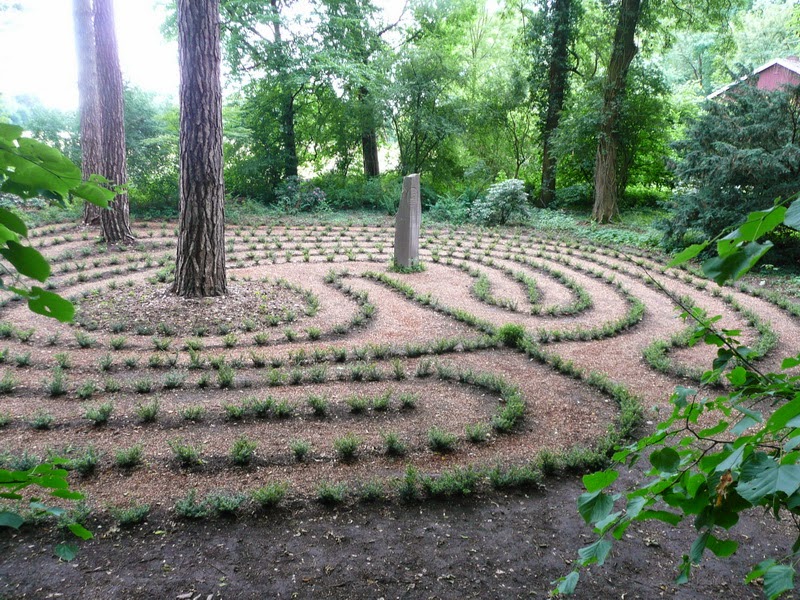 Labyrinths date back to ancient times.

The monkey labyrinth in Peru's Nazca Desert is more than 1,500 years old: 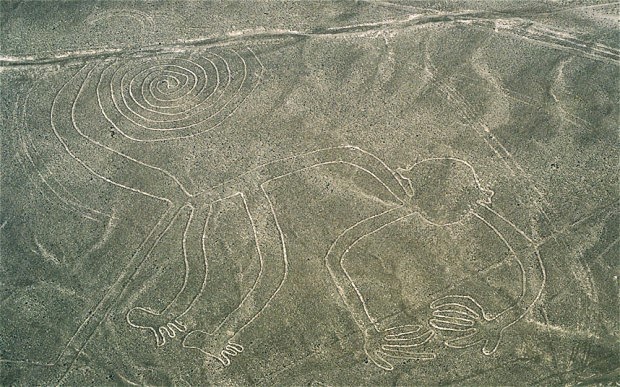 This image of a labyrinth is on a coin from Knossos, Crete, circa 400 B.C. 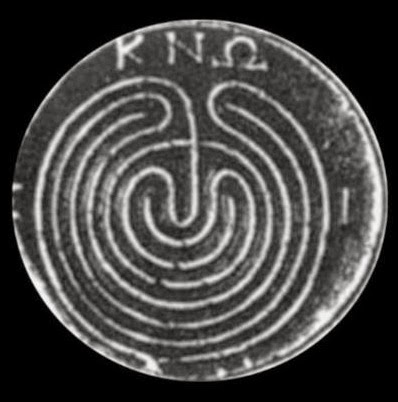 Closer to home, this labyrinth is in the courtyard at the Neighborhood Church in Pasadena. . . 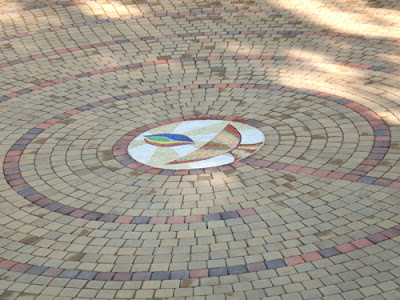 . . .and this one is indoors at All Saints Church. 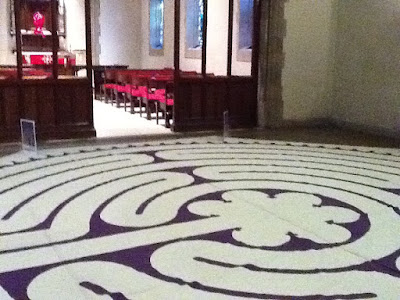 Medieval Roman Catholic cathedrals throughout Europe are famous for their labyrinths.

This beautifully preserved labyrinth, surrounded by candles, is in the 13th century Notre-Dame de Chartres Cathredal in France. 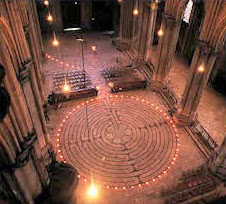 Since most people during the Middle Ages could not make the grand pilgrimage to Jerusalem, considered by Christians at the time to be the center of the world and symbolizing the Kingdom of Heaven, they would make pilgrimages to important cathedrals such as Notre-Dame de Chartres, Canterbury in England and Santiago de Compostela in Spain.

A person's pilgrimage was complete after walking the obligatory labyrinth to the center and then slowly retracing their steps to regain the outside world and return to their homes.

Since the turn of the 20th century, labyrinths have seen a resurgence all over the world.

This one is in Saffron Walden, England. 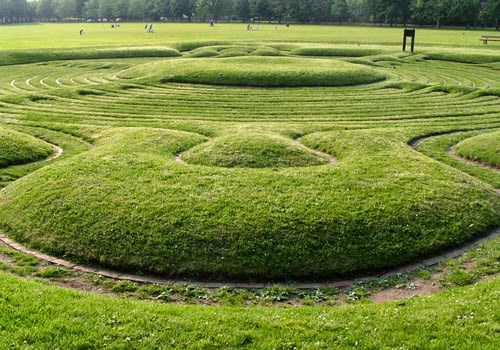 And now I leave you with this thought:

Wherever you live in the world there is a labyrinth near you, perhaps indoors, perhaps outdoors.

Seek it out and make your personal journey, whether you want to follow the labyrinth's path for spiritual or meditative reasons, want to take some quiet time to ponder that nagging issue in your life or just want to have an interesting adventure.

Your purpose on the path is yours alone. 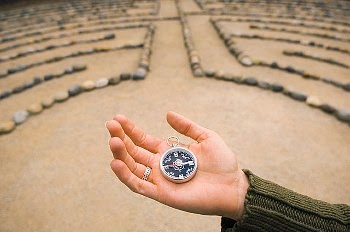