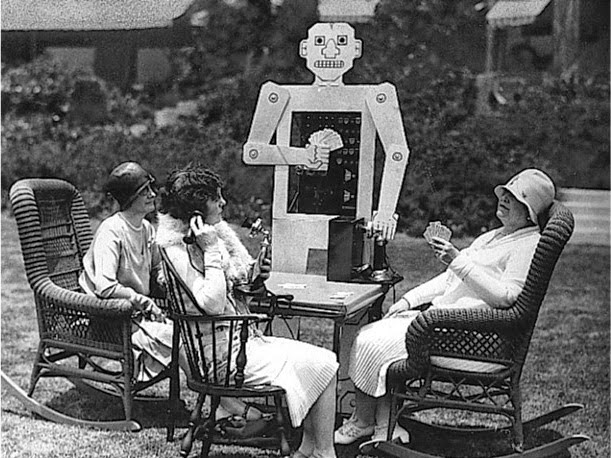 Bellis wins with her 8:36 p.m. Wednesday guess "These 1920s women are playing bridge with a robot who follows instructions phoned to him."

In the 1928 photo above, Herbert Televox the Mechanical Man, a robot developed by Westinghouse in 1927, plays bridge with three women in Pasadena by following telephonic voice commands during a nationwide publicity tour.

Televox with his inventor Roy Wensley. 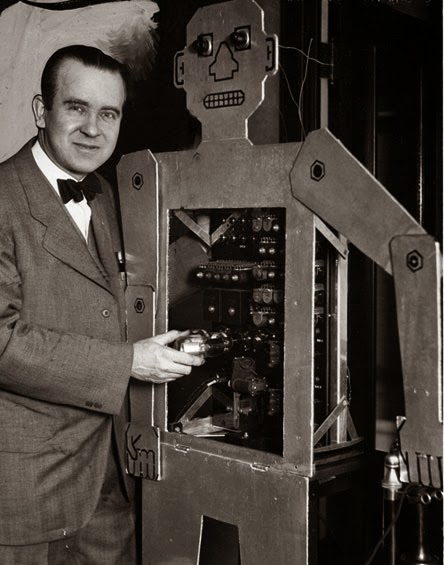 See an article here from the January 1928 issue of Popular Science Monthly that goes into fascinating detail.

Westinghouse touted Televox as the housekeeper of the future. 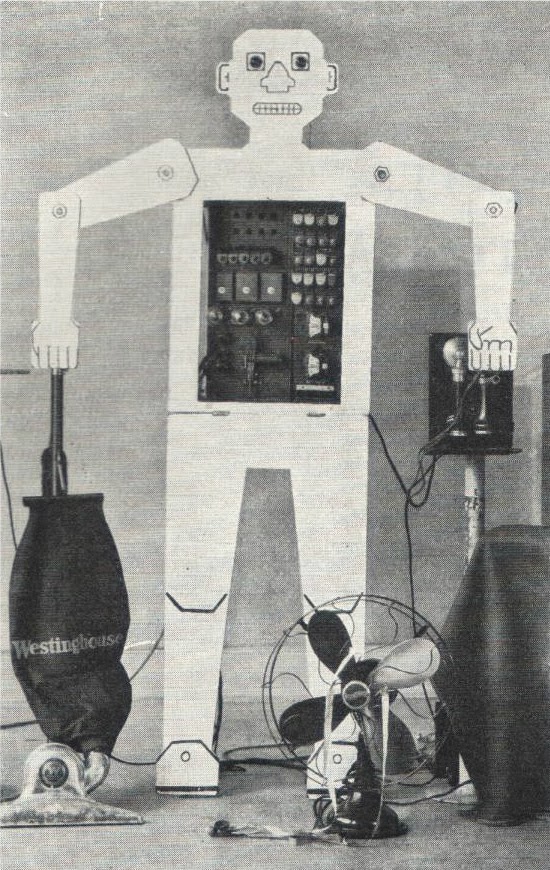 I'm afraid Rosie beat him to the punch. 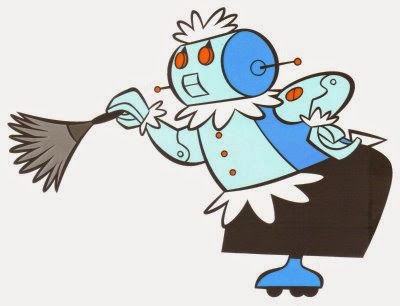 He also was considered the potential soldier of the future.

This is the only other Pasadena publicity photo I could find. I'll let it speak for itself! 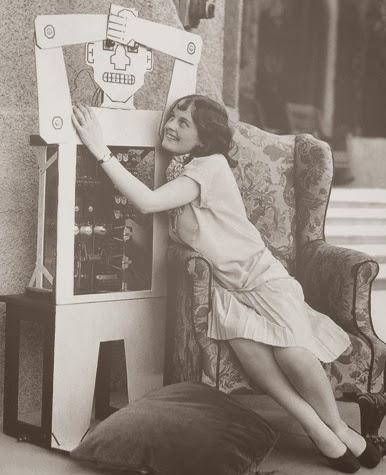 Or perhaps you'd like to caption it. Leave your caption as a comment on this blog post. If I get more than one, I'll let the public decide which is the winner!