In Memory of My Fallen Ancestors - Updated from Memorial Day 2013 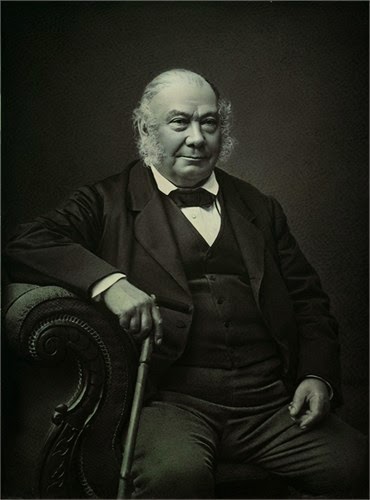 Whatever your plans are today, Memorial Day, please remember to honor the sacrifices of America's fallen military heroes.

This painting of the Battle of New Orleans is by the lithograph firm Kurz & Allison: 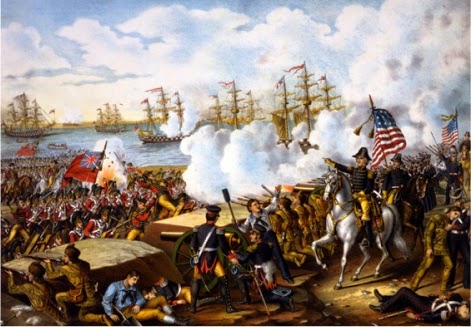 Born in North Carolina, he moved to Bentonville, Ark., as a young man and became a prominent businessman. He later moved to Fort Worth, Texas, and helped establish the square in what is now that city's historic downtown district, where he owned a successful mercantile business. A widower, he raised several of his 12 children in Fort Worth.

Two of his sons, my third great-grand uncles Dempsey Powell Dickson (1843-1862) and Ephraim Albert Dickson (1840-1862), followed in their father's footsteps and volunteered for military service. They enlisted with the Texas Confederate Cavalry during the Civil War.

Dempsey, having enlisted upon leaving college in 1861, was killed in the Battle of Elkhorn Tavern at Pea Ridge, Arkansas, in March 1862.

This painting depicting the battle is by Andy Thomas. 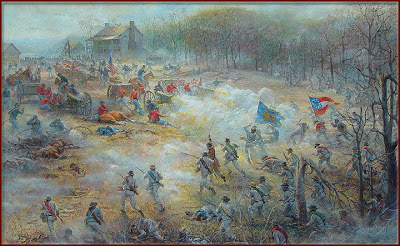 When John Bennett Dickson learned that Texans slain on the battlefield had been rolled in their blankets and buried apart from other soldiers, he sent a relative to have Dempsey's body exhumed and moved to the Dickson family cemetery near Bentonville, Ark.

On July 8, 1862, Ephraim, who was his father's business partner, was shot through the head during the Skirmish at Paroquet Bluffs in Arkansas, which was also part of the Pea Ridge campaign.

He was buried at Paroquet Bluffs with other Texan soldiers, and later his father had his body moved to the Confederate Cemetery in Fayetteville, Arkansas. 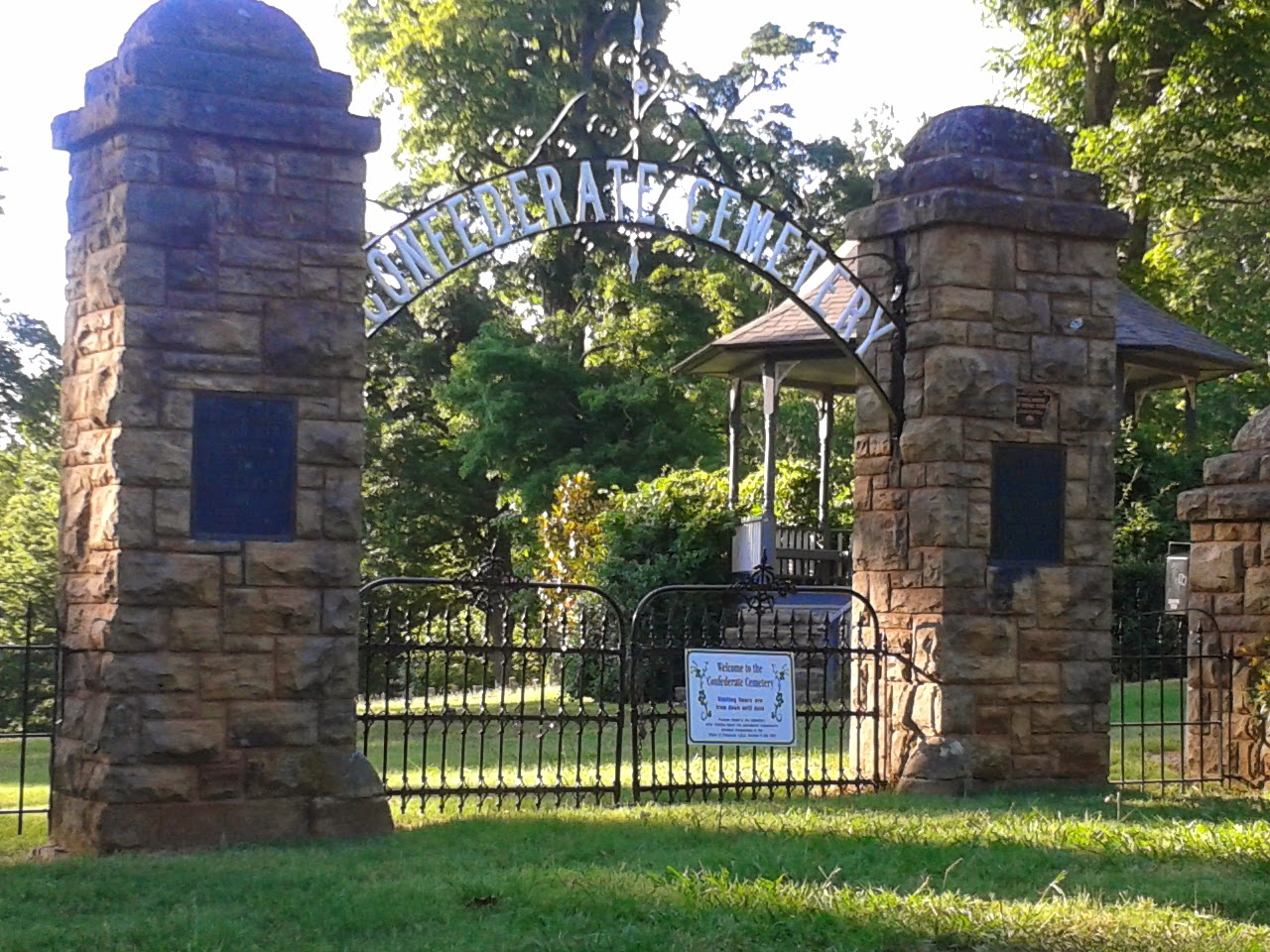 Crippled by grief due to the loss of his two youngest sons, John Bennett Dickson closed his mercantile store and spent the rest of his life as a recluse on a farm near Fort Worth. 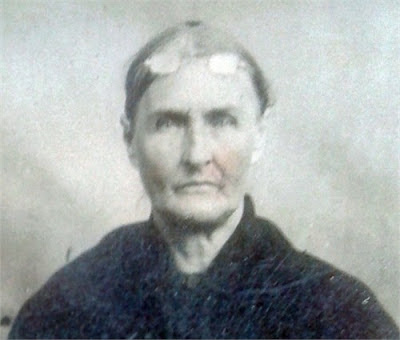 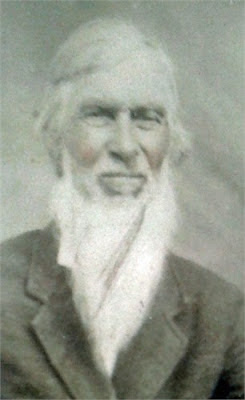 It is difficult to imagine their reaction and subsequent grief upon receiving word that two of their beloved sons, my great-grand uncles Hamilton Easley (1837-1862) and William Easley (1841-1862), had been killed while serving side-by-side on the same day during the Battle of Perryville -- Oct. 8, 1862.

This sketch of the Battle of Perryville by Henry Mosler appeared in Harper's Weekly on Nov. 1, 1862. 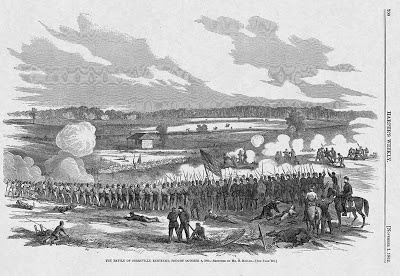 Hamilton and William had enlisted in the Union Army together in August 1862. They served as privates in the 15th Regiment, Company B of the Kentucky Volunteer Infantry.

Hamilton's military records state that he stood 6 feet tall, had a light complexion, blue eyes and dark hair. There are no records of his burial; he is presumed to be buried somewhere at the Perryville Battlefield. 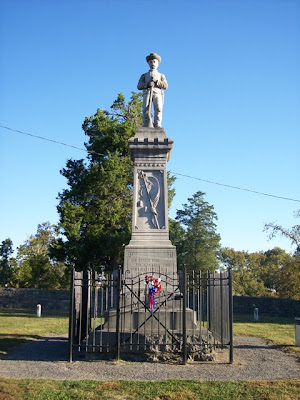 According to William's military records, he stood 6 feet, 1 inch tall and also had a light complexion, blue eyes and dark hair. He is buried in the Easley family cemetery near Harrisonville in Shelby County, Kentucky. 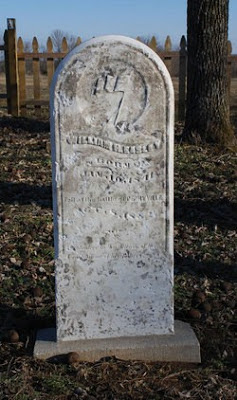 Hamiton's and William's brother, my great-grandfather Edward Merritt Easley (1846-1903), survived the Civil War, which is why I am here. He served in the Union Army's 20th Regiment, Company B and as a corporal in the 30th Kentucky Mounted Infantry, Company G. 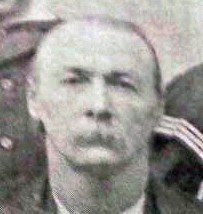 This drawing of the Battle of Shiloh appeared in Harper's Weekly: 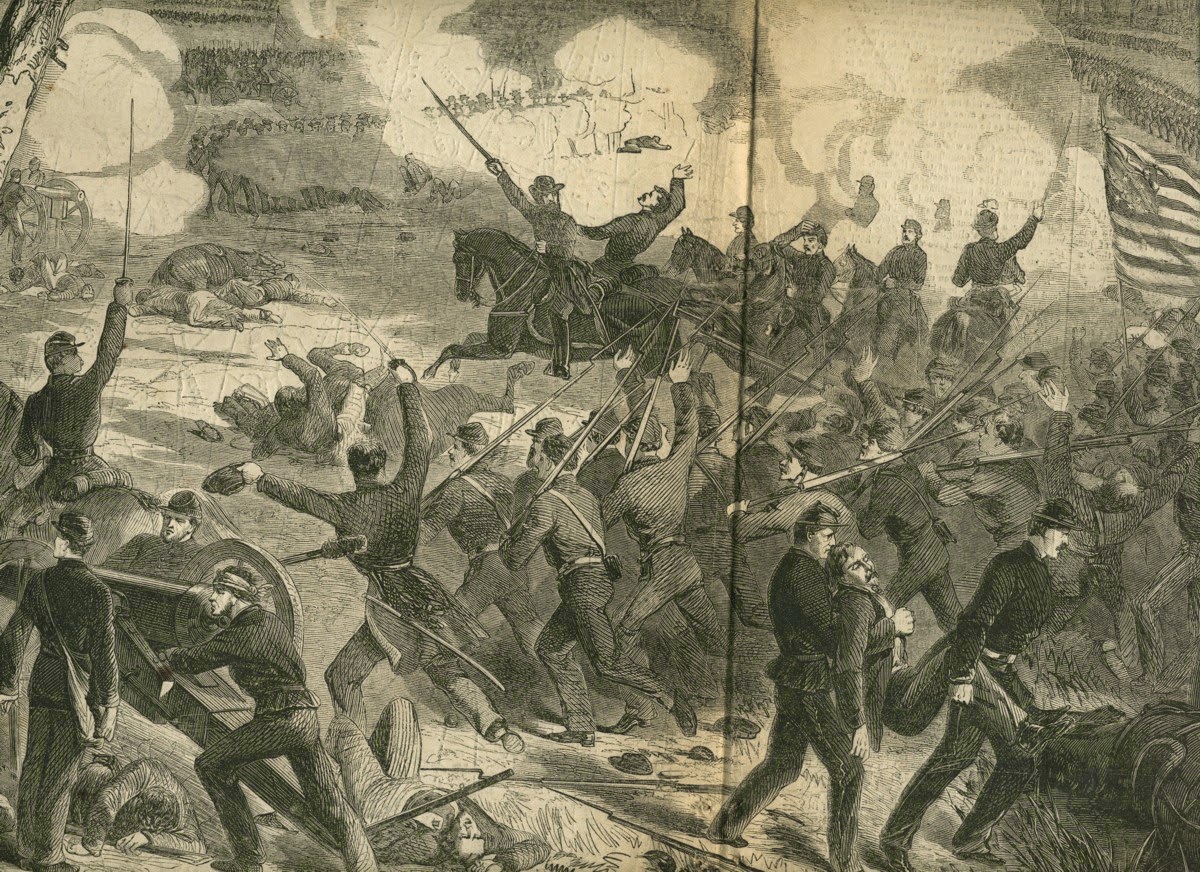 Before the Civil War Edward Merritt Easley was a successful real estate agent. 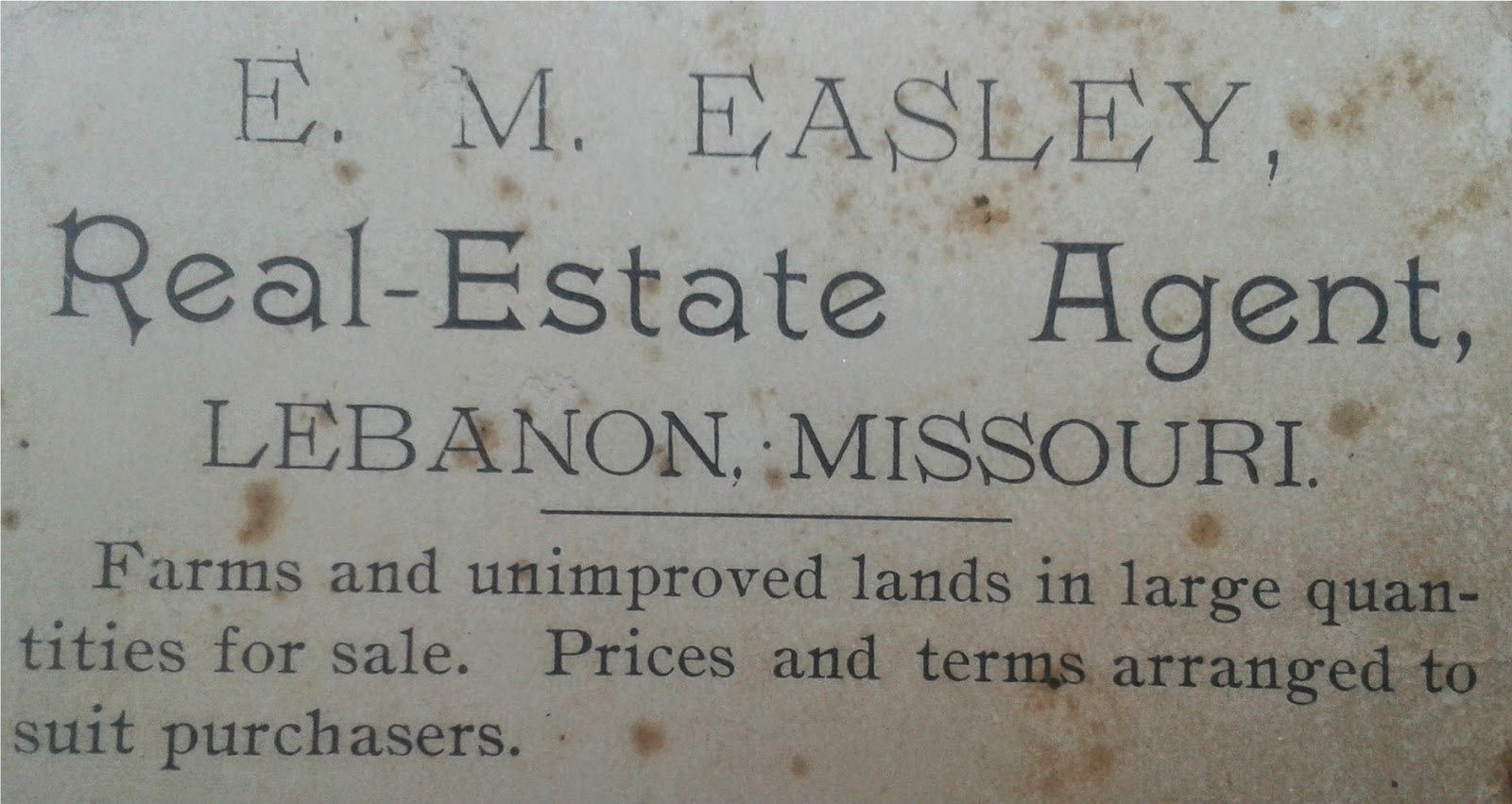 After the war, he began showing signs of what is now called post-traumatic stress disorder and could not do much more than manual labor.

These kinds of disorders were misunderstood back then, and no treatment was offered by the U.S. government. He was still exhibiting behavioral issues when he married my great-grandmother, Ellen May Crouch Easley, in 1881 in Linn Creek, Missouri (they settled in his hometown of Lebanon, Mo.). She was only 16 and he was 34. She and their children simply had to put up with these ongoing issues, which became worse over time.

Finally, in 1902, he was admitted by court order to the Federal Soldiers Home in St. James, Missouri. 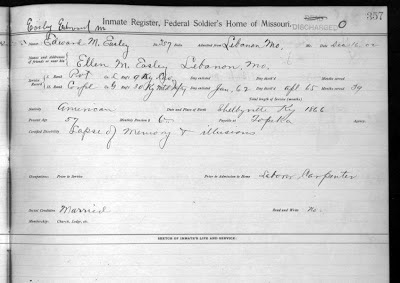 From there he was admitted to State Lunatic Asylum #3 (a horrible name) in Nevada﻿, Missouri, where he died in 1903.

May Easley became a widow at age 39 with five children to raise, including my beloved paternal grandfather Jesse (Jess) Harper Easley (1891-1983). 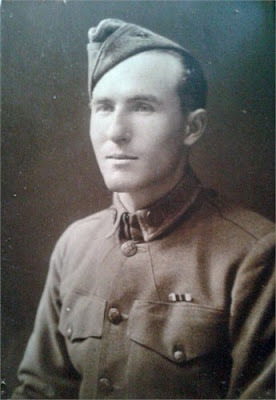 Jess served in France during World War I on the Western Front at Château-Thierry and Belleau Wood.  Thankfully he survived -- another reason why I'm here.

This photo of American troops at Hill 24 at Belleau Wood is in the National World War I Museum: 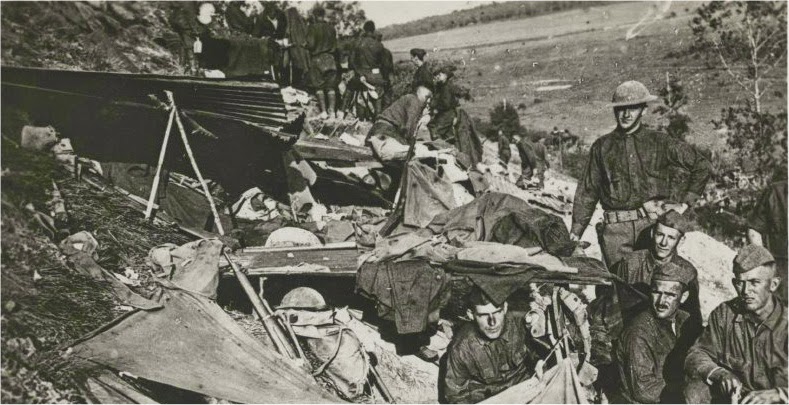 There are many other stories of people in my family line who served in wartime, from the American Revolution to World War II.

I won't tell all the stories now, but I'm glad to have an opportunity to honor a few of them today.
Posted by Ann Erdman at 10:22 PM