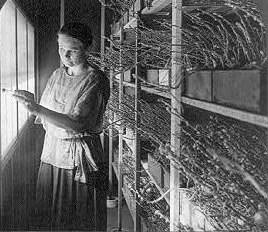 I stumped everyone this week, which means there will be an easier one next time (and then back to the head-scratching fun!).

In the circa 1920 photo above, an expert examines a specimen in a glass tube at an insectary owned by the Sierra Madre-Lamanda Citrus Association in Lamanda Park, which is now part of Pasadena.

Parasites propagated in the insectary's breeding room were used to kill insects that were infesting citrus groves.

Here is one of the labels placed on crates of oranges and lemons sent to destinations nationwide: 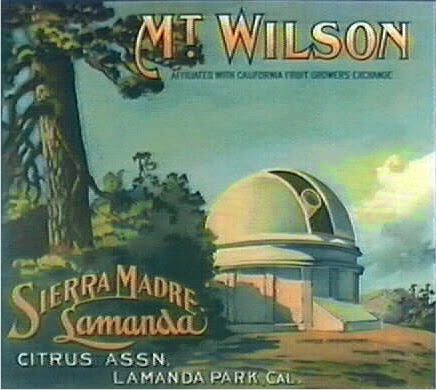 Icerya purchasi (common name cottony cushion scale) began infesting citrus groves in Los Angeles County in the 1880s. The early solution was to spray citrus groves heavily with sulphur and poisonous gases. By the early 1920s cottony cushion scale, native to Australia, threatened the future of the entire industry. The experiment with parasites was about as unsuccessful as the fumigation approach.

In desperation, citrus growers in Los Angeles and Orange, San Bernardino and Riverside counties teamed up and appealed to the U.S. Department of Agriculture in Washington, D.C.

In 1922 USDA entomologists and botanists went to work on an alternative solution and came up with the practice that is in use to this day nationwide: the propagation of rodolia cardinalis, commonly known as the vedalia beetle.

As it turned out, the predatory beetles just loved gobbling up cottony cushion scale. 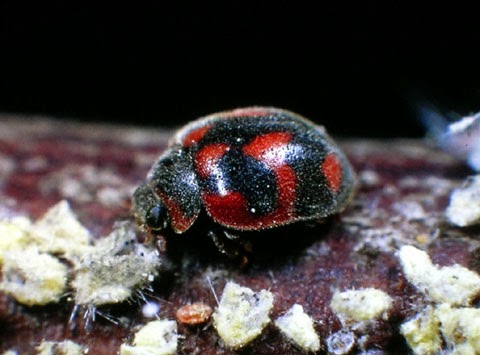 The first batches of beetles from the USDA laboratory were sent to insectaries that were in a position to propagate them for local distribution, and Lamanda Park's was one of them.

Cottony cushion scale could have destroyed the orange and lemon groves in Lamanda Park; a cousin of the ladybug saved them.

Here are some workers crating oranges in one of the Lamanda Park packing houses in 1923. 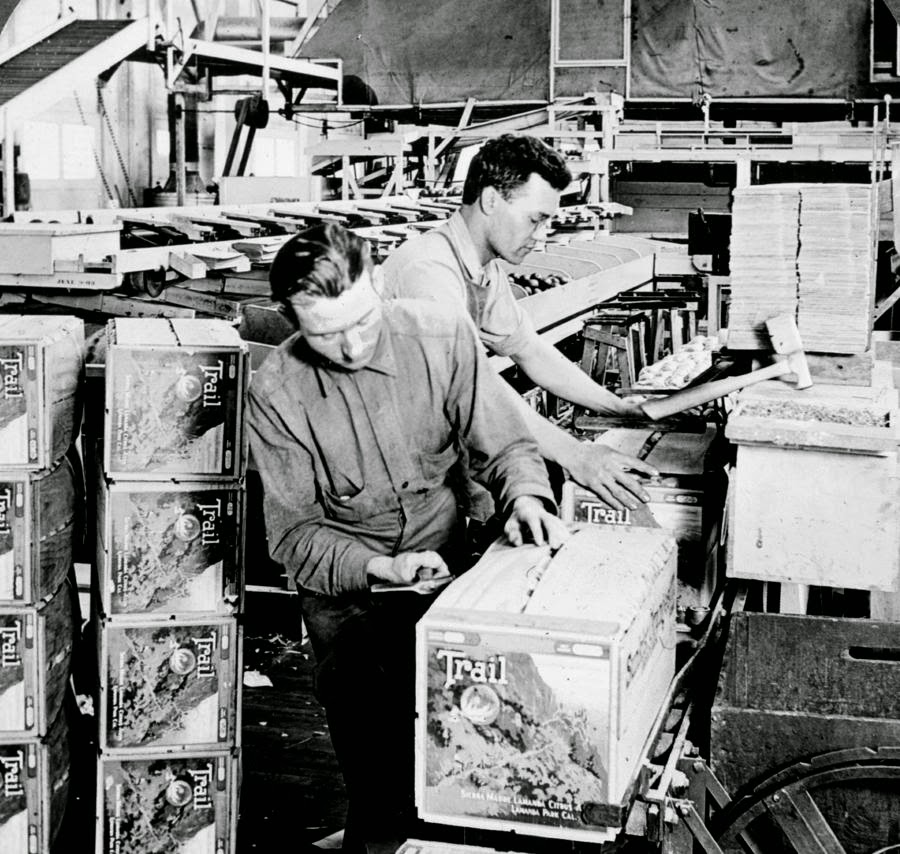 A better look at that label: 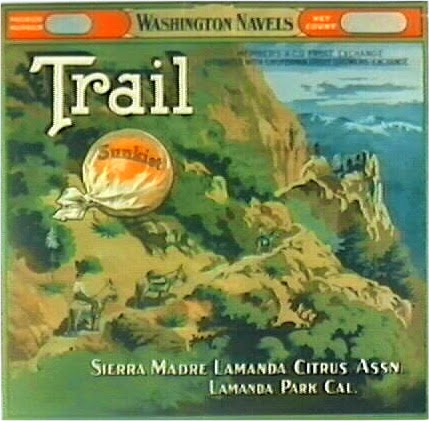 Many thanks to the Library of Congress, Hometown Pasadena and Huntington Library.
Posted by Ann Erdman at 6:00 AM