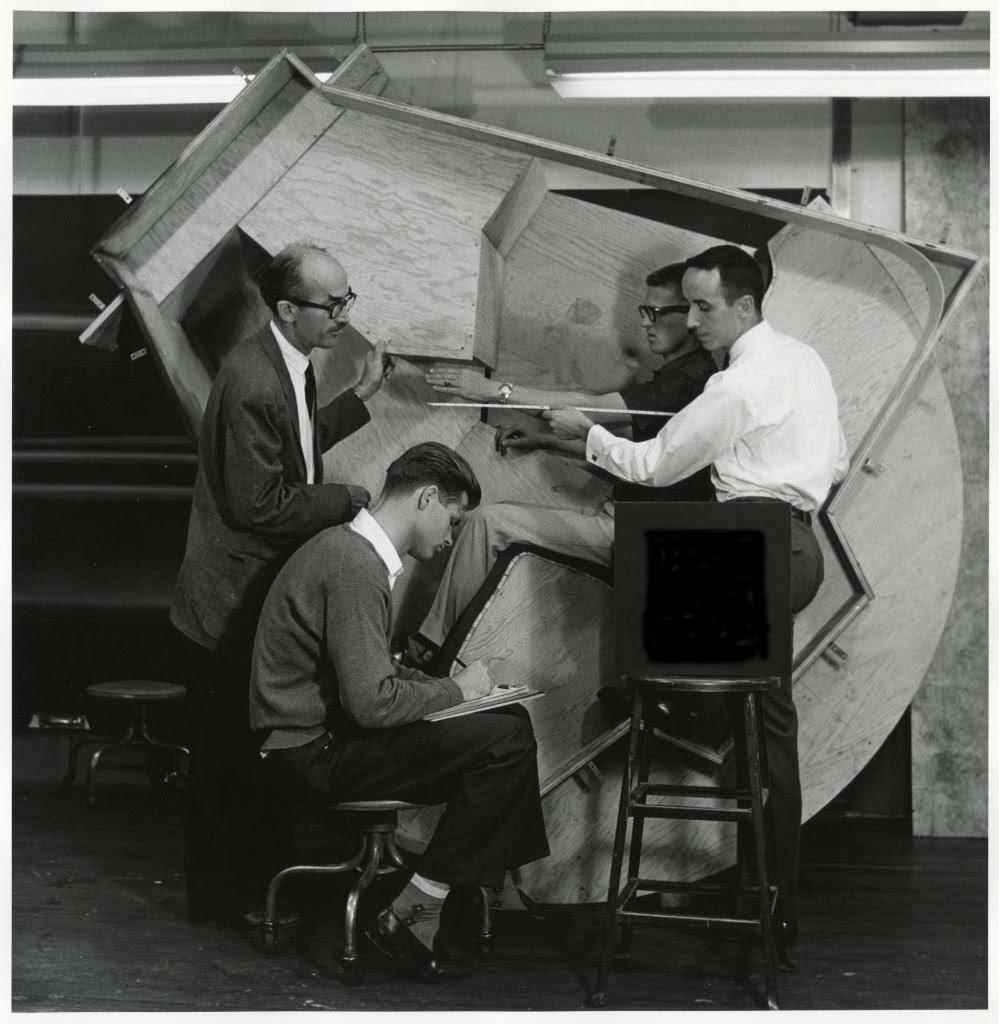 This one was a tough call with the all the guesses, some of which nibbled around the edges but none of which got the location or the specific project correct. Ron was the first to mention a space capsule, so I'm declaring him the winner.

In the 1960 photo above, Art Center College of Design instructor John Coleman (standing, left) advises environmental design students as they work on the wooden framework for a specific portion of the interior space capsule design that would be submitted by General Electric to NASA the following year for the Apollo program.

Here's the photo before I retouched it (badly). At the height of the Cold War and the Space Race, three corporations -- General Electric, General Dynamics and The Martin Company -- were invited by NASA to submit proposals for the design of an advanced manned spacecraft for the Apollo program, including a space capsule for launch and reentry.

One of the challenges for GE was to design a practical, efficient and reasonable spatial relationship between the pilot astronaut and the computer inside the space capsule.

GE turned to Art Center College of Design and the bright young minds of the environmental design students there. It was the college's first sponsored project. 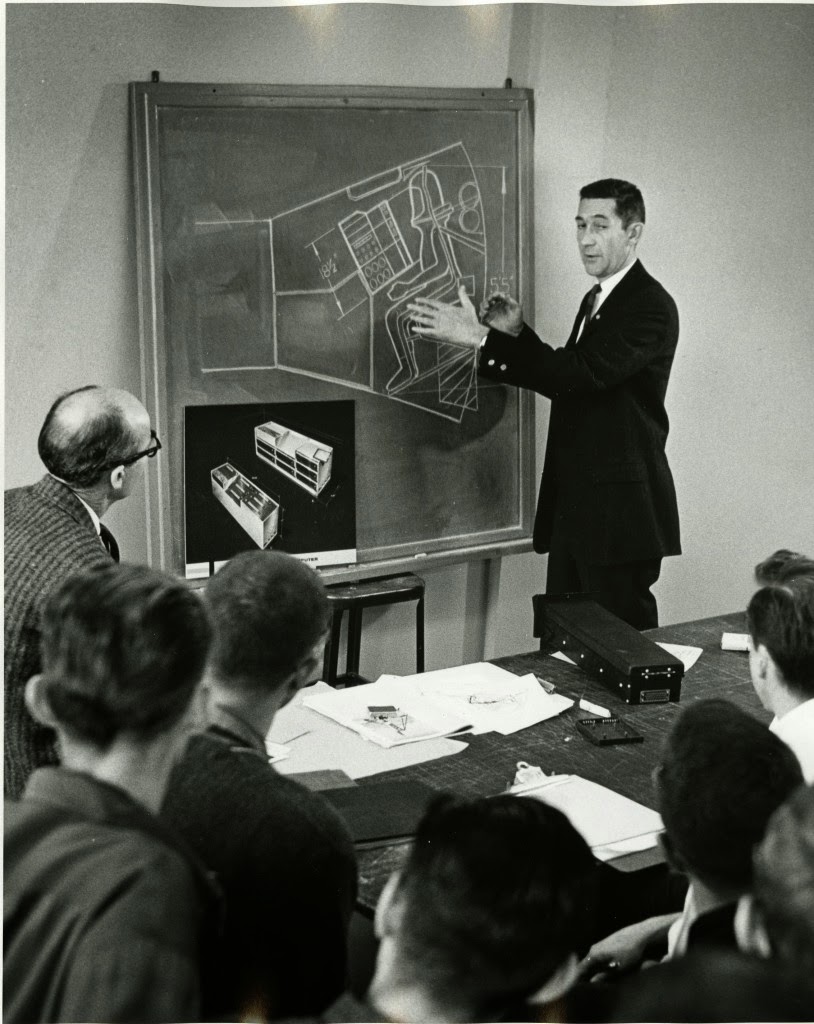 Students getting down to business: 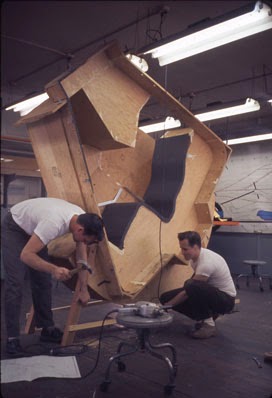 The unveiling of the completed project, with George Beck sitting in the pilot's seat: 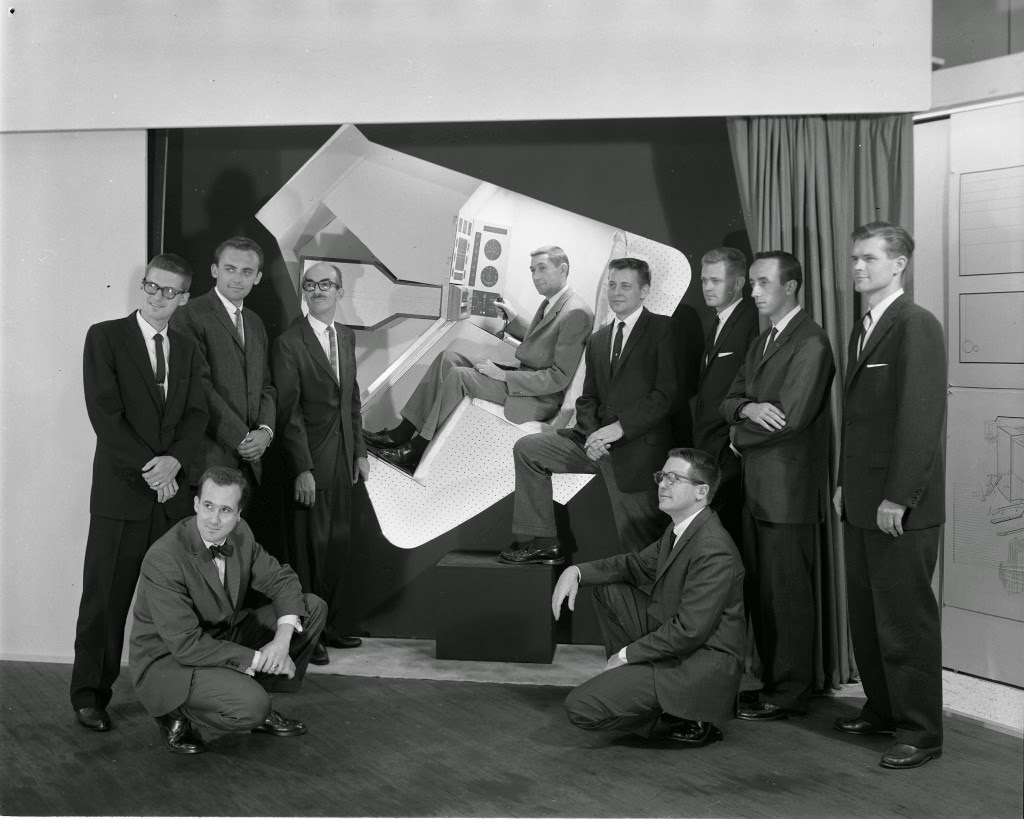 After NASA carefully reviewed the three proposals and praised each of them, the contract was awarded to The Martin Company.


Many thanks to Art Center College of Design.
Posted by Ann Erdman at 12:00 AM