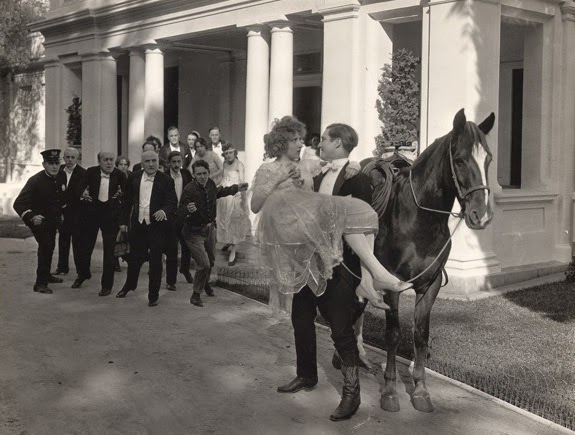 The winner this week is Terrie with her 4:10 p.m. Tuesday guess "Fenyes Mansion with Tom Nix" (sic).

In the 1918 photo above, a scene from the silent movie "Western Blood" starring Tom Mix and Victoria Forde is filmed at the Fenyes Mansion in Pasadena. Other scenes were shot in wide open spaces near Santa Clarita.

Mix and Forde had starred together in several Fox Film Corporation short films; this was their first full-length Fox feature. They got married shortly after the film's release. 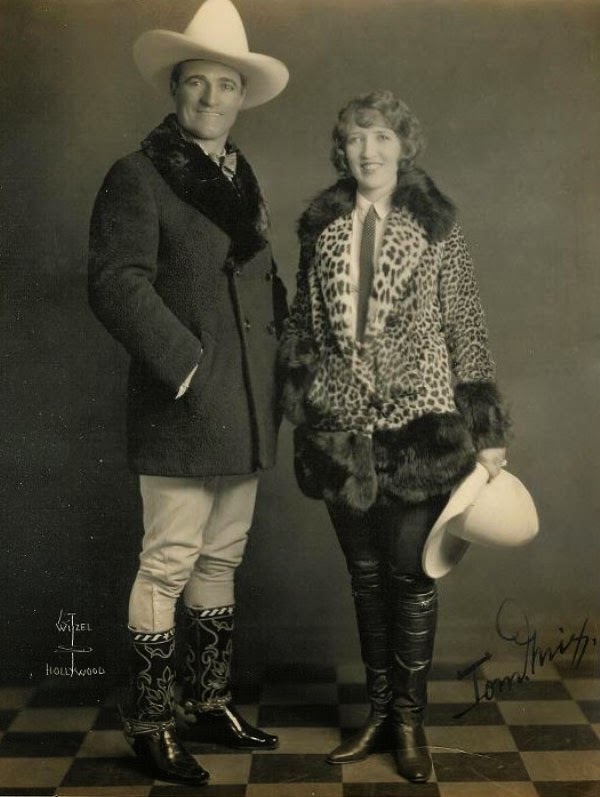 Tom Mix was an honest to goodness cowboy who had been a U.S. Marshal in Oklahoma and a Texas Ranger. He was the first Hollywood superstar, popularly known as King of the Movie Cowboys and starring in 283 films from 1909 to 1940.

He also had a traveling circus and wild west show. 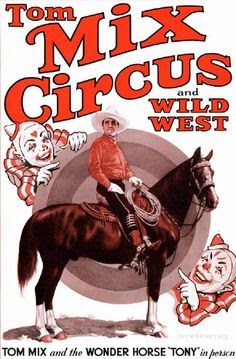 Here is the same side of the Fenyes Mansion today that is in the top photo: 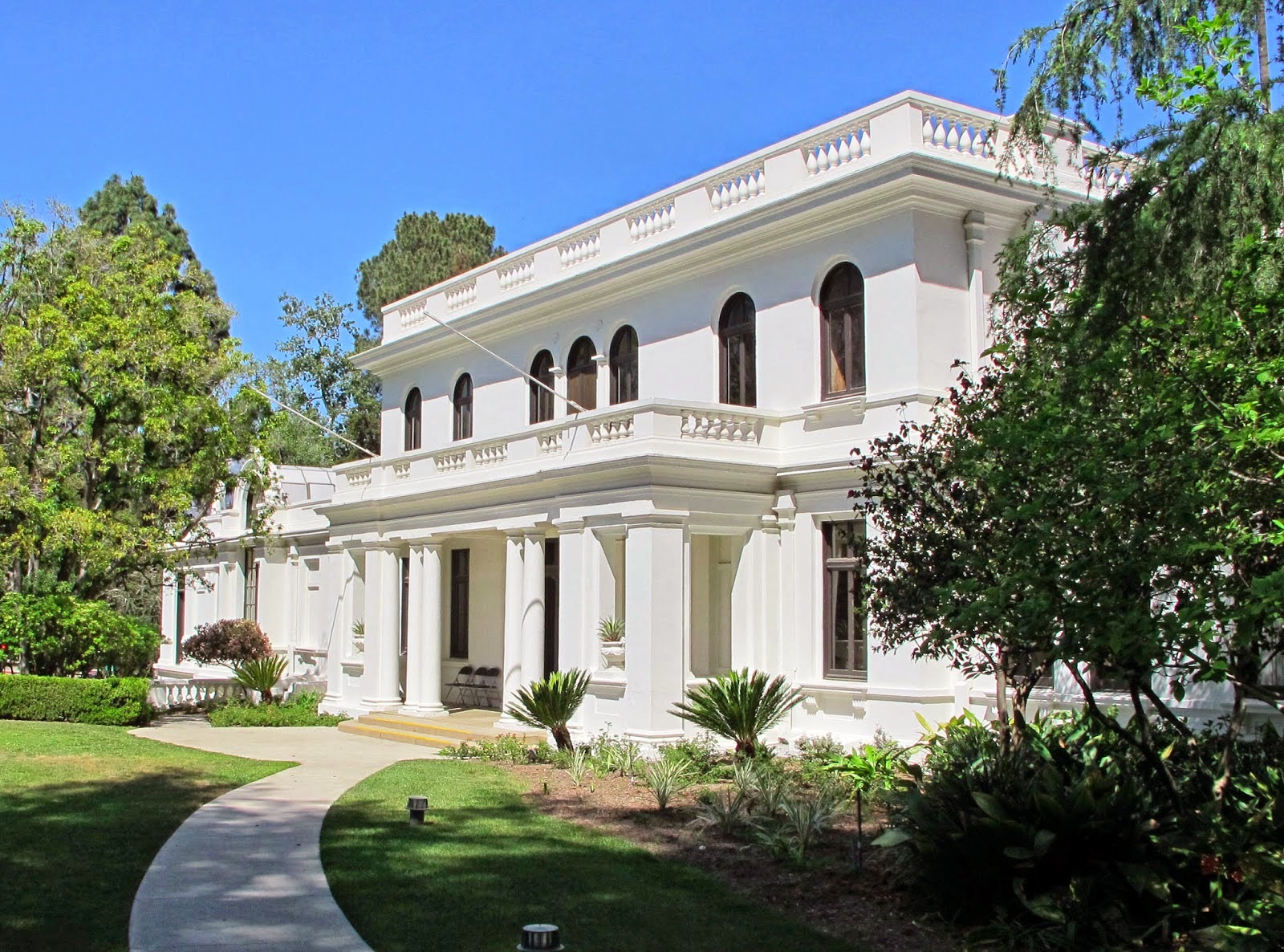 Eva Scott Fenyes was the first person in Pasadena to allow film production on private property; the first movie filmed at the Fenyes Mansion was D.W. Griffith's "When Kings Were the Law" in 1912. 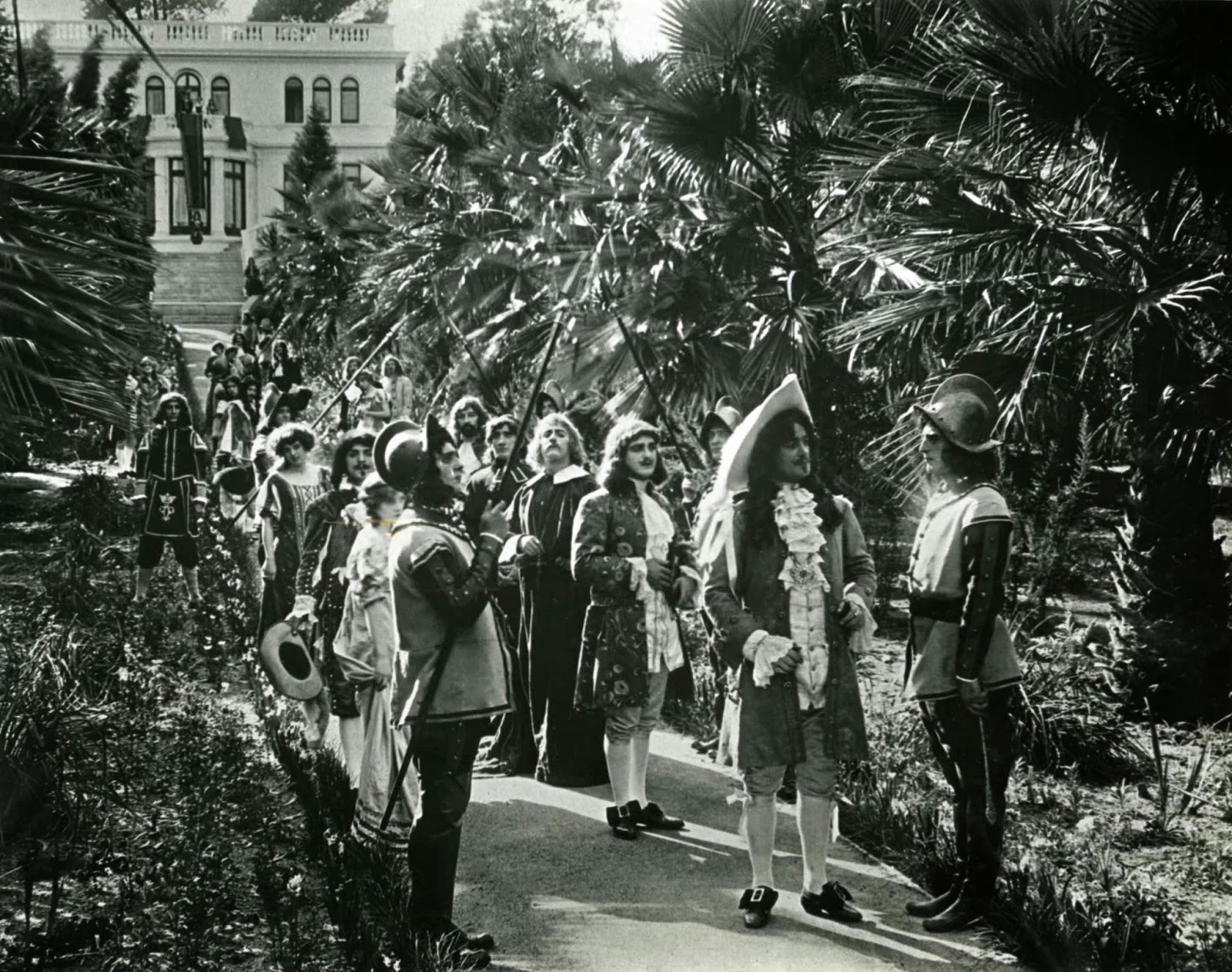 The most recent film with scenes shot there was "The Social Network" in 2010. Scenes were also shot at the Pasadena Masonic Temple and one of the fraternity houses at Caltech. (Thanks to Bellis for the clarification.)

You can see a more complete list of films shot at the Fenyes Mansion here.

One final photo: The Tom Mix Circus and Wild West Show came to Pasadena in March 1936. I'm not sure which neighborhood this was. Anybody? 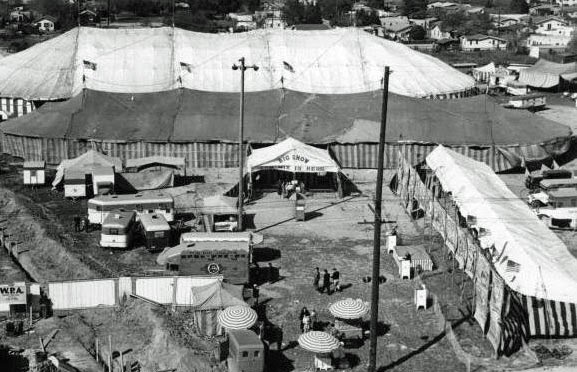 A lot of filming takes place in Pasadena. Is your property ready for a starring role? Click here for more information and to register.


Many thanks to Pasadena Museum of History, Pieces of Our Past, Circus World, Silent Hall of Fame and Big Old Houses.
Posted by Ann Erdman at 12:00 AM