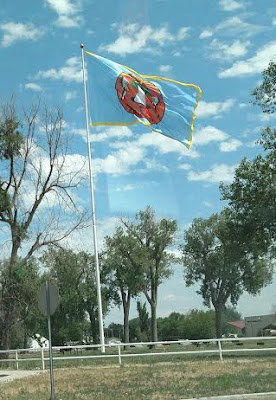 I started my day on Wednesday exploring Hardin, Montana, where I had spent the night, Hardin is a small town, population about 3,500, with a pretty, tree-lined little downtown area that is worth finding. Hardin is the county seat of Bighorn County. 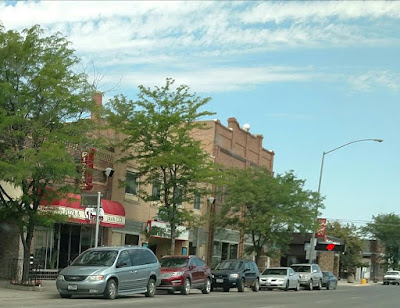 I like seeking out historic downtown areas, especially in small towns because looks can be deceiving when the one and only freeway exit is dotted with motels, fast food joints and, near reservations, casinos.


I drove about 20 minutes to the little town of Crow Agency, headquarters of the Apsaalooké Crow Nation.

At the center of town there is a large park where, along with obligatory playgrounds, picnic areas and basketball courts, there is a huge, impressive veterans memorial area (below) funded by the U.S. Department of Veterans Affairs. 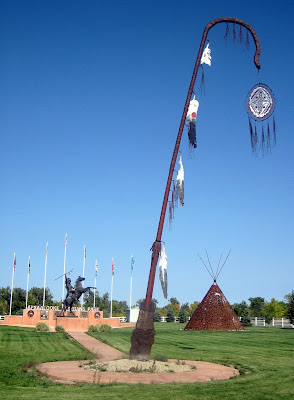 I drove another 10 minutes or so for the main event of the day -- the Little Bighorn Battlefield National Monument.

The Battle of the Little Bighorn, known to many as Custer's Last Stand and known to Lakota Sioux as the Battle of the Greasy Grass, was fought on June 25 and 26, 1876. It was the culmination of years of broken promises by the U.S. government, which had signed a treaty in 1868 acknowledging that the Sioux owned about 125,000 square miles of land from their sacred Black Hills in western South Dakota down to northeastern Wyoming and southeastern Montana. These lands were the historic buffalo hunting grounds of the Sioux, Cheyenne and other Plains Indians. In the treaty, the U.S. government promised the Sioux protection against any encroachment on these lands by white settlers.

But after gold was discovered in the Black Hills by an expedition led by Custer in 1874, miners began flooding the region. The U.S. government insisted that the Sioux renegotiate the treaty. When Sioux leaders refused, having already experienced one broken promise after another, the government unilaterally nullified the treaty and the U.S. Army was given orders to force the Sioux onto an even smaller reservation. 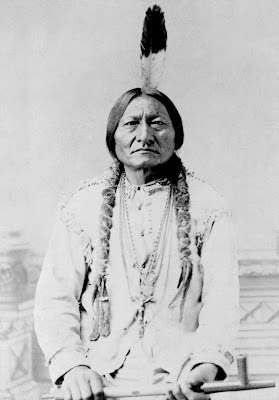 This betrayal led many Sioux, Northern Cheyenne and Arapaho warriors to leave their reservations and join Sitting Bull (in the photo above), Crazy Horse and other Native American leaders in Montana. By late spring of 1876, an estimated 7,000 to 10,000 warriors had gathered along the Little Bighorn River in defiance of a U.S. War Department order to return to their reservations or risk being attacked and forcibly removed.

Ordered to go to the Little Bighorn to confront, capture and potentially kill the warriors, George Armstrong Custer led 12 companies of the 7th Cavalry -- 700 men in total -- but was unaware of the huge number of warriors they were up against. 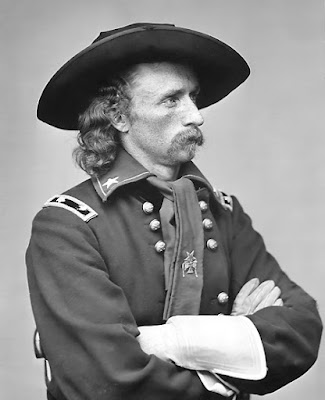 Custer's men were quickly overwhelmed in what became known as Custer's Last Stand. More than 250 soldiers of the 7th Cavalry were killed; most of the rest fled.

What I have written here is a simplified version of what happened. I'll let you click in to links throughout this post to get more details.
The Battle of the Little Bighorn would be the last victory for the Sioux and other Plains Indians. They were forced onto reservations after all and their sacred, traditional ways of life were over. 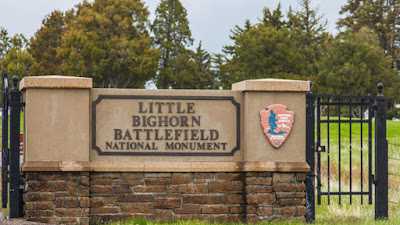 I arrived at the visitors center just in time to see a very well produced film by the National Parks Service about the Battle of the Little Bighorn. Then I joined a dozen other people on the patio to hear a ranger talk about the battle with "Last Stand Hill" as a backdrop. He was very respectful to both sides and explained motivations, battle strategies, errors made, etc. The ranger is a member of the Crow Nation. 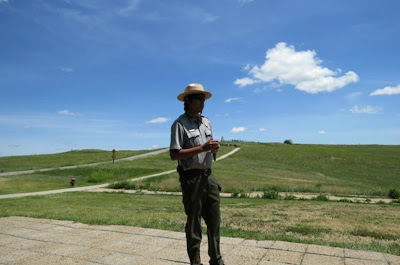 I took some time to look at some of the exhibits inside the visitors center, then took a 4.5-mile driving tour, punching in numbers on my cell phone that correspond with educational audio recordings about the various stops along the way.

On Last Stand Hill there are memorials to the 7th Cavalry soldiers who died... 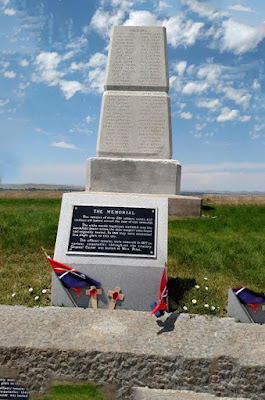 . . .and the warriors. On the other side of this monument are granite panels that are etched with narrative, images, etc. It was completed two years ago. 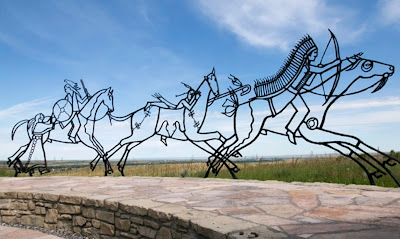 Here is an area on Last Stand Hill with markers where soldiers fell. The one in the center with the black emblem is where Custer fell. 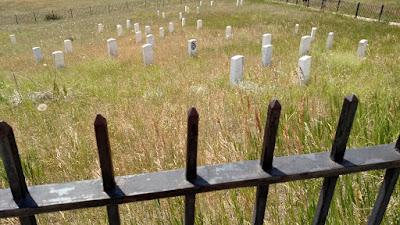 Markers where known warriors fell are a new addition throughout the battlefield site. (Click in to the photo if you can't make out the writing on the marker.) 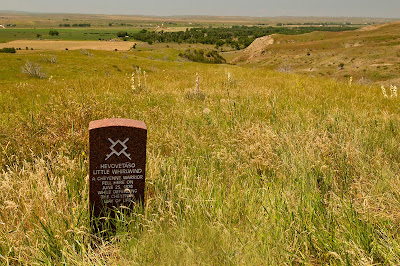 There are nearly 4,300 markers throughout the vast area memorializing where soldiers and warriors fell. 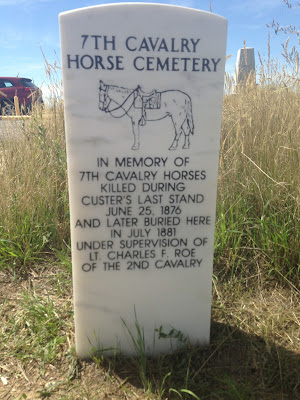 I passed these horses on the driving tour and wondered if they are descendants of the Sioux horses. 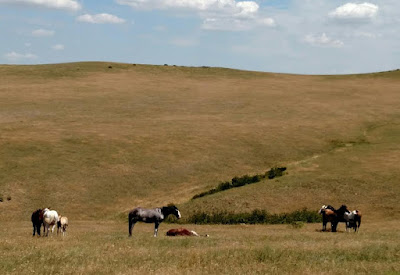 I spent about three and a half hours at the Little Bighorn Battlefield National Monument. On the driving tour, away from the people crowded at the visitors center, it wasn't difficult to imagine the sound of galloping horses, the noise of gunshots and war whoops, the sight of the dust that was stirred up.

Now it is peaceful, quiet, somber and sacred.


Photos of Sitting Bull and George Armstrong Custer are courtesy of the Library of Congress.
Posted by Ann Erdman at 8:08 PM