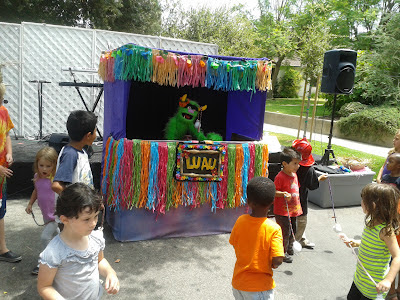 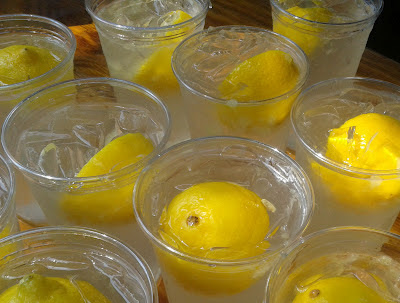 Even four-legged guests were in the lemonade line! 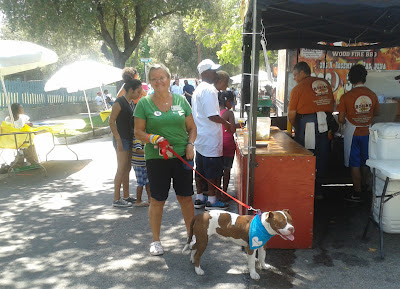 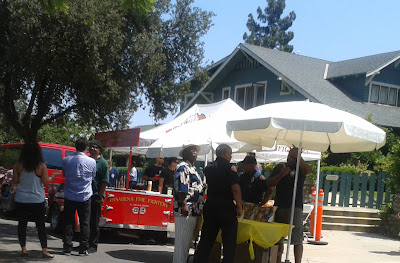 The grill surface can't really be seen in the photo I shot today. Here's one I took during National Night Out at Jefferson Park two years ago so you'll get the picture: 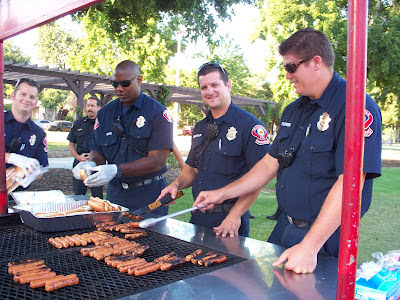 It was great to visit yesterday with some of our Police Department leaders. Left to right are Lt. Phlunté Riddle, Chief Phillip Sanchez and Commander Darryl Qualls. I miss working with them. (Thanks to City Councilwoman Margaret McAustin for snapping the photo on my phone!) 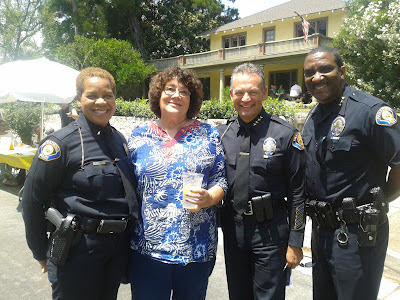 Several other City of Pasadena departments were represented at booths and tables where there was plenty of information and giveaways.
Here's Catherine Haskett Hany, communications director for the Pasadena Public Library system, explaining some new programs to a guest. 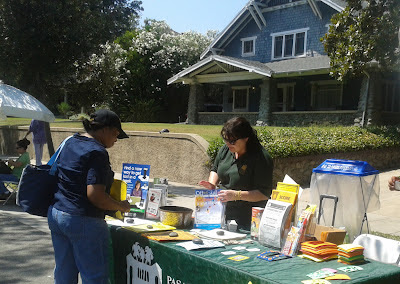 Cathy was part of my PIO Team, as was Phlunté.

These children were smart to bring a wagon for transporting all their loot! 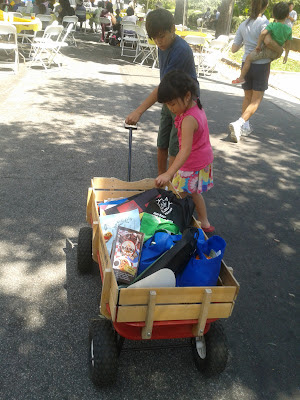 I don't know the name of the band that entertained everyone the last couple of hours. It was music to everyone's ears. 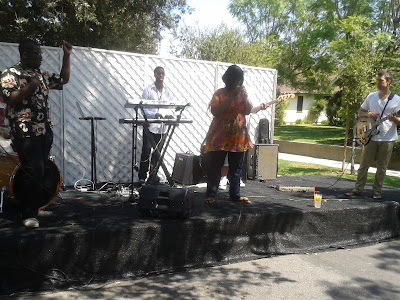 These residents enjoyed the show from their front porch: 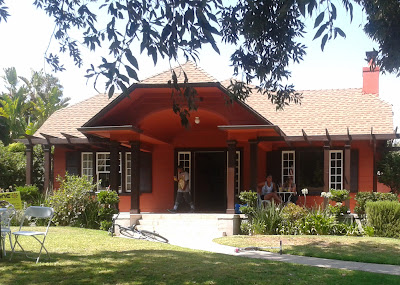 And these had it made in the shade: 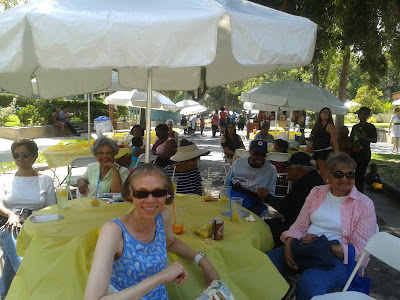 This was a new one to me: a video game trailer: 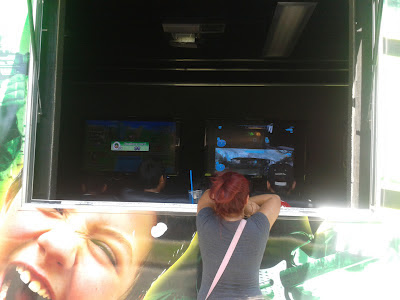 The mouth of this behemoth is a bounce house and the tail is a slide. The kids were having a great time playing in and on it all day. I shot this on my way back to my car at the end of the block party, so there was only a handful of children by that time. Dads were standing by: 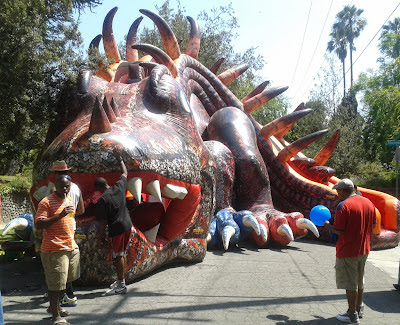 From the back, spanning the entire width of the street, it looks like the aliens have landed: 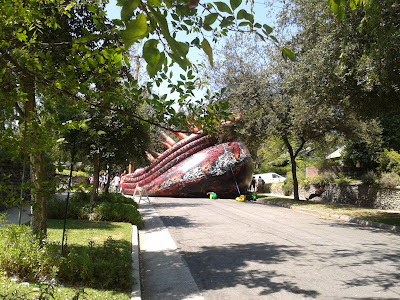 Huge props to Jackie McIntyre, Chris Holden's field representative. Every year she plans every detail for the annual block party months in advance and then supervises the event all day.

I parked on Douglas Street, so I walked down North Madison Avenue to get back to my car. I stopped along the way to admire a couple of the iconic two-story Craftsman homes along Madison with sturdy arroyo stone gracing the retaining walls and beautifully planted yards and parkways: 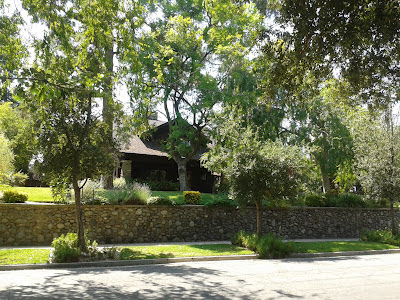 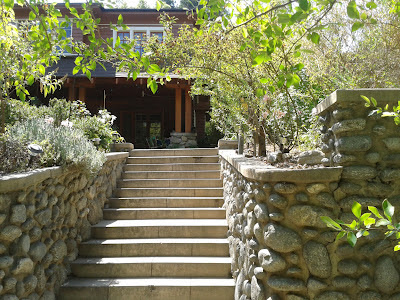 This huge piece hangs from a tree in front of one of the homes on Madison. I have no idea what it is. Anybody? It's on the west side of Madison a couple of houses north of Douglas. 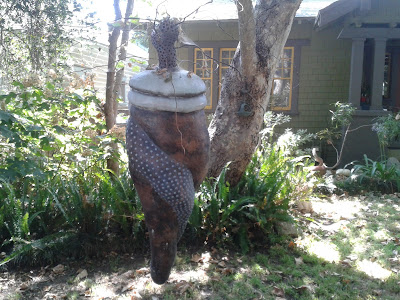 As I was wrapping up this post, I realized that I hadn't shot any photos of Chris at the block party. It was my privilege to work with him for 21 years. So in homage to the esteemed councilman, here's the Read poster featuring Chris (each councilmember posed with his or her favorite book): 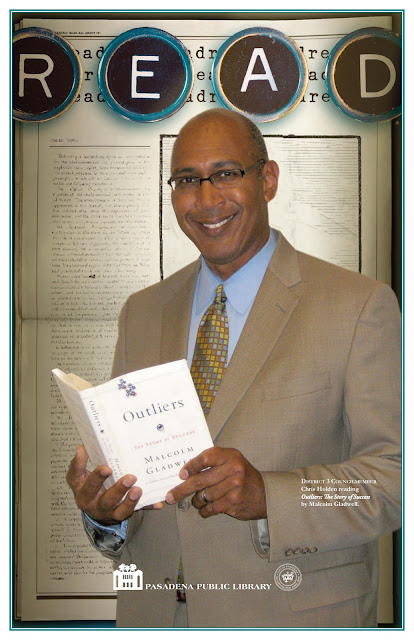 In June Chris won the democratic primary election for the state assembly seat representing the 41st District, which generally encompasses a large area from La Cañada Flintridge to Upland. If he wins in November -- and I think he will -- can we anticipate the summer block parties continuing?

I'll have to talk to him about that...