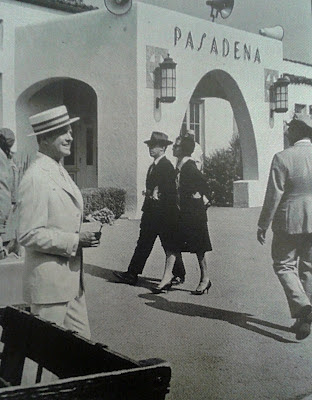 Wanda, Diana and Karin were getting pretty warm with their guesses related to a number of different movie stars, and Bellis figured it was a movie set.

In the photo above, Bob Cummings (in white hat) acts in a scene from "The Carpetbaggers" shot at the Santa Fe train station in Pasadena.

Pasadena has been the location of hundreds of films, TV shows, commercials, music videos and more.

Film productions on location in Pasadena have included "Birth of a Nation," "To Kill a Mockingbird," "The Sting," "Back to the Future," "Pulp Fiction," "The Big Lebowski," "Legally Blonde," "The Artist," "The Social Network," "The Last Samurai," "Spider-Man 3," "Transformers," "The Terminator," "Men in Black II" and "A Walk in the Clouds" (meeting Anthony Quinn in full regalia on a horse in the City Hall courtyard was a particular thrill for me!).

In "Gone with the Wind," the Arroyo Seco doubled as Ashley Wilkes's Twelve Oaks plantation for the big barbecue scene: 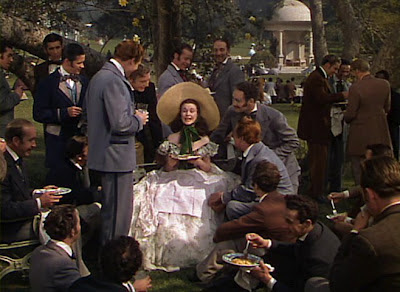 And Pasadena City Hall was the setting for several scenes in the film "The Changeling." My former graphic designer, the mighty Zack Stromberg, shot this photo of director Clint Eastwood chatting with the film's star, Angelina Jolie. 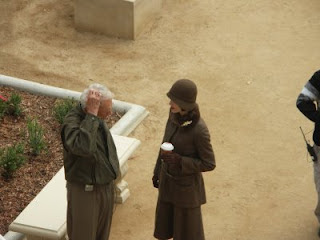 See a full list of movies and TV filmed in Pasadena here.

The City of Pasadena Film Office works with location scouts and production companies constantly. Ariel Penn and her staff are very, very busy all the time, which is a good thing! 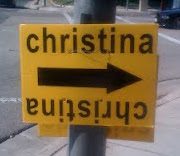 . . .it's guiding actors, extras, production crews and others to TV and film locations.

Many thanks to Pasadena Museum of History.