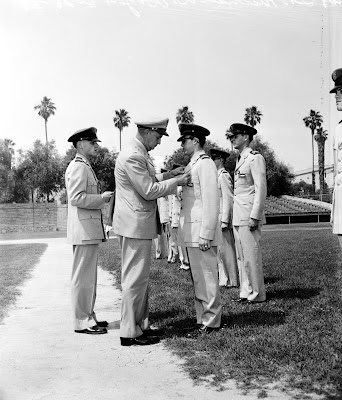 But it's not high school, it's Caltech!

The ceremony was a big annual deal. 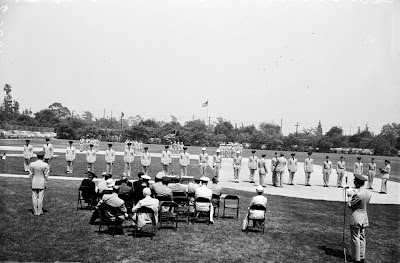 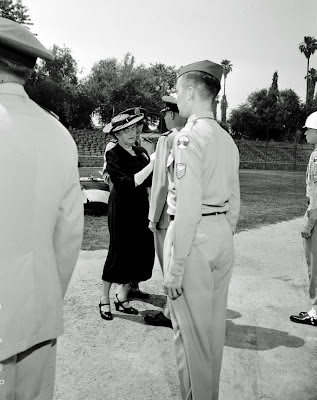 Even Caltech President Lee Dubridge got into the act: 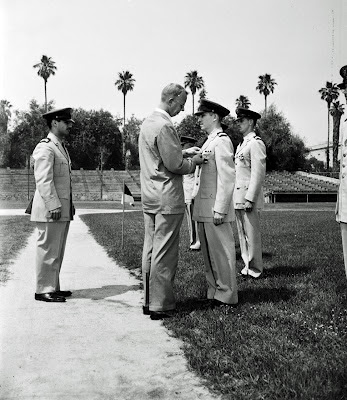 Dr. Dubridge was no lightweight: He supervised the development of JPL and made the cover of Time Magazine. (To this day JPL is managed by Caltech.)

Caltech's Air Force ROTC program began in 1951, just six years after the end of World War II. Cadets had two years of basic courses in aeronautical science and military drill, with more specialization during the remaining two years. Summers were partially spent training at a U.S. Air Force base. Upon completion of the four-year course, they were commissioned second lieutenants in the U.S. Air Force Reserve and were subject to the call to active duty at any time.

Students enrolling in the ROTC program had to meet Caltech's rigorous requirements for admission.

There is still an Air Force ROTC program at Caltech, but it's now in partnership with USC. Cadets go through training at USC and receive Caltech credit.

Many thanks to Pasadena Museum of History and Caltech.

This is for my grandson David.
Posted by Ann Erdman at 4:50 AM