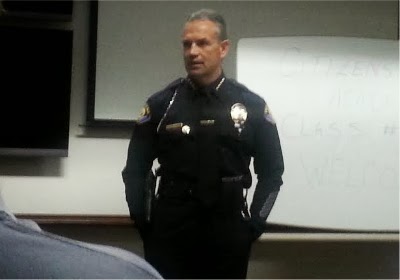 Thursday, Jan. 30, was the first night -- orientation -- of the 12-week Citizens Police Academy Class #40 in the Assembly Room at the Pasadena Police Department. Police Chief Phillip Sanchez greeted everyone and set the tone for the course.

CPA is a program that allows citizens who live, work or own property in Pasadena to learn about every aspect of Pasadena police operations.

Everyone paid careful attention in the orientation. I'm the one you can barely see in the fuchsia sweater behind the gentleman in the green shirt. 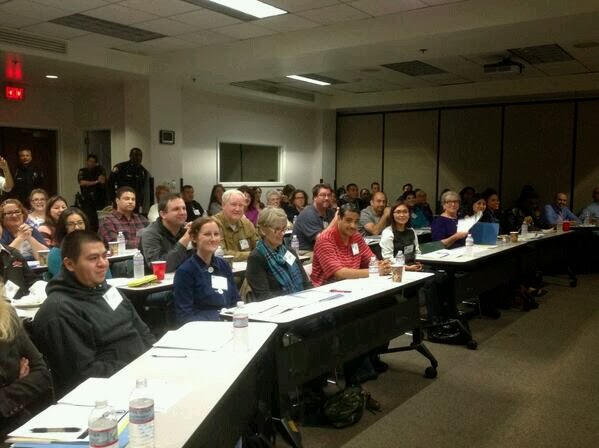 Chief Sanchez introduced everyone to the Pasadena Police Department command staff, all of whom I've known for years, and it was great to have them in this setting.

Left to right are Commanders Darryl Qualls, John Perez, Lisa Rosales and Chris Russ, and Lt. Tracey Ibarra, adjutant to the chief of police and the PD's public information officer. 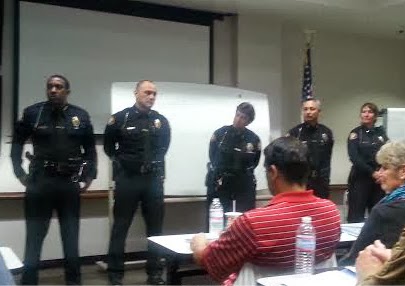 At one point they all took off their badges, including Chief Sanchez, and passed them around for everyone to hold and to feel the weight. "Our officers are warriors and our badges are in the shape of a shield," he said. I didn't take a photo of a badge in my hand, but took a photo of Chief Sanchez's badge on his uniform during a break. 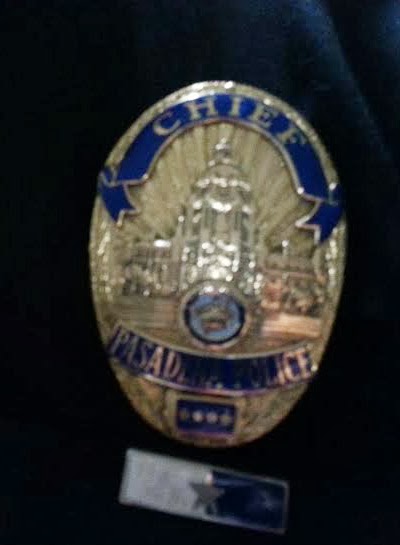 As the City of Pasadena PIO for 22 years, I was involved in several Pasadena Police Department incidents from the standpoint of providing additional support for media relations at the request of police chiefs from Bruce Philpott to Phil Sanchez, often at incident command centers.

But I never had time to attend the Citizen Police Academy, so now I'm really looking forward to getting a realistic view into the day-to-day activities of all the divisions and sections.

Dinner was served up by Pasadena Police Department volunteers. 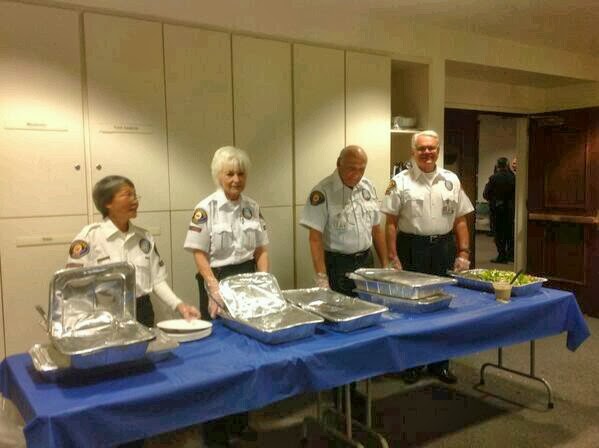 At the end of a break I caught up with Tracey Ibarra. 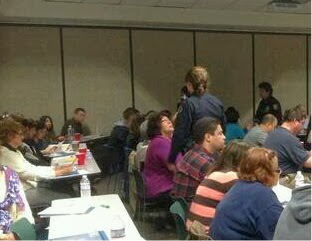 We divided into three groups for a tour of the PPD. One of the stops was the Communications Section where 9-1-1 operators and dispatchers take calls and relay information to patrol officers (be sure to watch the video on the link). I was particularly interested in this section because my youngest daughter Jessica does this job at night for the San Diego County Sheriff's Department.

While we were there, this operator took a call from an elderly gentleman who said someone in a car outside his home was threatening him and his family. The man spoke very broken English, so the operator immediately got a Mandarin interpreter on the line. It was all very fascinating. 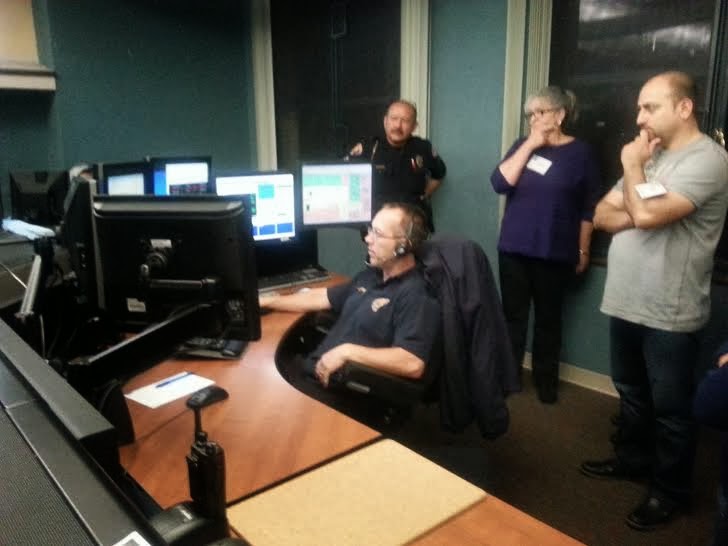 Among the many other areas we toured was the Criminal Investigation Division. The detectives mostly work days, so we had the division to ourselves. 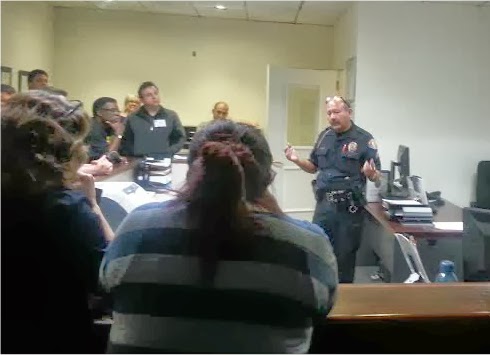 Kitty Johnson, a civilian employee in the Neighborhood Services Unit of the Community Services Section, will be a constant at all of the CPA classes, when commanders and officers from various sections will come in and inform us about the inner workings of the department. 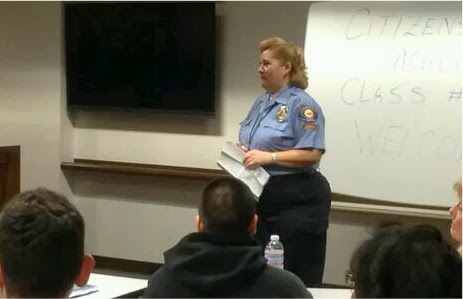 We will also have two sworn officers who volunteered to facilitate this class (more about them later).

We'll be there from 5:30 to 9 p.m. every Thursday, with the exception of two daytime field trips to the PPD heliport and the firing range (I can barely wait for that one!).

I'll write a blog post every week to update you on the progress of the class, which will conclude with a graduation when I'll receive certification. I'm looking forward to this great adventure!


Photos were shot by yours truly and Chief Sanchez, who you can follow on Twitter here.
Posted by Ann Erdman at 12:48 PM