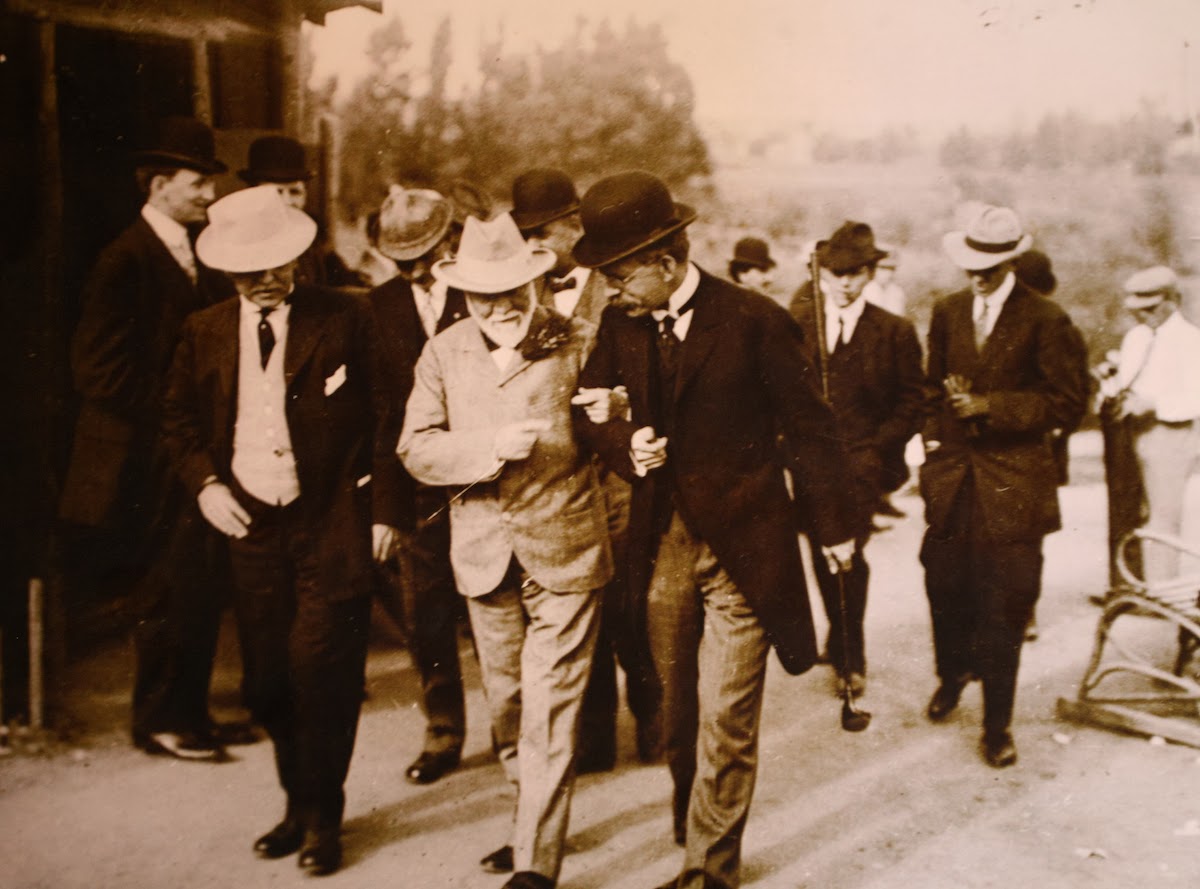 In the photo above, Andrew Carnegie, center, walks arm-in-arm with George Ellery Hale, right, outside Mount Wilson Observatory during Carnegie's week-long visit in 1910 to see what his money had made possible.

Hale, a force to be reckoned with in Pasadena, founded the observatory and was instrumental in the founding of Caltech, which previously had been Throop University.

As a member of Pasadena's first Planning Commission, Hale guided the master plan for the Civic Center -- which now consists of Pasadena Public Library to the north and Pasadena Civic Auditorium to south, with City Hall, the Post Office, Police Building, Courthouse and other structures in between.

The Hale Building in the Civic Center, which houses the Pasadena Planning Department and the Permit Center, is named in his honor. 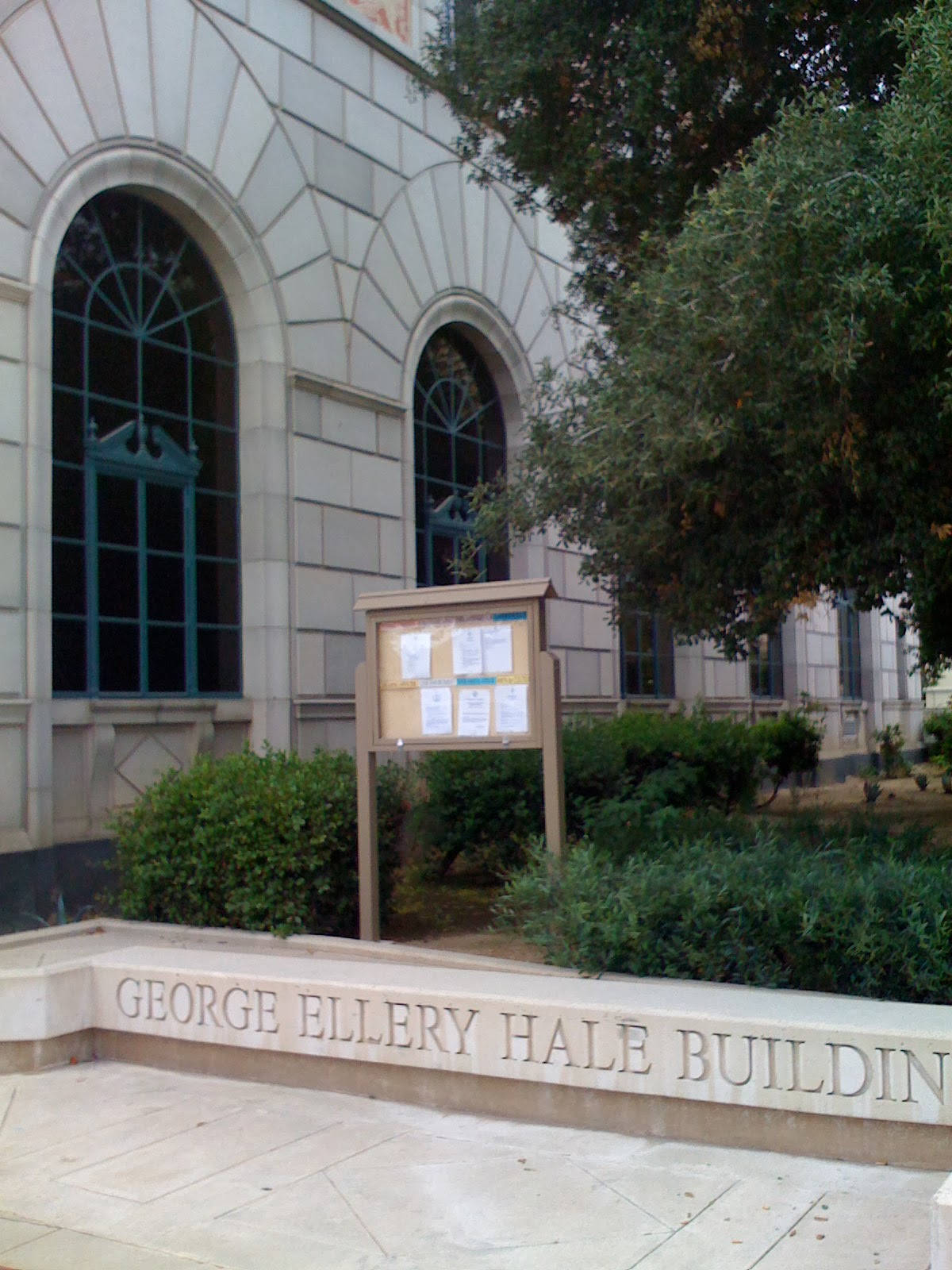 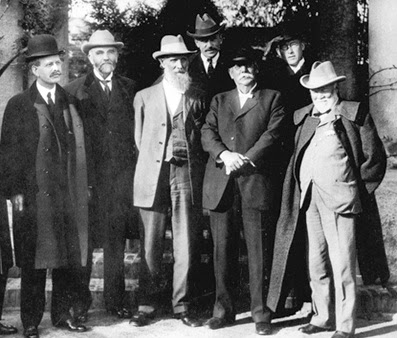 The elegant headquarters for the Carnegie Institution for Science's Carnegie Observatories is at 813 Santa Barbara Street in a quiet Pasadena neighborhood off North Lake Avenue. It features beautiful grounds; you can explore inside and meet the astronomers during an annual open house every October, which I highly recommend. 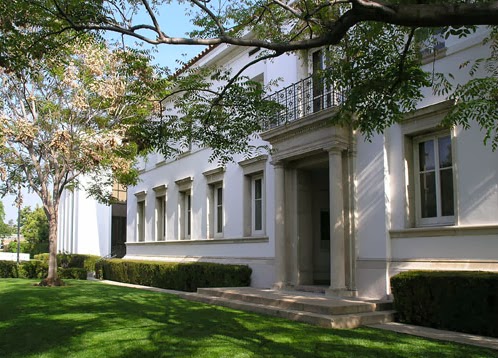 I'll leave you with this photo of Carnegie and Hale inside Mount Wilson Observatory in front of the 60-inch telescope. Many thanks to Caltech, American Institute of Physics, The Carnegie Observatories and Mount Wilson Observatory for the photos.