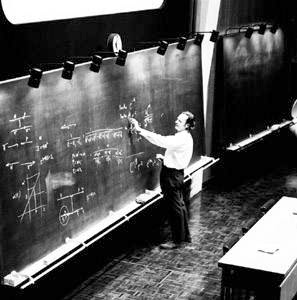 In the photo above, Dr. Richard Feynman writes physics equations on a chalkboard during one of his many lectures at Caltech.

An influential theoretical physicist, he solved the puzzle of quantum electrodynamics, earning him the Nobel Prize for Physics in 1965, which he shared with two others. 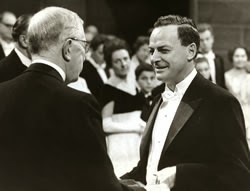 Feynman was known worldwide –– but he was a local who lived in Altadena.

He wasn't a one-dimensional egghead, that's for sure. He was esteemed as much for his humor, spirit of adventure and love of life as he was for his brilliant mind. 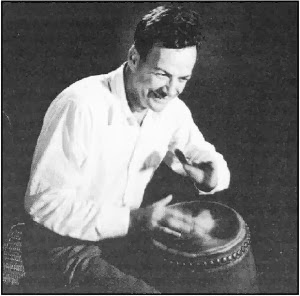 He was a musician, artist and actor, traveled the world and had many close friends, including our late, beloved Jirayr (Jerry) Zorthian. After meeting at a party, they spent decades as best friends, respectively teaching each other physics and art.

Zorthian's Feynman Wall of Passion that he created at his Altadena ranch has become iconic to those of us who spent many happy hours there.

The physics equations and artful sketches Feynman drew on cocktail napkins and paper placemats at the now-defunct Gianonni's in East Pasadena became legendary. 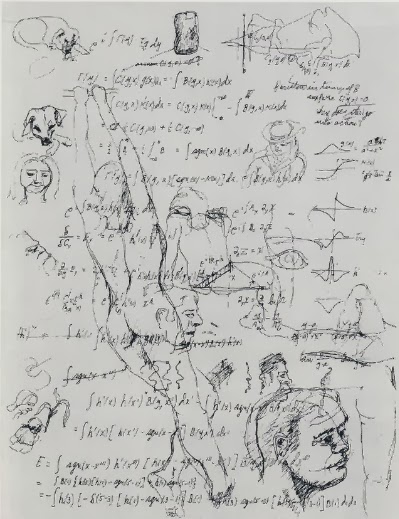 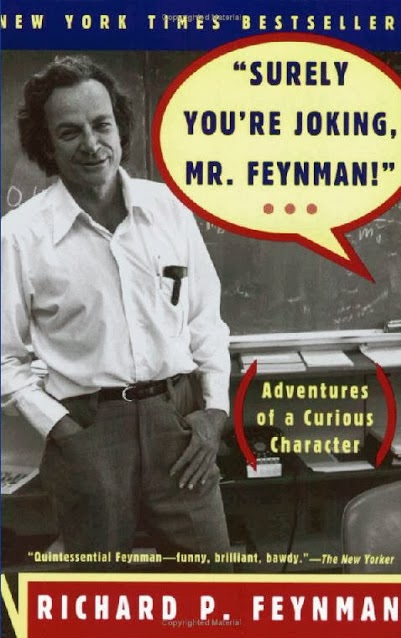 Feynman famously explained physics in a way that anyone could understand.

He was instrumental on a presidential commission that investigated the Challenger disaster. By compressing the material used in the shuttle's O-rings in a clamp and immersing it in cold water, he demonstrated that the O-rings became less resilient in cold weather. This simple presentation led to the commission determining that the disaster was caused by the primary O-ring not properly sealing in unusually cold weather at Cape Canaveral. 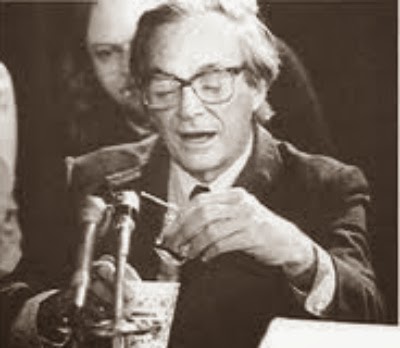 There's even a film about Feynman and his investigation into the Challenger disaster. William Hurt plays Feynman.

His interest in Tuva sparked him to plan a trip there, with his now-famous mantra "Tuva or Bust!" But the Soviet Union blocked his many travel requests. Ironically (or perhaps it was calculated), it was only after he passed away in 1988 that his request was granted.

In 1993 the U.S. Postal Service commemorated his life and work by including him on a postage stamp series along with three other influential and award-winning scientists: Barbara McClintock, Josiah Willard Gibbs and John von Neumann, 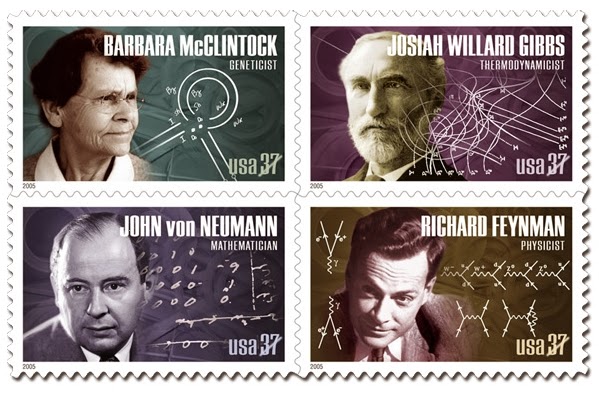 Please take the time to enjoy this video that includes wonderful moments with Richard Phillips Feynman and his last interview in 1988.


Many thanks to Caltech, the Royal Swedish Academy of Sciences, the Zorthian Ranch and the U.S. Postal Service for the photos.
Posted by Ann Erdman at 11:55 AM