The behaviors of Pasadena Police Department patrol officers are as far removed from the bumbling Keystone Cops as they can get, but it sure is fun to watch those silent film officers in action!

Last Thursday at our Citizens Police Academy class Lt. Vasken Gourdikian explained all the ins and outs of the Field Operations Division, which includes Patrol, K-9, HOPE Team and Park Safety. He was filling in for Commander Chris Russ, who oversees the division. 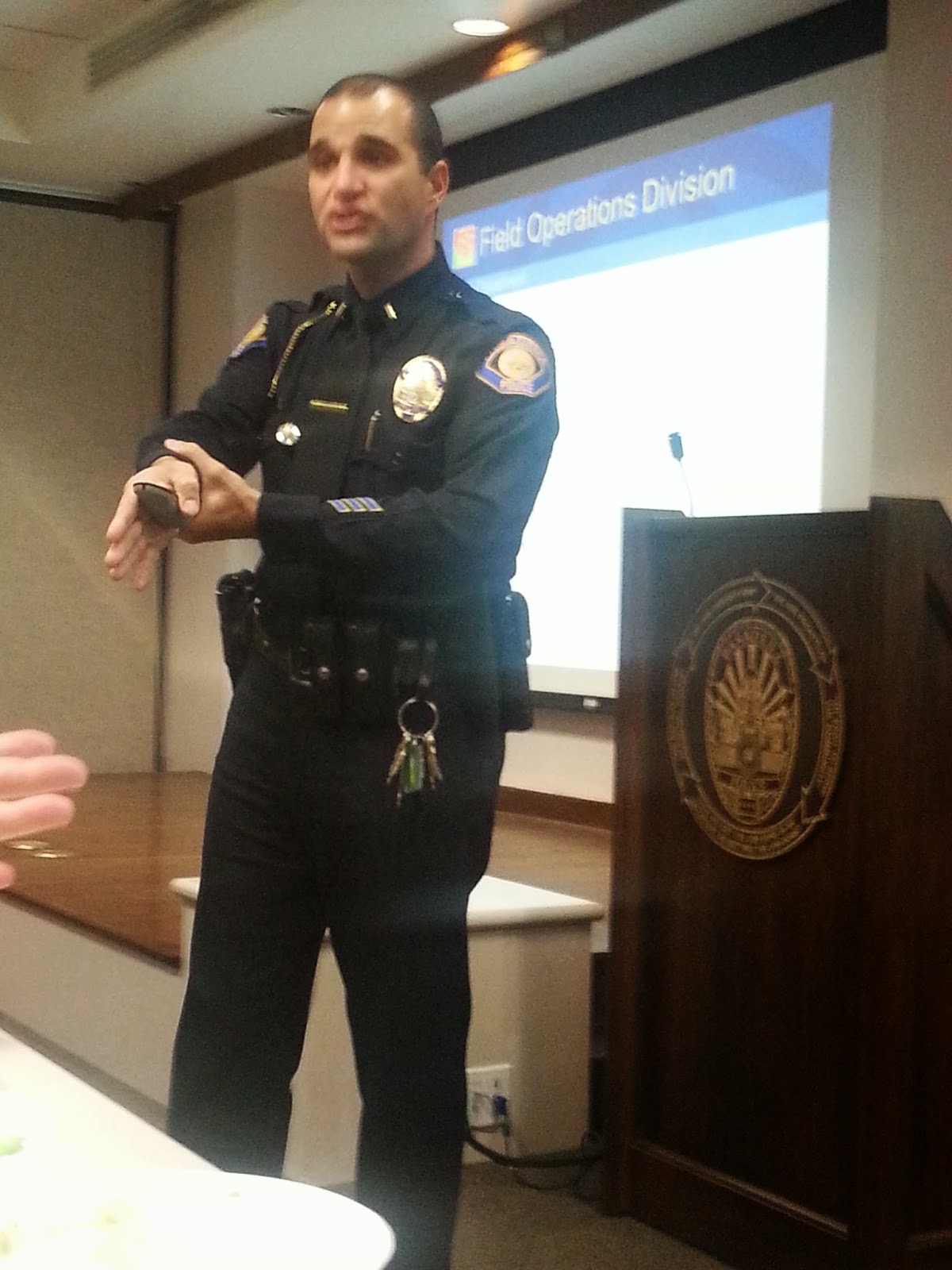 He explained that under the Police Department's One Officer, One Beat, One Year community policing model, each patrol officer is assigned a beat in a specific community service area for one year, then rotates to another one. This enables each officer to get to the know the neighborhoods and collaborate personally with residents and business owners to help solve issues. 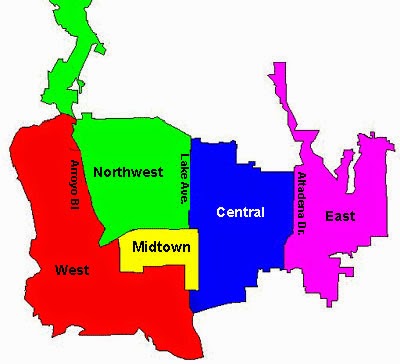 He oversees officers in the Midtown service area. It's the smallest geographically, but don't be fooled: It's also the busiest because it includes Old Pasadena, the Playhouse District, South Lake and the Civic Center area. 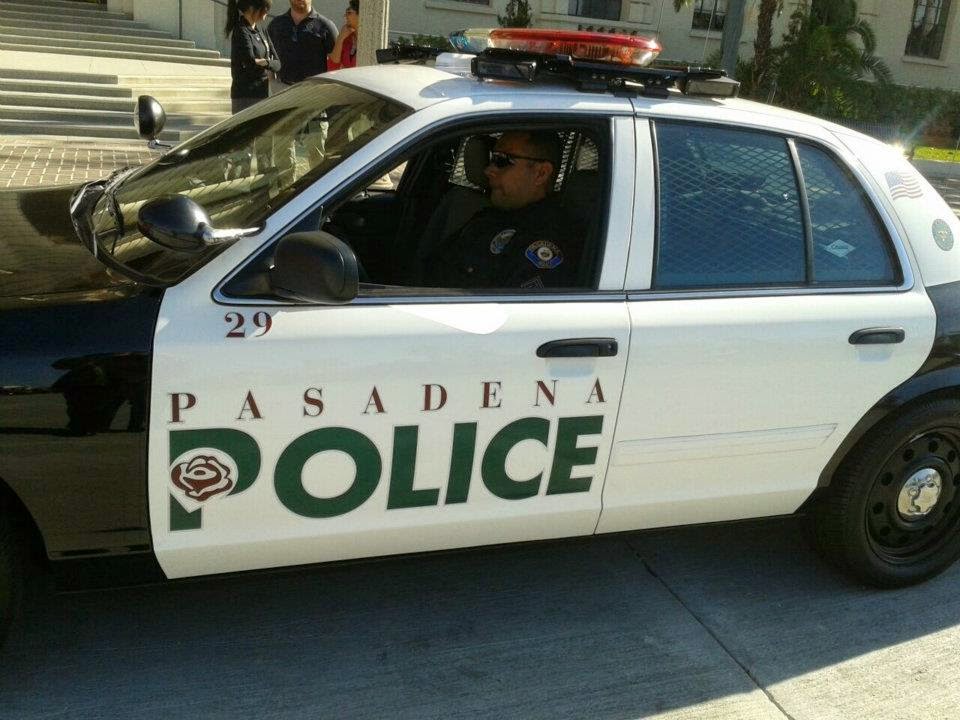 Some officers, including K-9s, were at the National Night Out event I blogged about in 2010 when I was the Pasadena PIO. You can see that blog post here. 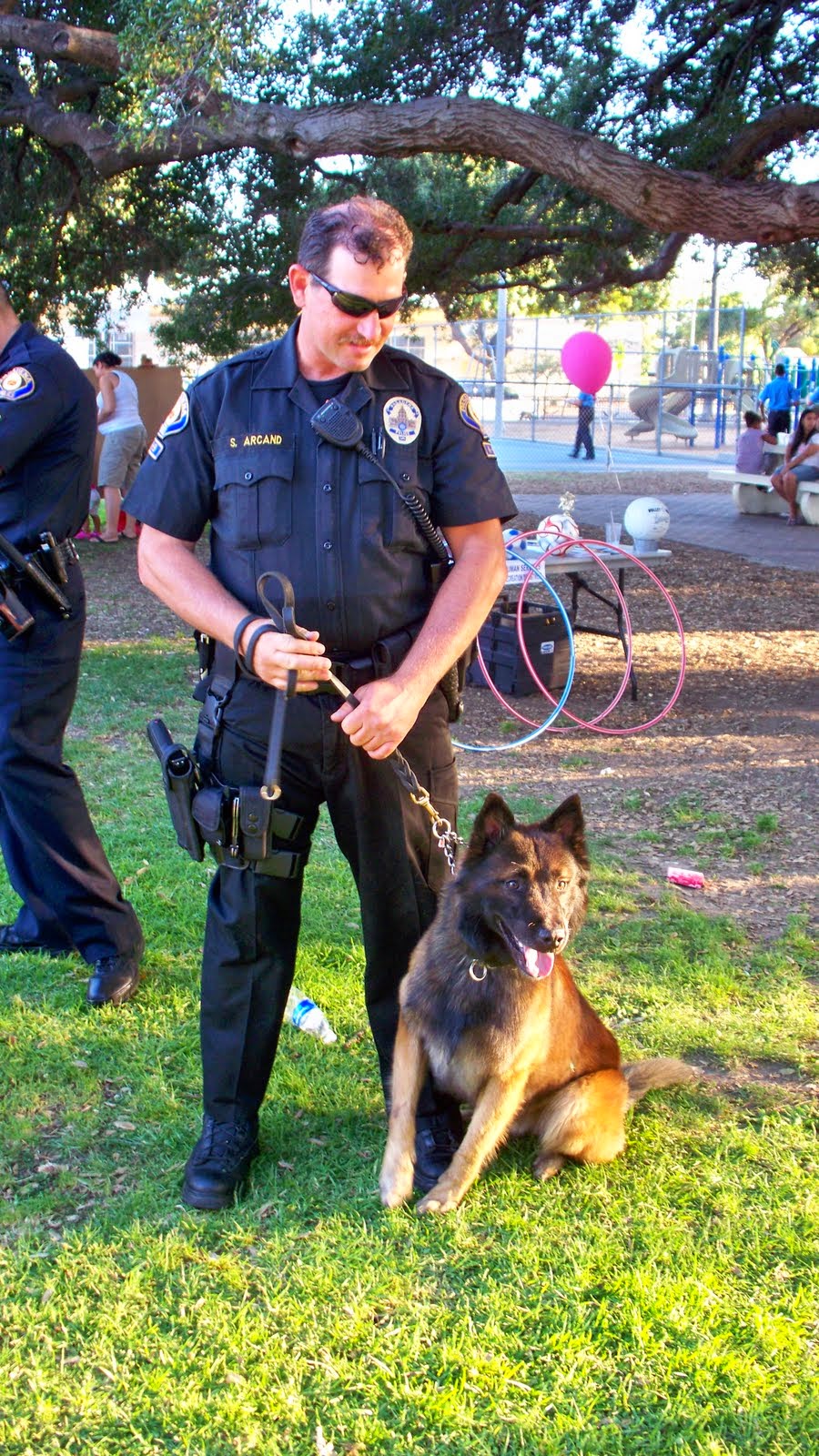 Lt. Gourdikian also spoke about other aspects of the Field Operations Division, including the Mobile Command Unit that can be at a crime scene or emergency incident in a flash and is used at regular Curbside Coffee and Chat events throughout Pasadena.

He introduced Officers Elgin Lee (left) and Domino Scott who work on the HOPE Team, which stands for Homeless Outreach and Psychiatric Evaluation. 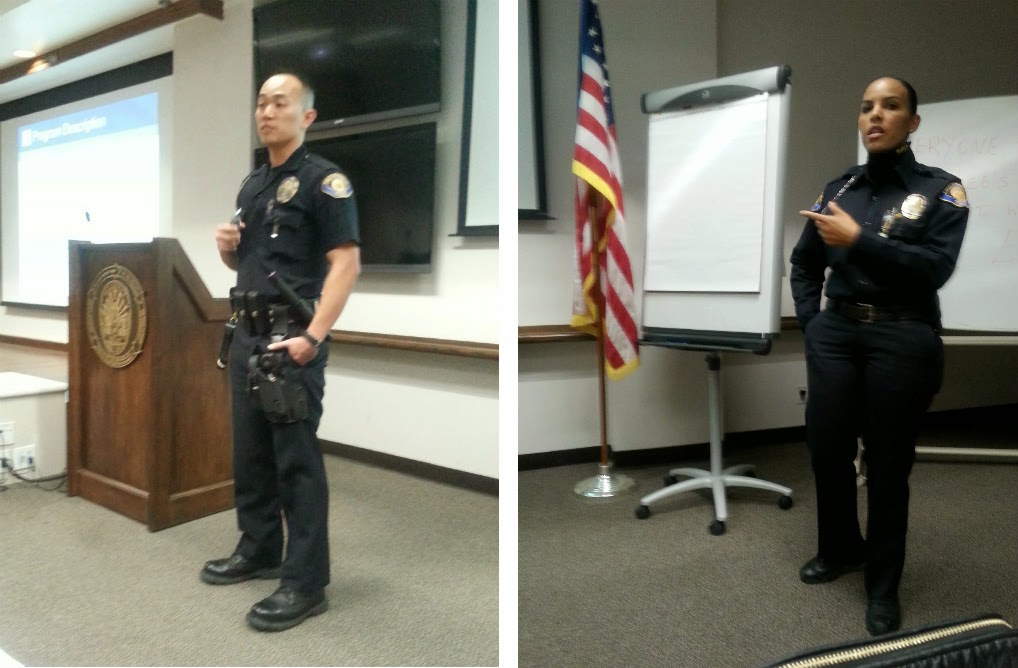 Two registered nurses who specialize in psychiatric care work right along with them. Officer Lee has a master's degree in biology and Officer Scott has a master's in forensic psychology. She is also the negotiator during critical incidents that have a mental illness component.

They are the first responders to these types of incidents; patrol officers are the second responders.

After incidents, whether there has been a 5150 hold or not, Officers Scott and Lee and the RNs do follow-up checks to make sure the people are stable, taking medications, etc.

Passageways and Pacific Clinics are important partners in HOPE Team efforts, which also include working with homeless mentally ill people and providing leadership to the Pasadena Mental Health Advisory Committee.

Next we heard from Lt. Pete Hettema who spoke about reserve officers. He was a Pasadena reserve officer for 16 years while owning a business before joining the Pasadena Police Department as a sworn officer 22 years ago. 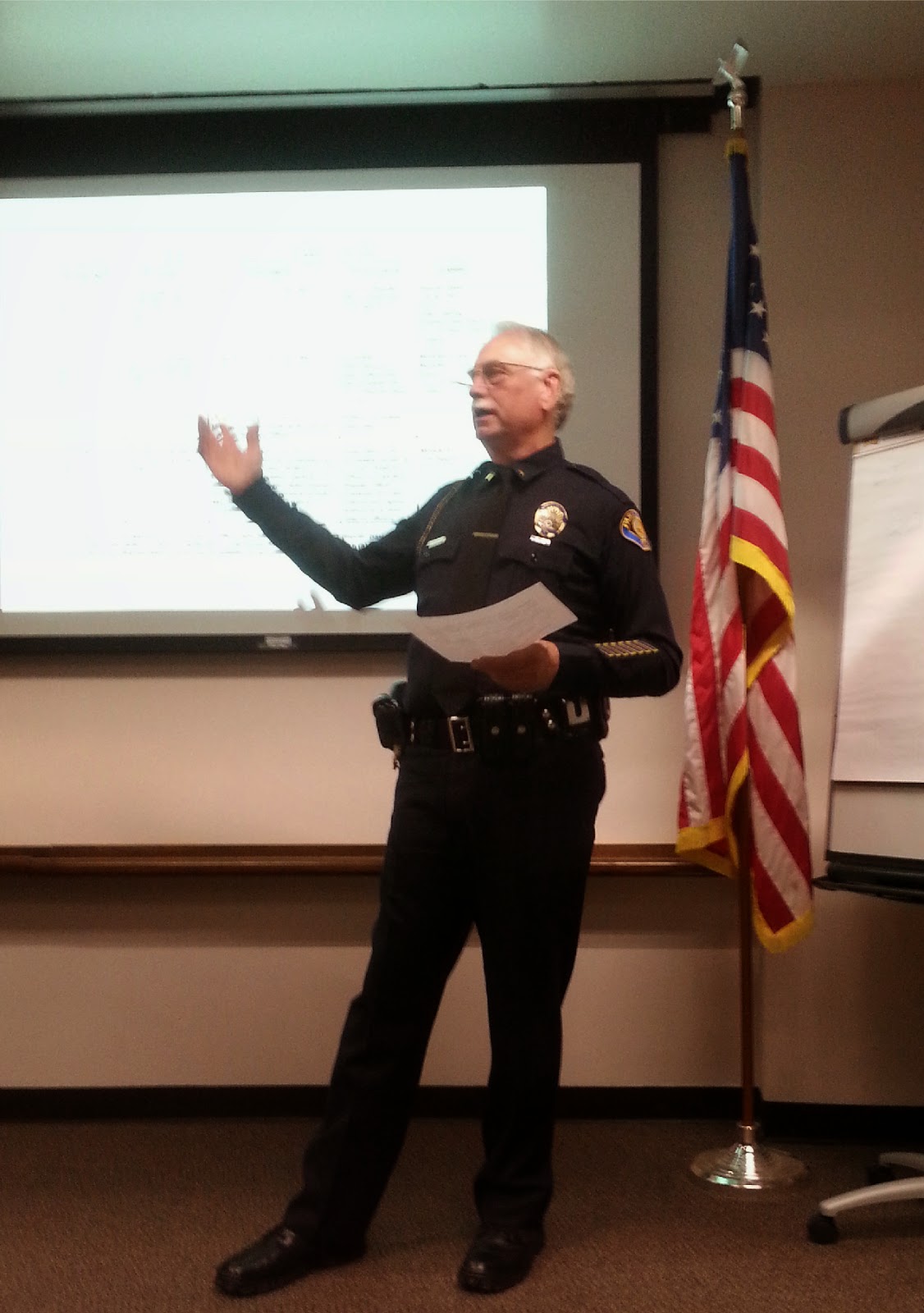 Reserve officers have varying levels of responsibility and the ability to wear Pasadena Police Department uniforms and carry firearms depending on the training and testing they have completed and the number of hours they have worked in the field with patrol officers.

They are volunteers, put in a minimum of 16 hours a month and get paid only for special duty such as working events at the Rose Bowl Stadium and working with the Old Pasadena detail.

Well, two more weeks to go at Citizens Police Academy and then we graduate. It has been such an interesting experience!

This coming Thursday we're going to the Pasadena Police Heliport to learn all about the Air Operations Division. I'll give you a full report.

In the meantime, here are all the Citizens Police Academy blog posts I've done to date.
Posted by Ann Erdman at 10:14 PM