I laughed all the way through this compilation of sunglasses moments with the CSI Miami character Horatio Caine played by David Caruso!

The crime scene investigations you see on CSI and other similar programs are 90 percent Hollywood and 10 percent realistic.

For one thing, real forensics professionals don't wear designer suits and skimpy dresses to crime scenes, nor do they drive hummers as seen on TV (I'd love to see the municipal budget that could justify that expense!) 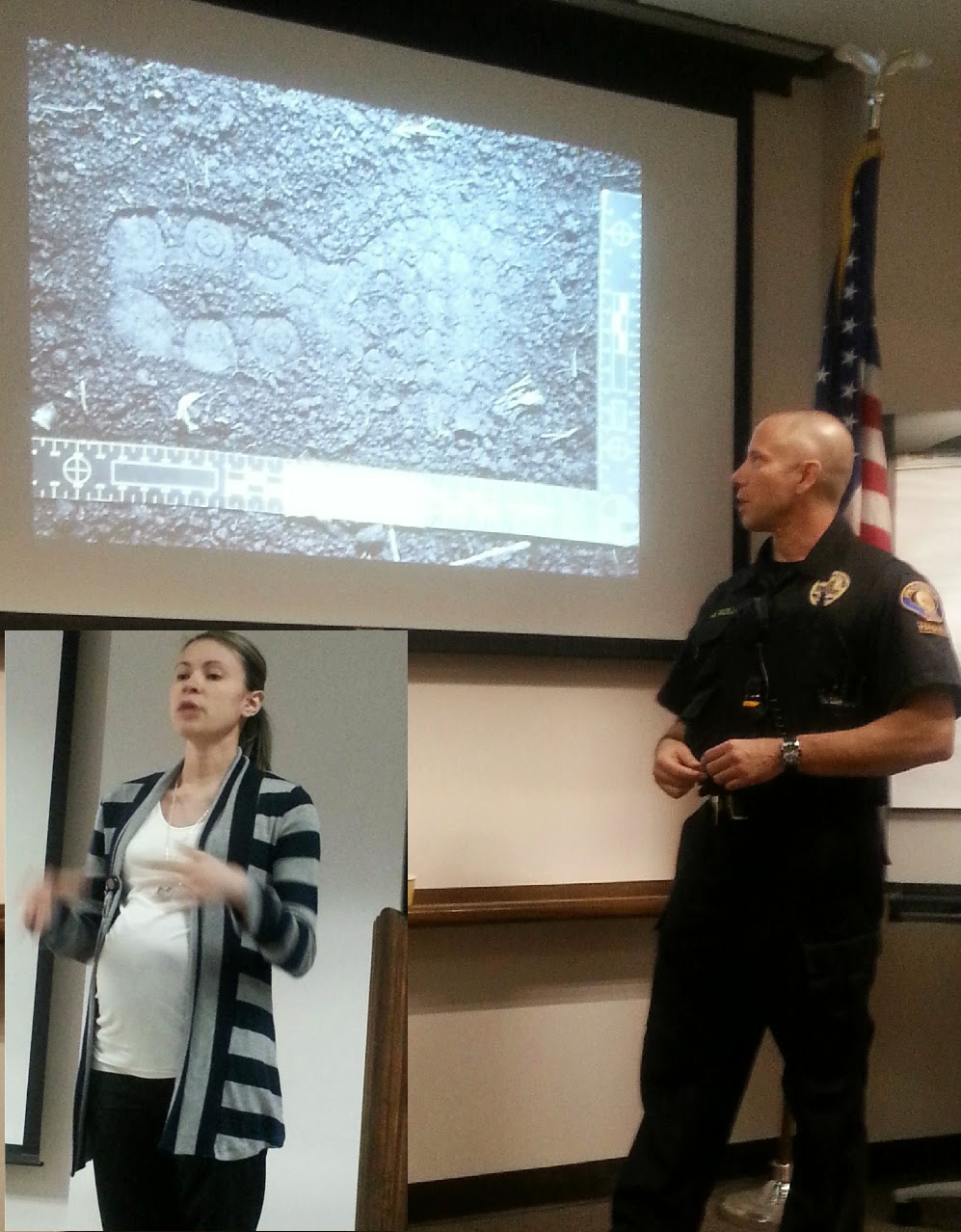 They explained to us that another big distinction between CSI-type TV shows and the real world is that forensics professionals handle much more than homicides. They gather and process crime scene evidence related to everything from burglaries to car break-ins to domestic violence cases. 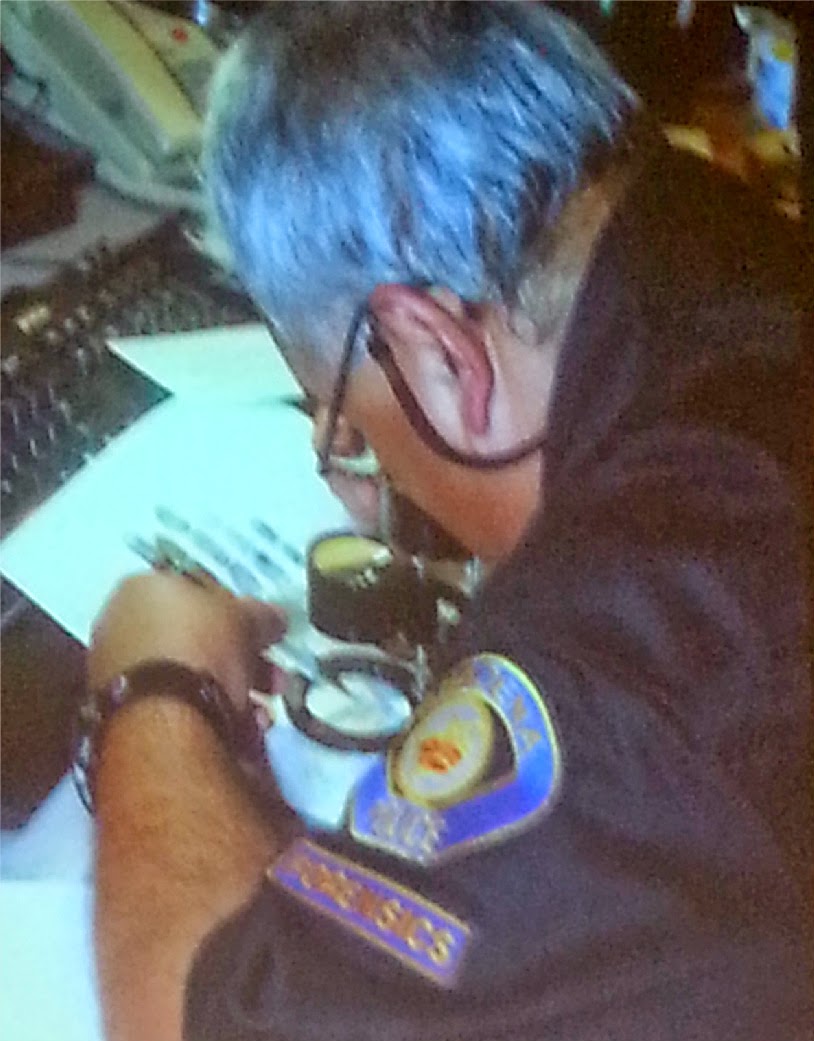 By the way, matching fingerprints through a database takes way longer than the 10 seconds or so that you see on those TV shows; the reality is that it takes at least two days with required cross-checks by three other professionals.

The Pasadena Police Department has an opening for a crime analyst if you know of somebody who's qualified.

Last week our class also learned all about the PD's Traffic Section from Officers Tony Carg (left) and Phil Klotz. 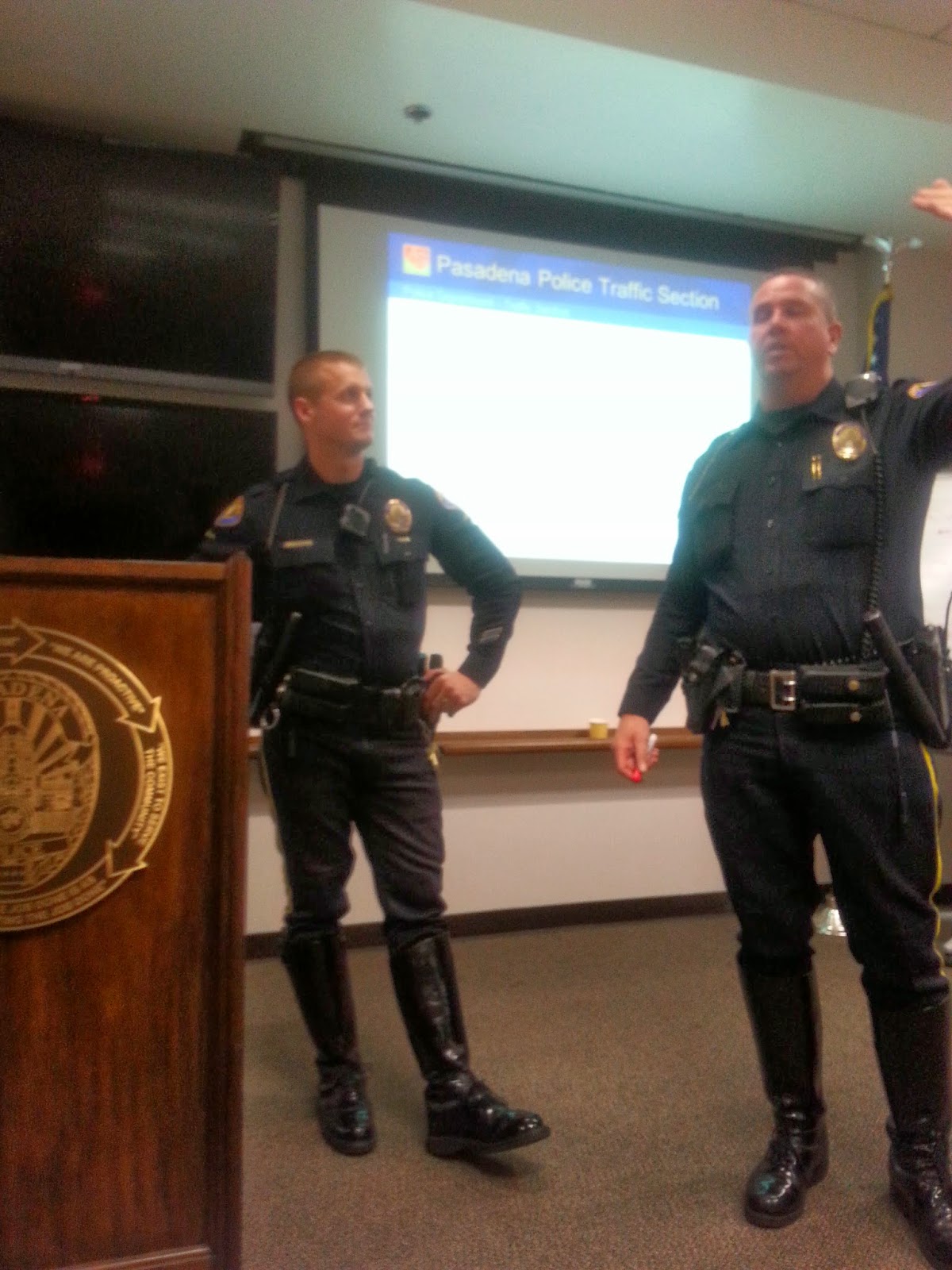 They ride police motorcycles. When they were first introduced they were greeted by good-natured boos from the class; by the time they left, there was unanimous applause.

Their purpose on Pasadena streets is not just to penalize speeders, it's to change behaviors. Do you know that more people are killed in vehicle-related accidents in Pasadena than any other violence?

Unsafe speed is the #1 cause of fatal collisions, and about half of those are alcohol related. That's why the Pasadena Police Department conducts DUI checkpoints from time to time. 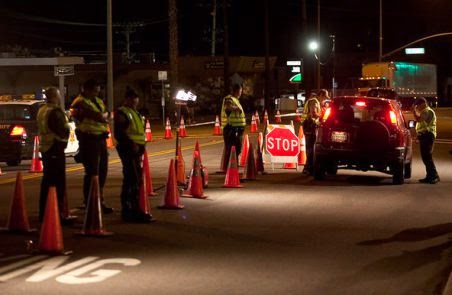 With 290 signalized intersections in town and a daily visiting workforce of 80,000 to 100,000 drivers adding to the regular local traffic, Carg and Klotz have a tremendous responsibility.

Texting and other distractions also cause accidents. I was rear-ended a couple of years ago at a stoplight at Lake and Walnut by a young woman who was texting instead of watching the road.

The PD is cracking down on this as well.

Pasadena's 12 motor officers train regularly and host competitions, called motorcycle rodeos, for other police agencies near the Rose Bowl Stadium. The next one, which is free and open to the public, is Thursday, June 5. 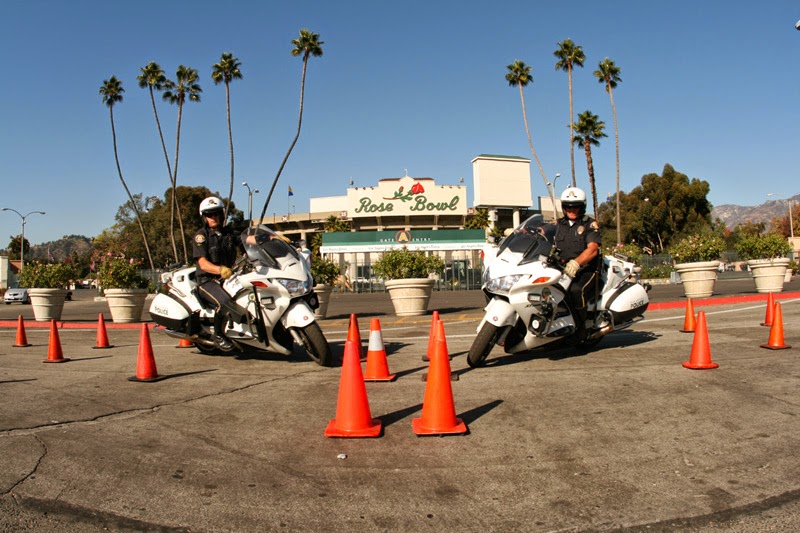 And of course they ride their rose-bedecked motorcycles in the annual Rose Parade. 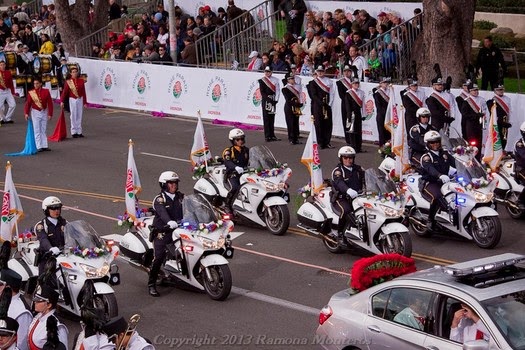 This was such an informative class. Three more and then we graduate!

I shot the Citizens Police Academy photos; many thanks to the City of Pasadena, Pasadena Patch and Examiner.com for the others.
Posted by Ann Erdman at 9:35 AM