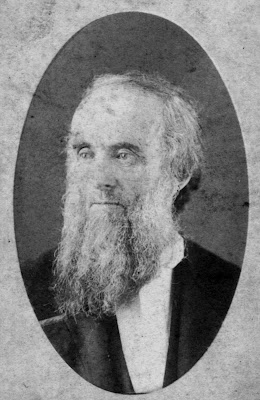 In 1871, when he was 53, he had this lovely 4,800-square-foot home built at 307 Central Ave. in Bentonville, Arkansas. He was one of the earliest settlers of this city and made his fortune as a very successful merchant and a wise investor in the mining industry. 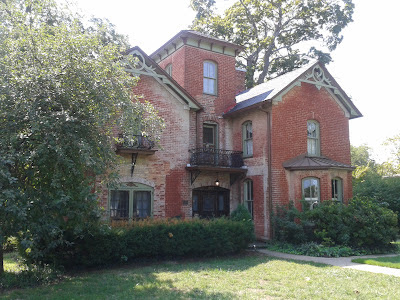 His was the first two-story home in Bentonville. Now called the Craig-Bryan House, it is listed on the National Register of Historic Places because of its significance in the brick Italianate style. 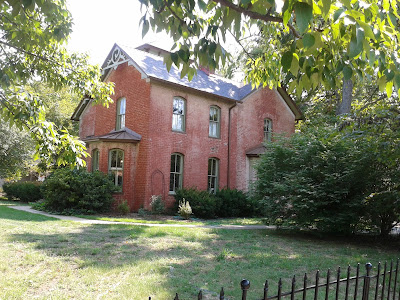 The Bryan family purchased the home shortly after James T. Craig's death in 1895; various generations of Bryans occupied it for more than a century until it was sold again two years ago.

Excerpt from the Northwest Arkansas Times in 2010:

With 18-inch thick walls, the clay brick was made on site over 135 years ago. The gingerbread trim and traditional “welcoming” concrete pineapples on the front porch are also among the many original details.

On two lots, the grounds meander beside a circular drive off an alley driveway and include a detached two-car garage and guesthouse with a one-car garage. A side entrance to the house opens to the casual dining room and kitchen remodeled from a porch. French doors open in back to a shady patio with fountain, garden and in-ground pool shaded by a decades-old pecan tree.

Inside, the stunning foyer stair was hand-steamed and bent in a graceful curving design upward. Rooms branch off all around, as original hardwood floors sprawl throughout. Gas-burning fireplaces are located in the ballroom to one side of the foyer and the library on the other. Interior walls are painted in colors true to the late 1800s. Many of the leaded glass windows are original, as are the gas light fixtures hanging in the library. 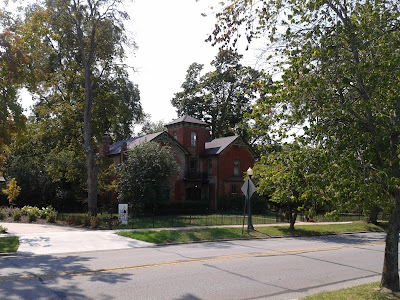 When I took these photos of the house three days ago, my sister Charlou and I were pleasantly surprised to see that the home is occupied by a family with children. That's the way it should be.
Posted by Ann Erdman at 2:08 PM