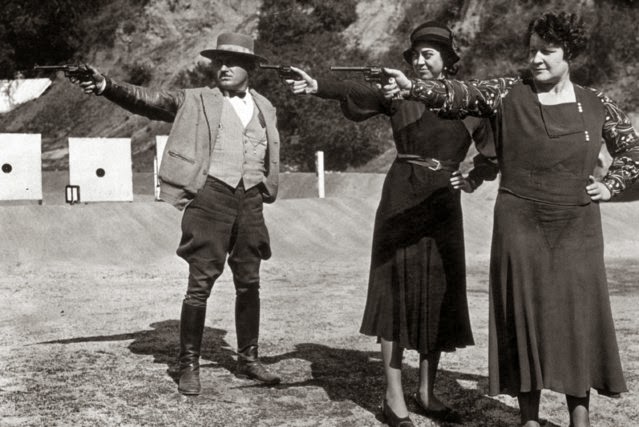 In this 1935 photo, Sgt. Bailey supervises firearms instruction with two female employees (not sworn officers) of the Pasadena Police Department at the firing range in Eaton Canyon.

A few things have changed since then:


My selfie in body armor, which was quite heavy: 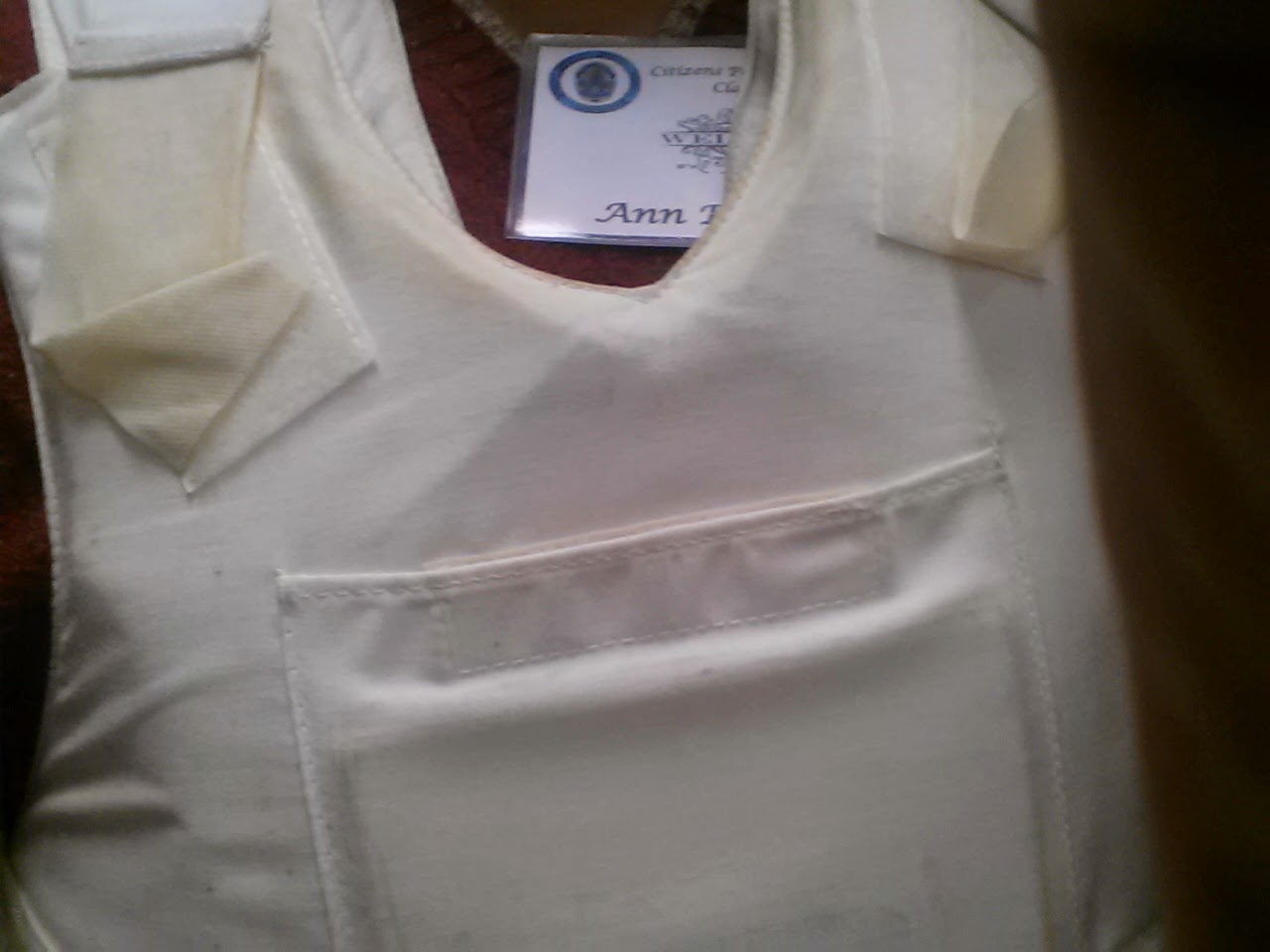 After about an hour of safety tips and explanations about what to expect, Don Amerman, the rangemaster, showed us the weapons we would be firing -- pistols, rifles and shotguns.

"Don't point your weapon toward anything
you're not willing to destroy." 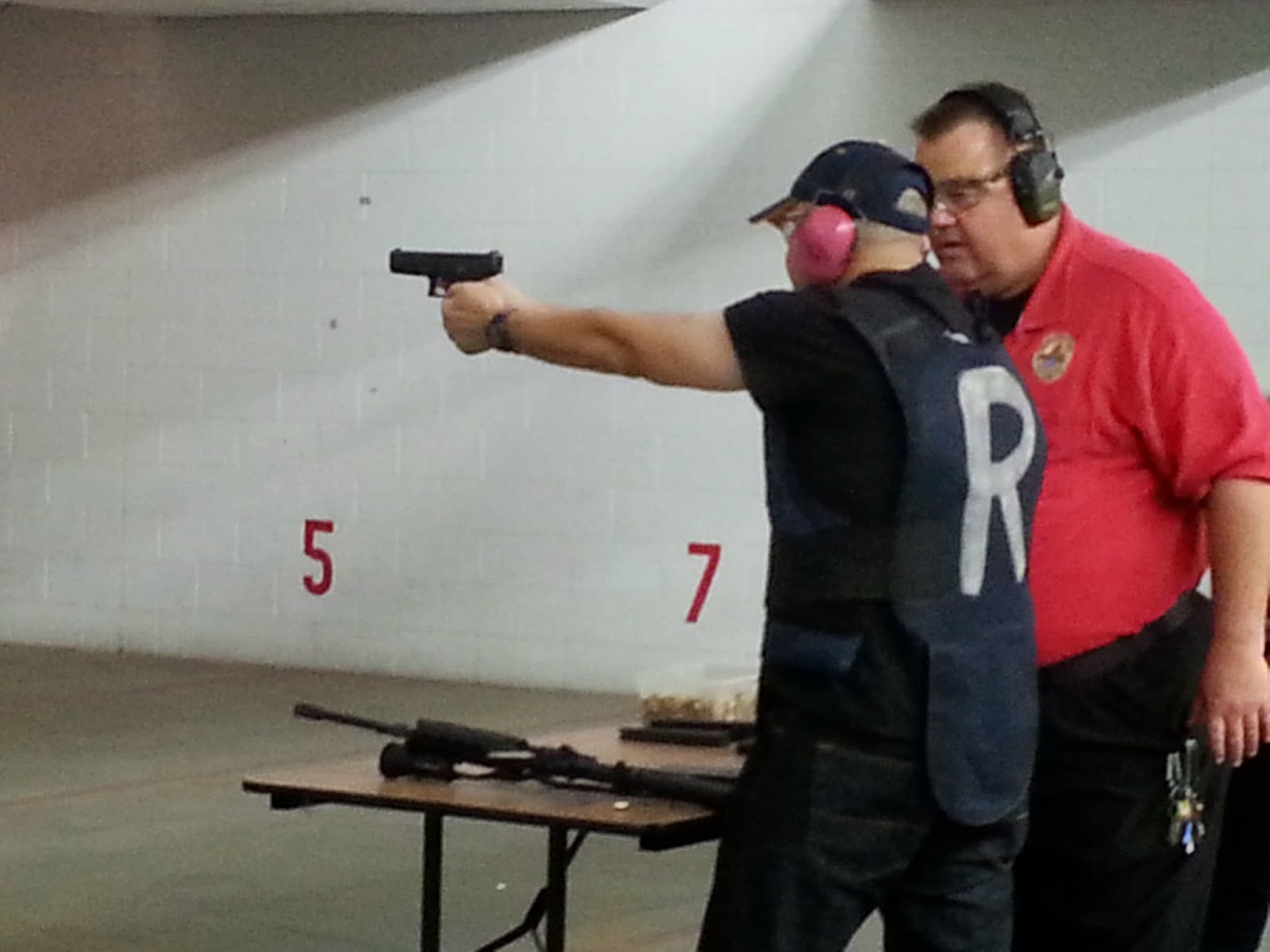 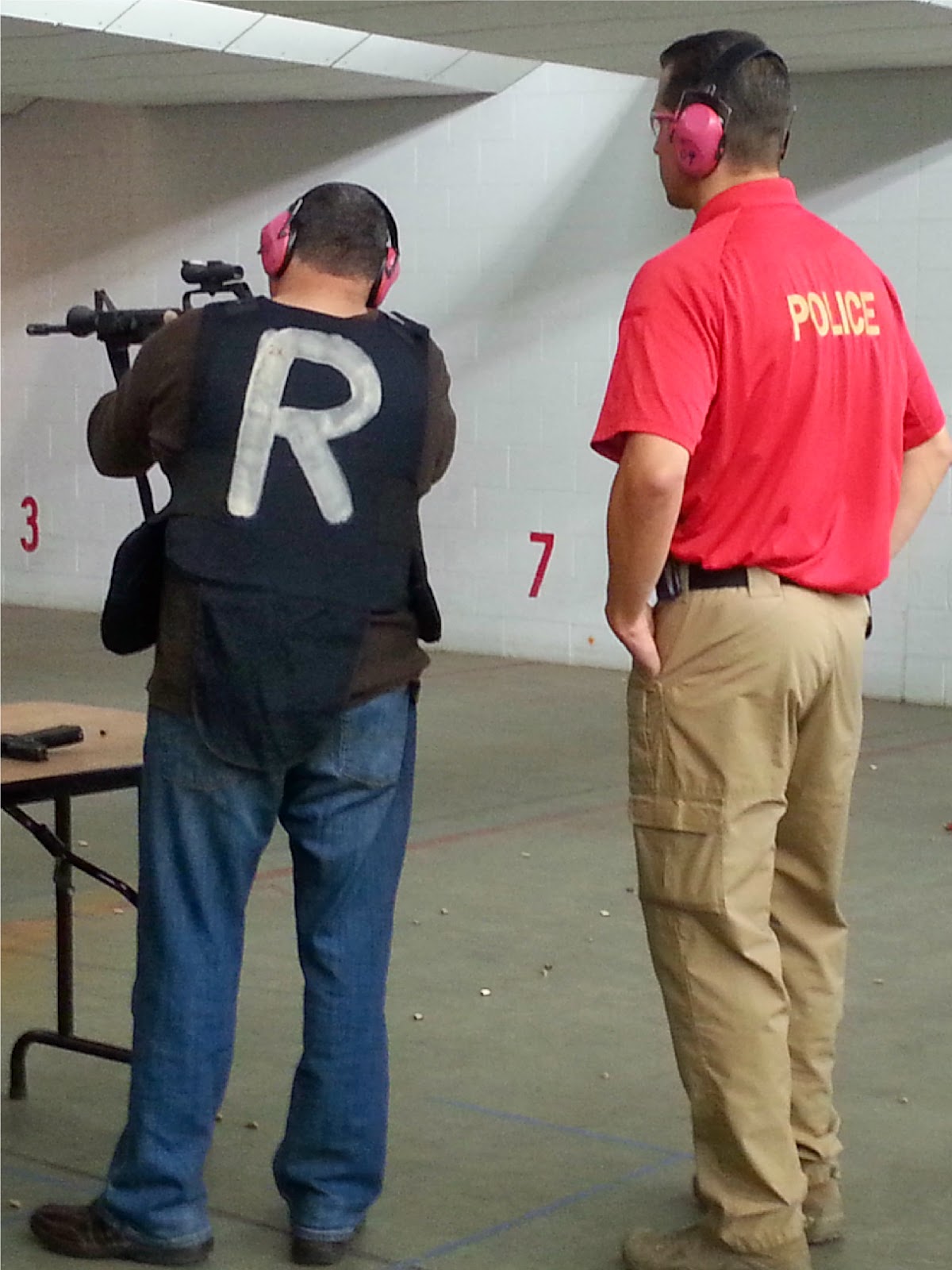 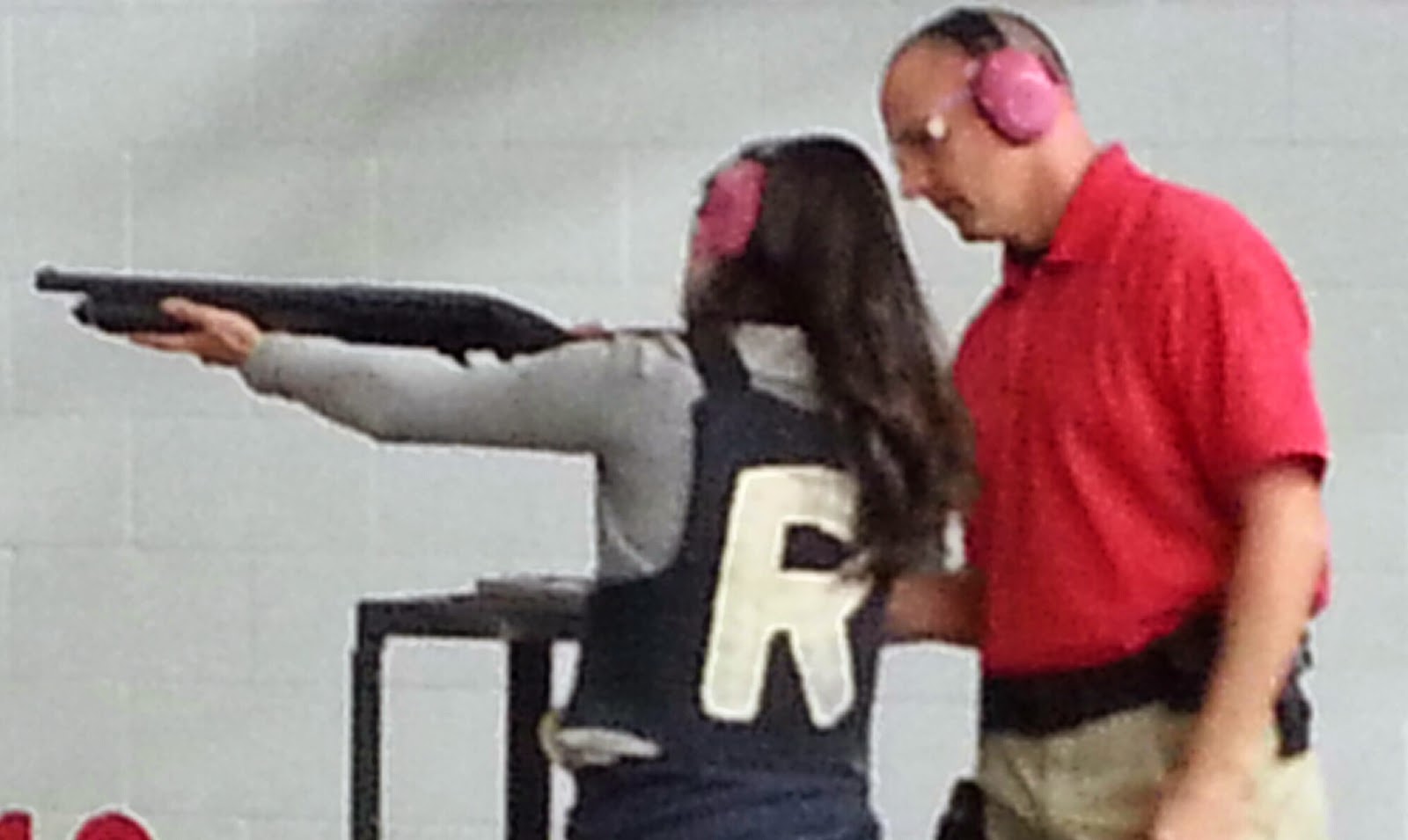 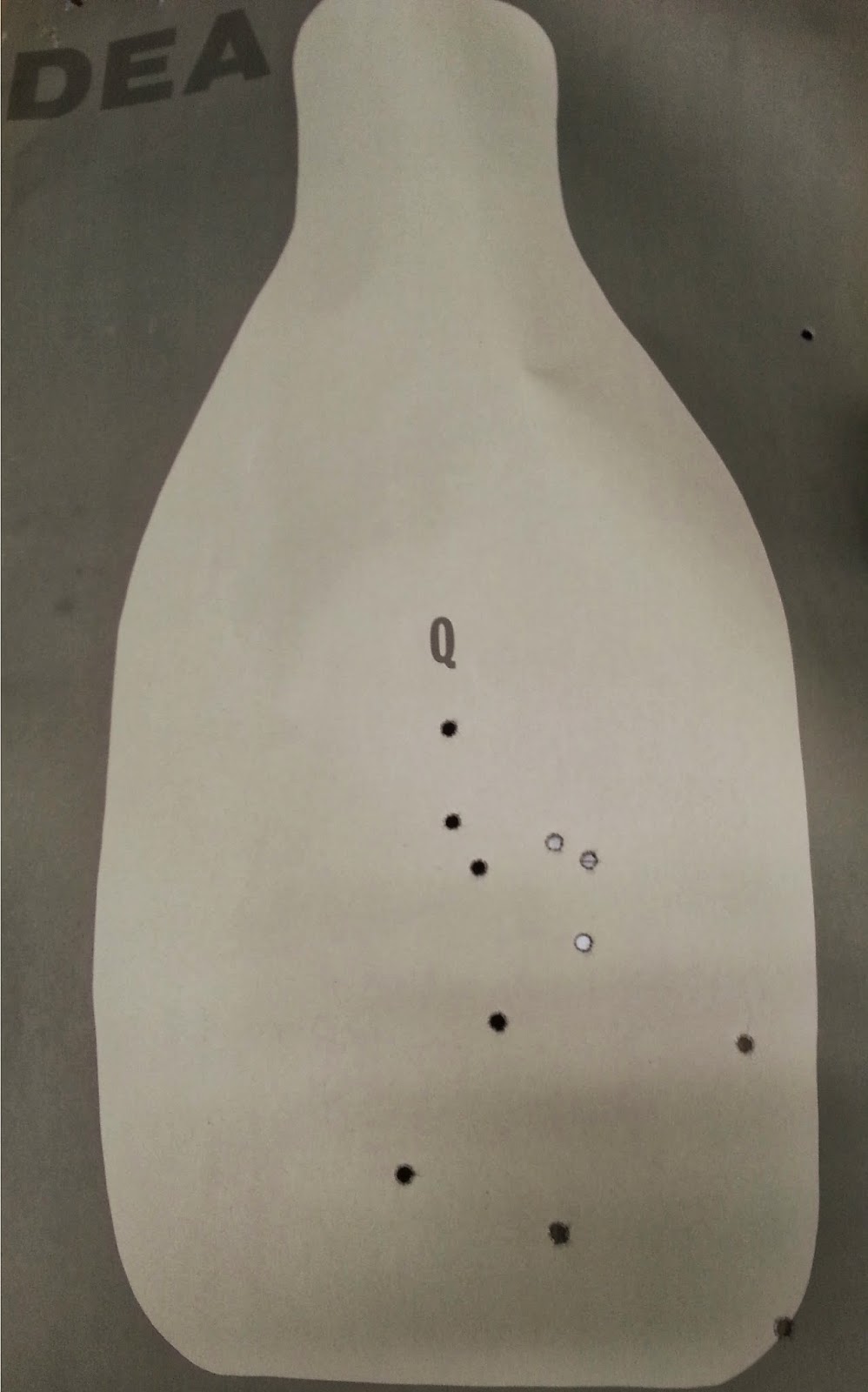 In other sessions that day we learned about weapons and tactics and trained with a simulator.

Chief Phillip Sanchez arrived during one of the breaks and chatted it up with Lt. Edward Calatayud. 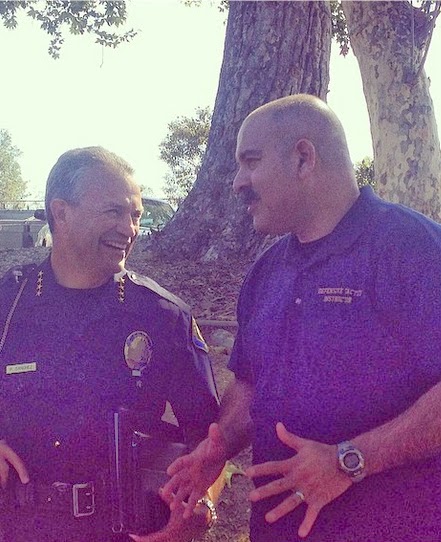 Then he led a discussion about perception versus reality in many complaints against police officers, the process by which officer-involved shootings are investigated and the dangers police officers face every day on the job.

"My officers wake up every day wanting to do
the most professional and profound job possible
for the people of Pasadena." 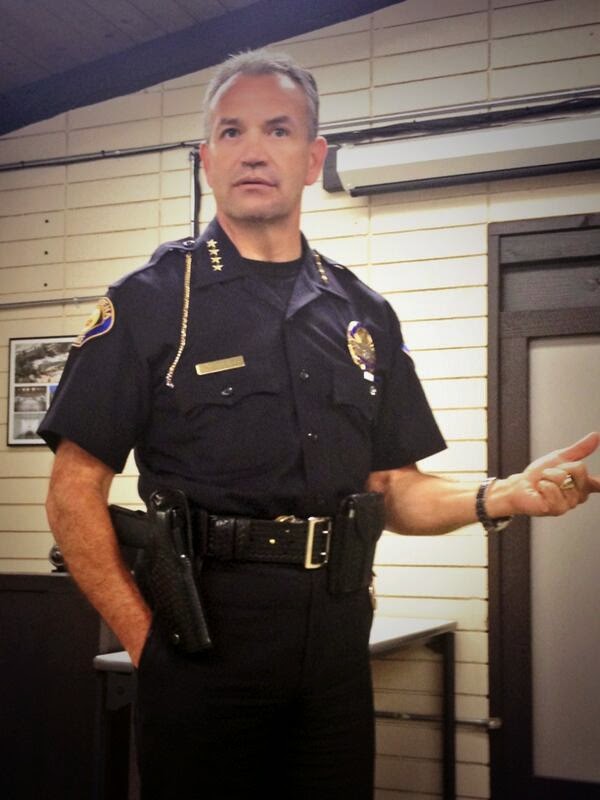 It was a great day and we all learned so much.

This 12-week Citizens Police Academy, with classroom and field training, continues to be a great experience as we get an inside look at law enforcement in Pasadena.

I'm holding out hope that the official uniform of the rangemaster will revert back to Sgt. Bailey's traditional boots and jodhpurs. I'm guessing Chief Sanchez might be on board with that!

Many thanks to classmate Karol Franks for the photos of Chief Sanchez (my phone battery was too low by then); I found the historic photo here.
Posted by Ann Erdman at 1:12 PM