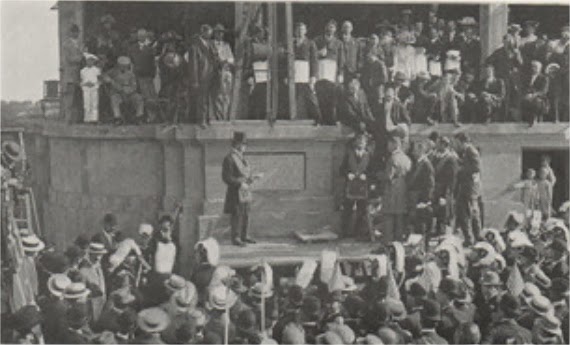 I stumped everybody this week.

In the 1912 photo above, Pasadena education and civic leaders lay the cornerstone of Pasadena High School at Hill and Colorado as hundreds look on.

The stone was engraved with "Polytechnic High School A.D. 1912."

In 1874, one week after the first school board was elected, the Pasadena Polytechnic High School was founded with 16 students in the home of William T. Clapp at 625 N. Orange Grove.

Three years later the students and teachers moved out of the Clapp home and into a new building at the southwest corner of Marengo and Walnut. The school was renamed for Benjamin "Don Benito" Wilson who donated five acres of land for the building.

By 1899 there were more than 100 students, 33 of them seniors who graduated from the school.

And by 1912, due to overcrowding, the school moved again -- this time to 18 acres at Hill and Colorado. The campus displaced a citrus orchard and the old Grant School originally built there. 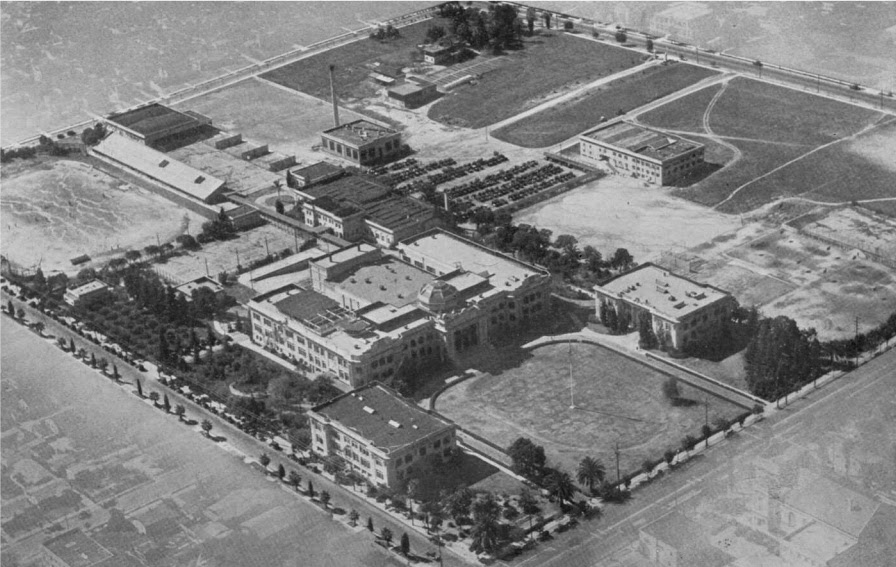 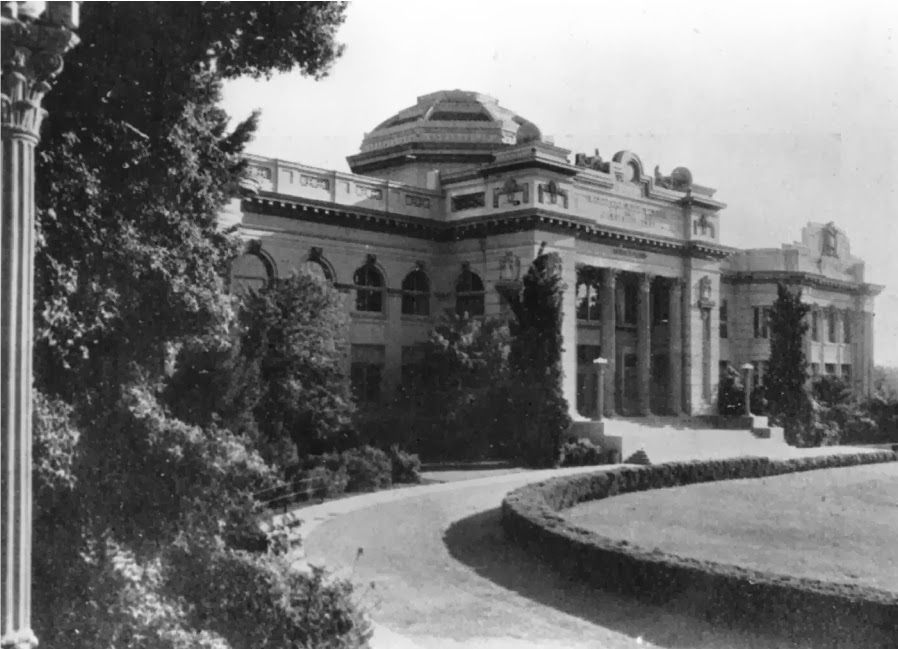 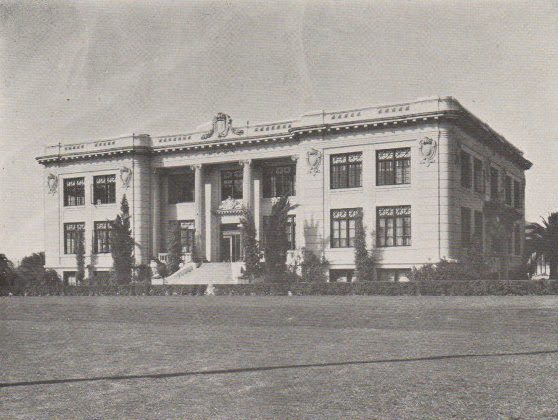 This photo is from the 1920-21 Pasadena City Schools Annual Report: 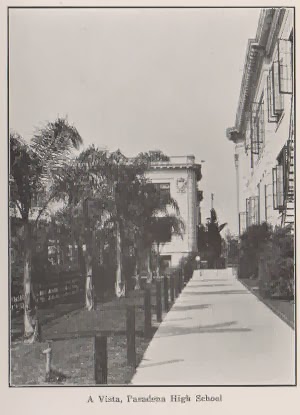 I wrote a Mystery History post in 2011 about the demolition of the Horace Mann building in 1934. 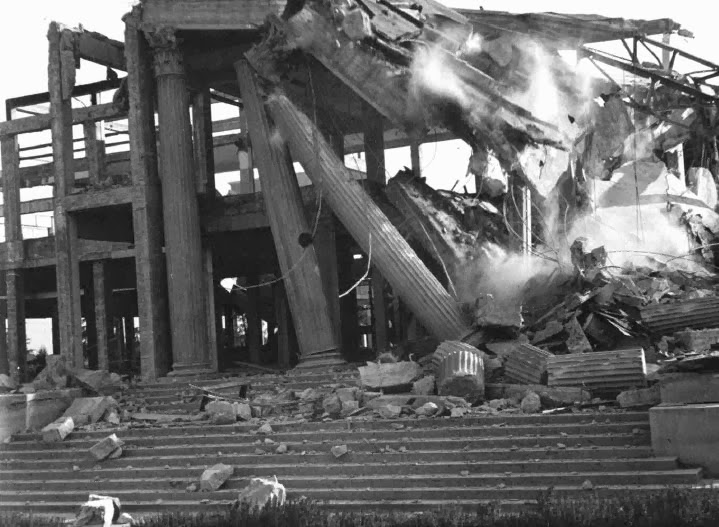 By 1923 an additional 19 acres were purchased, expanding the campus to 37 acres. The property was now bounded on the north by Colorado Boulevard, the east by Sierra Bonita Avenue, the south by Blanche Street (later renamed Del Mar) and the west by Hill Avenue.


In 1928 Pasadena High School merged with Pasadena Junior College (there's a long story there that I won't get into here). 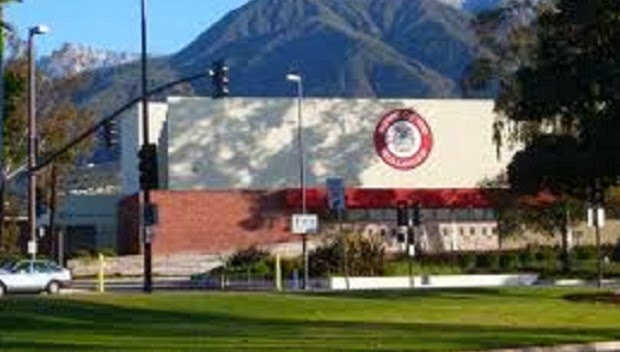 See even more history of Pasadena High School in this wonderful Pasadena City College 75th anniversary book.
Posted by Ann Erdman at 6:00 AM