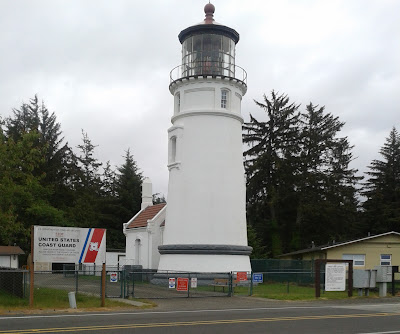 See the end of this post for info about this photo.

This morning we started in Coos Bay, Oregon, a town known for fisheries and logging mills. It's about six miles inland from the Pacific coast.

The bay is not fed by the ocean, but by the Coos River.

There are timber mills all along the bay. Here's a huge sawmill plant just across from the Coos Bay Marina: 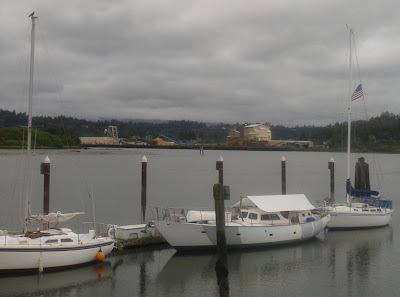 Becky and I explored the Coos Bay Boardwalk this morning. It was 52 degrees but we braved the cold anyway! 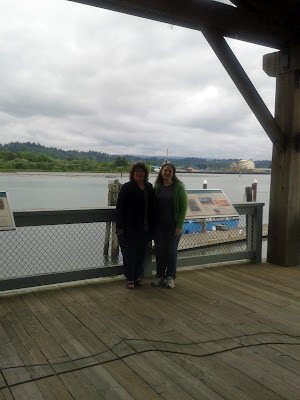 It's fitting this Memorial Day weekend that there is a statue, carved from a solid piece of wood, dedicated to veterans. 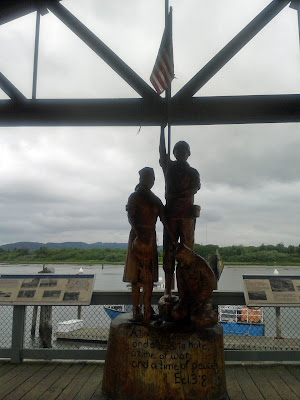 We decided to head over to the coast, so we drove through downtown Coos Bay...﻿ 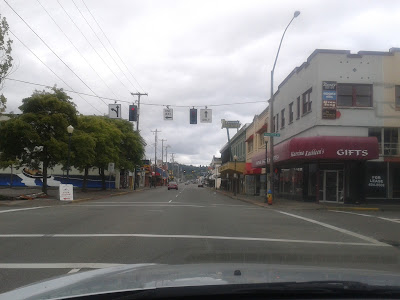 ...then took the Conde B. McCullough Memorial Bridge across Coos Bay... 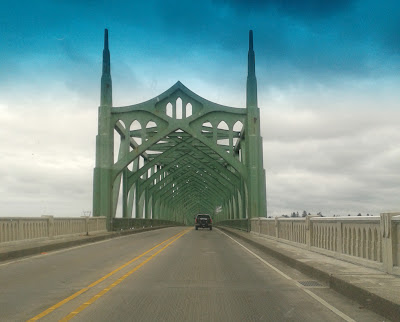 ...and went through beautiful forest land on our way to the Umpqua Lighthouse. (That's U.S. Coast Guard housing adjacent to the lighthouse.) 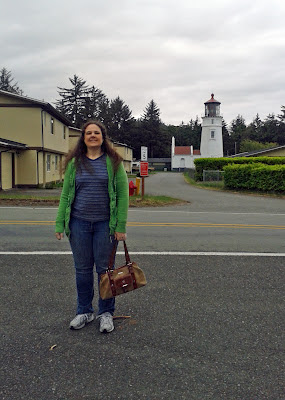 Even though I'm so much better physically and stamina-wise, I wasn't up to touring the lighthouse with its jillion-step spiral staircase, so we visited the museum in the former Coast Guard headquarters. 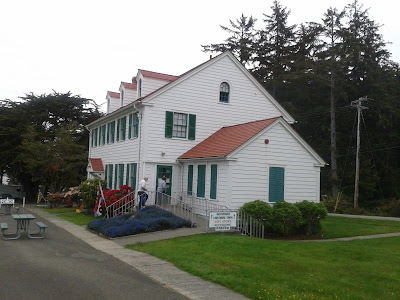 Room after room on both floors is filled with historic photographs and displays, rare artifacts and information. 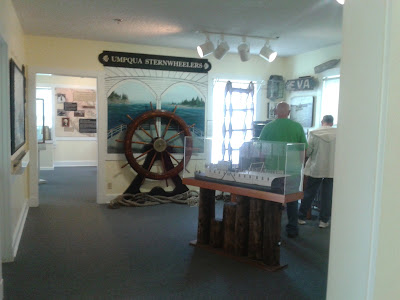 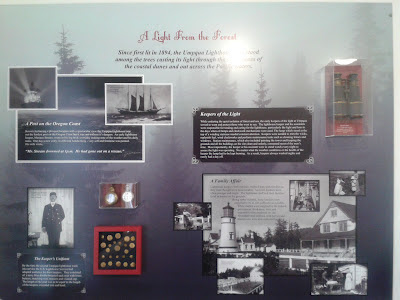 The view from the lighthouse grounds is spectacular (those are sand dunes in the center). 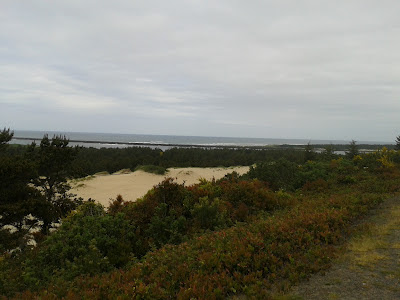 We had a hankering for Oregon seafood for lunch, so we went north on the 101 to Winchester Bay and ate on a floating cafe. Becky read in a guidebook that they serve the best fish and chips anywhere, and the guidebook was absolutely right -- the huge pieces were light as feathers and mighty tasty. 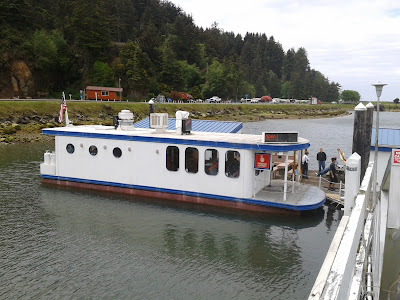 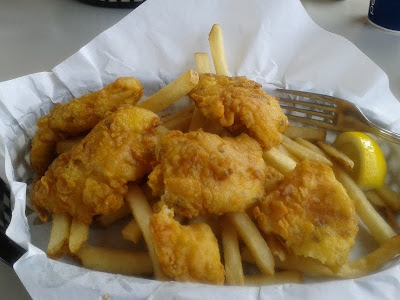 We drove along Winchester Bay and saw this building standing all alone, so we ventured in to take a look-see. 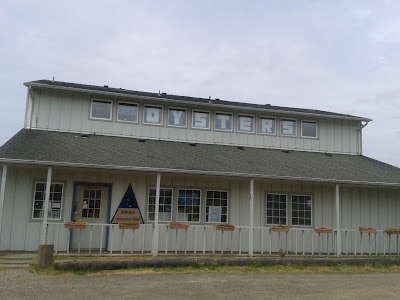 The place is called Umpqua Aquaculture and there was a lot going on in there! The guys on the left are sawing oyster shells from cords (learn more about that at the link) and the woman on the right is shucking the oysters. 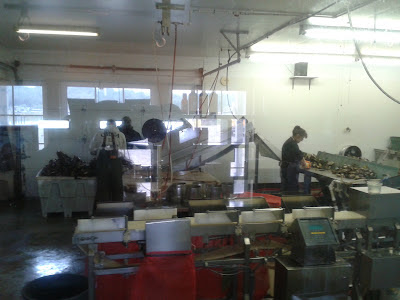 We needed to make tracks, so we went back to the northbound 101 for awhile, then took a windy connector road inland through beautiful forest land... 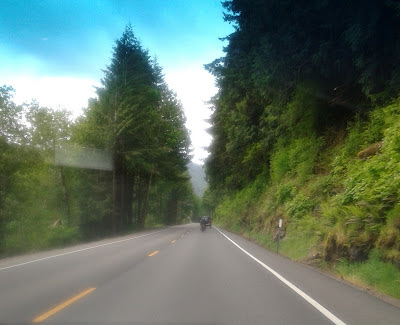 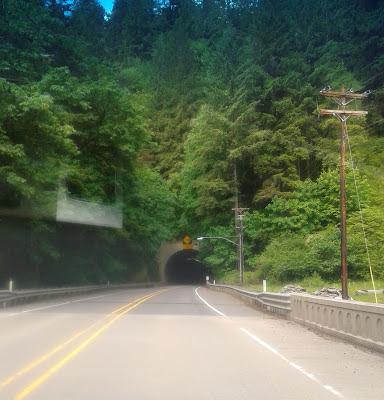 After about an hour on the 5 we reached Salem, the state capital, and went to the capitol. 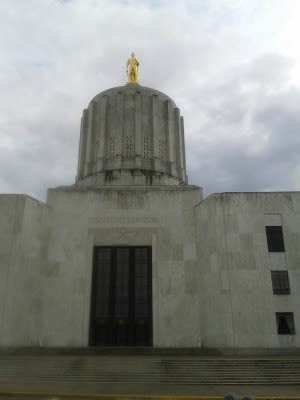 And now we're in Portland for the night and will do some exploration of this area in the morning before moving on to our next destination, which remains a secret. You'll have to check back on the blog tomorrow night!

The top photo is the Umpqua Lighthouse.  ﻿
Posted by Ann Erdman at 10:28 PM