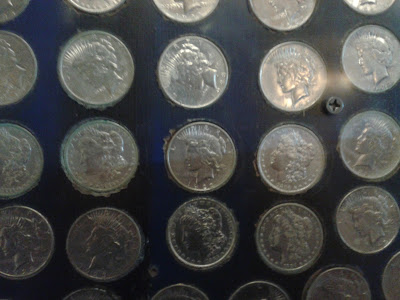 See the end of this post for info about this photo.

Today was day seven of the road trip with my daughter Becky. We started out in Alturas, Calif., where we had spent the night. Alturas is surrounded by the Modoc National Wildlife Refuge, so there are deer and other animals all over the place, plus many cranes and other large birds that are classified as threatened if not endangered. As we were heading out of town on the old Highway 395, there was a large, mature crane standing at the side of the road. I was afraid that it might dart out in front of my car, but it took flight just seconds before we reached his spot. Unfortunately we didn't get a photo. It all happened so fast!

We passed hillsides covered in big black rocks. I'm not sure what they are. 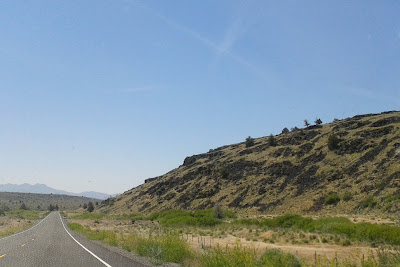 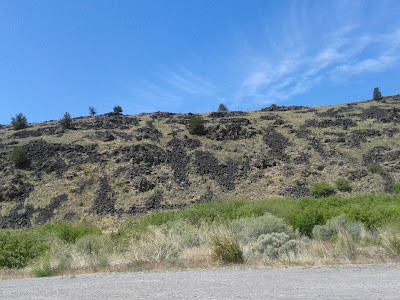 We arrived in Reno! 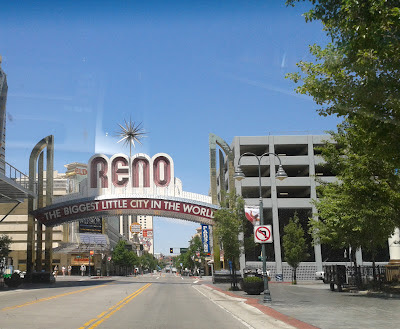 We spent most of our time there trying to find a visitor center. Becky's GPS, my GPS and 4-1-1 all led us on the craziest wild goose chase ever,

We decided to move on to Virginia City -- a very smart decision because we had a great time there! 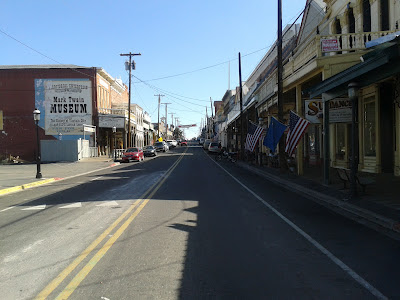 Sidewalks are wooden planks just as they were in the 1800s. 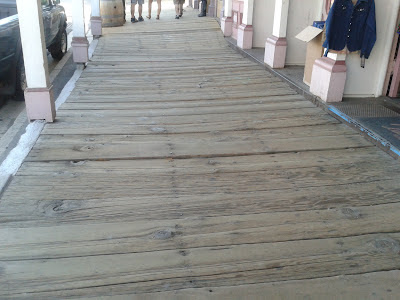 We made friends with a rootin' tootin' outlaw... 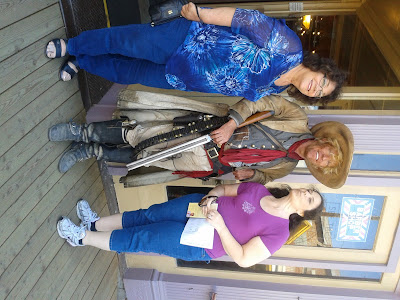 ...and played checkers in the saloon of the Silver Queen Hotel. 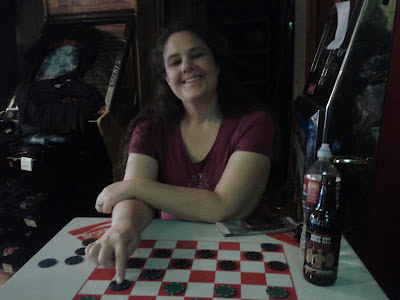 The Silver Queen is 15-foot-tall painting of a woman in a gown that's made with more than 3,200 vintage silver dollars minted in Carson City. The belt is fashioned from nearly 30 $20 gold pieces and the jewelry is made with dimes. The installation is a tribute to the Virginia City miners of yesteryear. 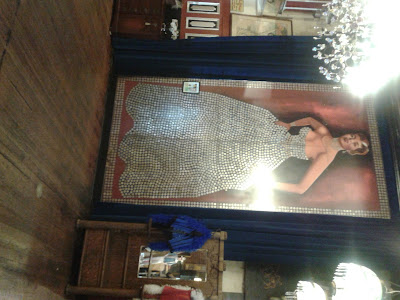 Speaking of miners, we learned something really fascinating today. The Comstock Lode and everything else with the name Comstock associated with it is a reference to Henry Comstock, who had absolutely nothing to do with it!

After the two brothers who discovered the lode died before they could record their claim, Comstock, a con man through and through, claimed it for himself. To this day, it's all named after him. 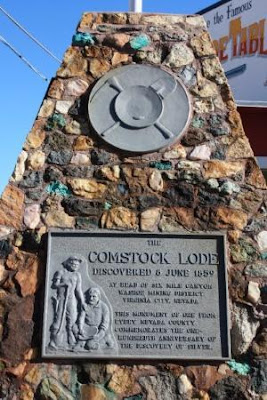 Another interesting bit of history: Samuel Clemens's first job as a reporter was with the Virginia City Territorial Enterprise, where he began signing his articles as Mark Twain. 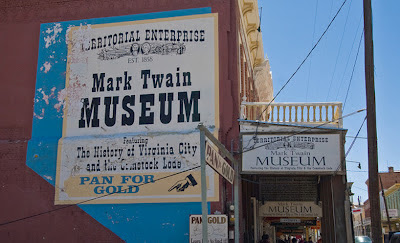 Lillie Langtry, Buffalo Bill and many other notables performed at Piper's Opera House back in the day. 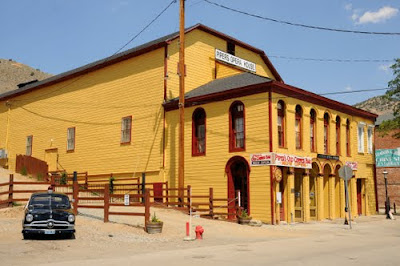 Note the view behind the Episcopal Church. Virginia City is high in the hills. 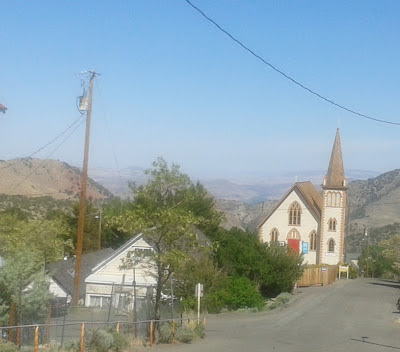 This is the road leading out of Virginia City. 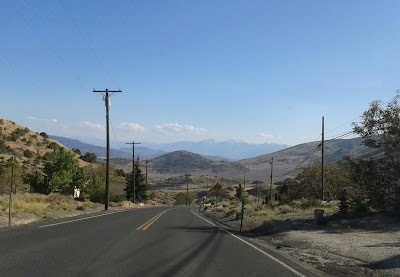 We had to go down the mountain to get to tonight's destination: : Carson City, the state capital. We're staying at the Carson Station Hotel and Casino.

We played the slot machines for awhile tonight. We did alright. 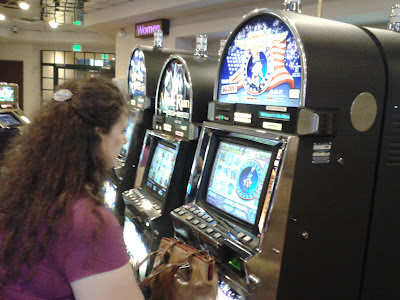 I came away with twice what I put in. Not bad!

Tomorrow we'll explore Carson City a little and then head on to our next destination. We've added one day to our road trip, so instead of the anticipated eight days, it will be nine.

Tune in to the blog tomorrow night to learn about our next adventures!

The photo at the top of this blog post is a closeup showing detail of the silver dollars in the Silver Queen gown.