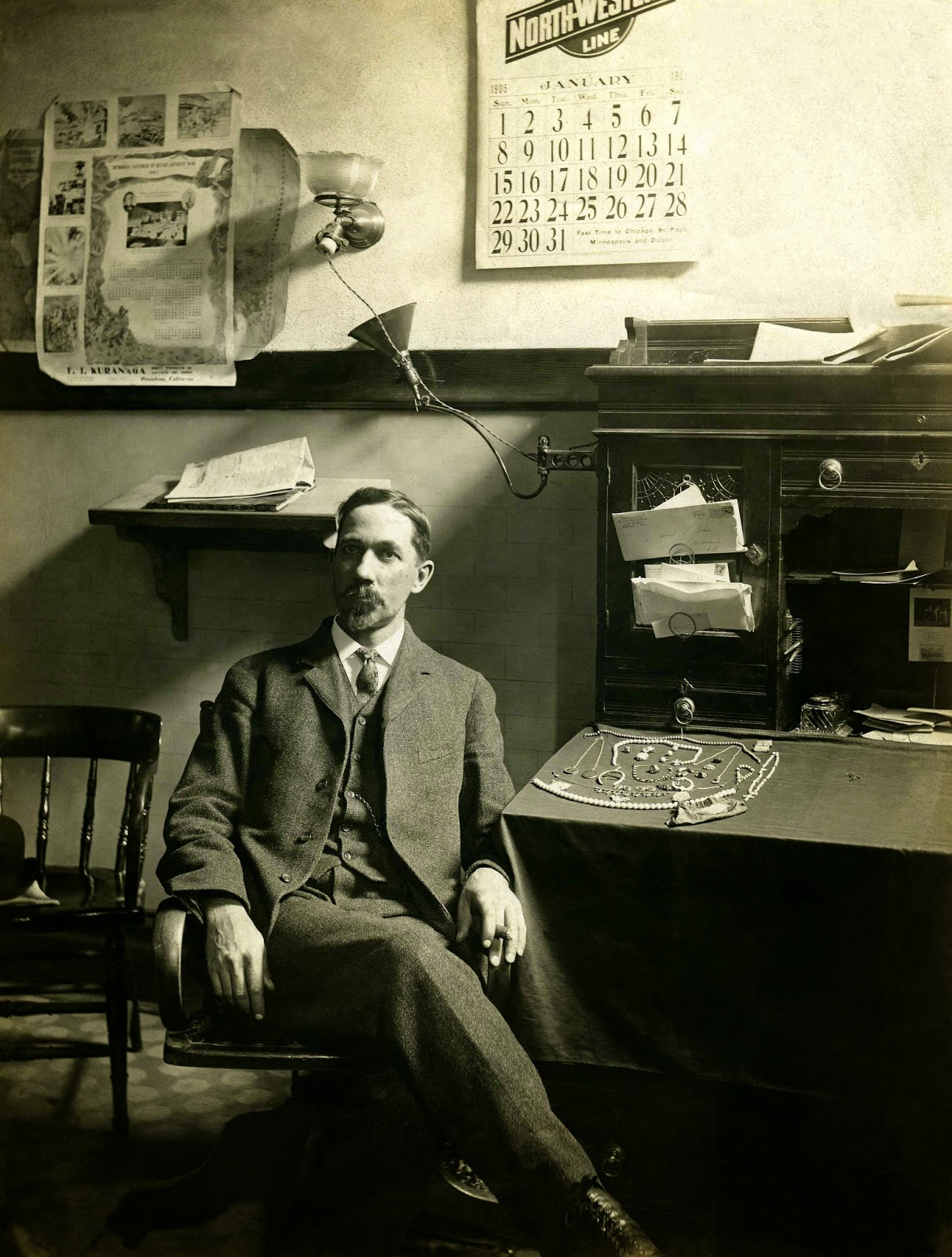 There were a handful of correct guesses out of the 30 or so placed in the suggestion box at the Pasadena Museum of History, so I turned the correct ones over on a table and invited Laura Verlaque to choose one.

Jennifer Carey is the winner!

I love all the detail in the photo. I assume from the tablecloth that the photo was shot during a photo opportunity for media.

Freeman was an officer with the Pasadena Police Department before being appointed chief of police in 1901. 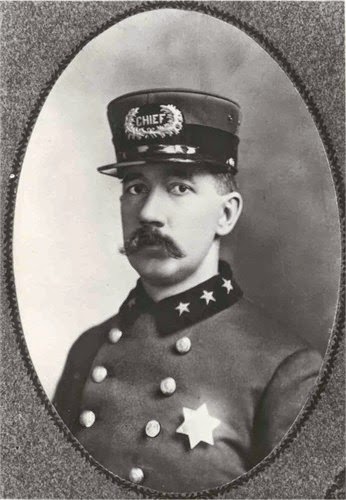 The jewelry had been stolen from the Edeys' winter lodgings at the spanking new Hotel Maryland, where they resided for four months. The property, including the hotel and vast grounds, spanned from Colorado Street to Walnut Street between Euclid and Los Robles (Union Street didn't dissect the area until years later).

The jewel heist was a case that rocked Pasadena from pillar to dome and made headlines across the nation.

Mr. Edey was a wealthy, retired investment broker with the New York Stock Exchange and his wife was a popular socialite. 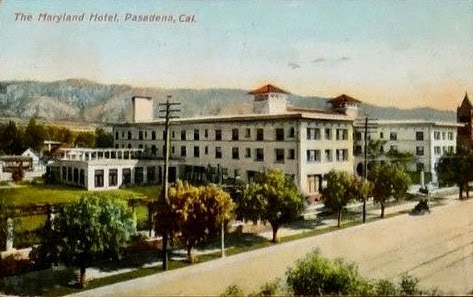 Every morning Nellie Hadley Edey took her jewelry boxes to the hotel manager, Daniel M. Linnard, for safekeeping in his private vault and took them back every evening before she dressed for dinner.

On Friday, Jan. 20, 1905, in her haste to prepare for an early morning horseback ride, Mrs. Edey placed the jewelry boxes in her trunk instead of taking them to Linnard. Her husband had already set out to play golf at the Los Angeles Country Club.

By the time they returned to their rooms, the jewels were gone. 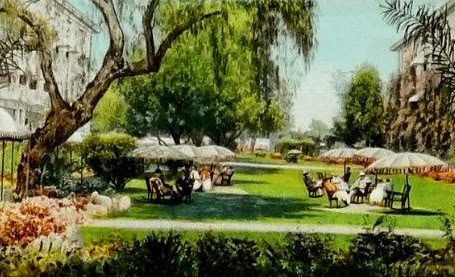 Various pieces, including rings, brooches, necklaces and bracelets, were set with diamonds, pearls, rubies, sapphires and other gems.

Because there had been three other recent thefts of valuables, Linnard and the hotel detective suspected the head bellboy, F.A. Gaston, because he had a master key. When Mrs. Edey's jewels went missing, they searched Gaston and discovered a gold fountain pen in the lining of his vest that had been stolen from another guest's room days before.

But Gaston clammed up, and Mrs. Edey's jewelry was nowhere to be found. 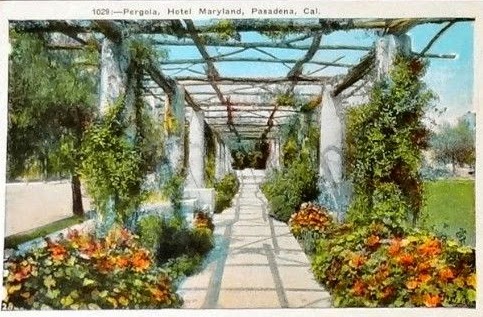 The Pasadena Police Department joined forces with the Pinkerton Detective Agency, and pawn shops were notified by telegram to be on the lookout for the stolen jewels.

The case was cracked when one of the other bellboys in the scheme was put in a "sweat box" (those were the days!) and finally sang like a canary.

He told police Gaston had enlisted his help along with one other bellboy and that a buttonhook had been used to pick the lock on Mrs. Edey's trunk.

Then he led police to the Hotel Raymond, where the jewels had been buried under a pepper tree. 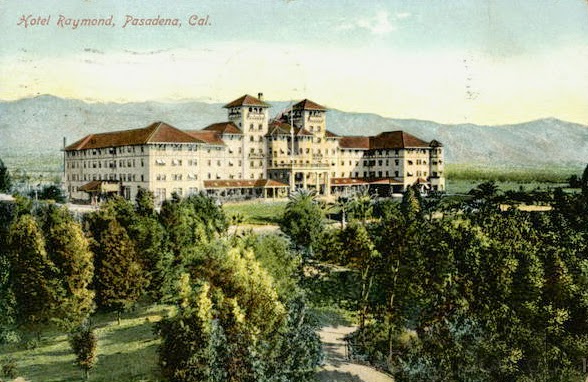 It was soon discovered Gaston had a number of aliases he had used in employment as a bellboy to steal expensive belongings in hotels from San Francisco to San Diego.

He was sent up the river where there are no master keys.

Here are images of the three bellboys in the Jan. 24, 1905, edition of the Los Angeles Times. Gaston, AKA James Doyle and other aliases, is at the lower right): 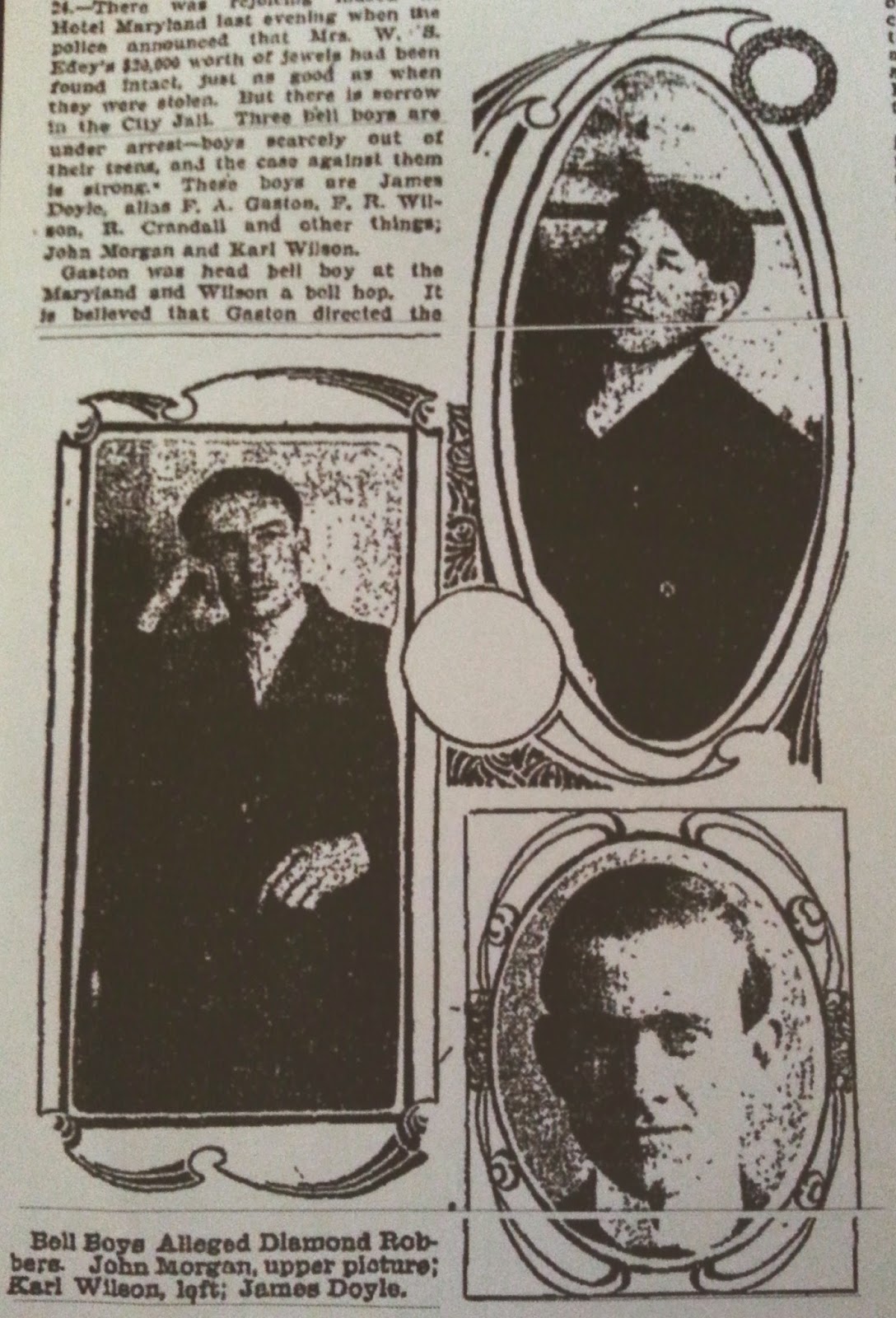 As for the Hotel Maryland, it burned to the ground the evening of April 18, 1914. Myron Hunt began drawing plans right away and the new Hotel Maryland opened on Thanksgiving Day, 1914. In 1934, after the Great Depression caused tourism to decline dramatically, it was demolished. Eventually The Broadway department store stood in its place.

To my knowledge, all that is left is a 1929 annex that was converted to apartments many years ago at the northeast corner of Euclid Avenue and Union Street, a ghost wall just north of All Saints Church  and a fountain that was surrounded in 1990 by decorative tiles for a public art wall installation designed by artist Joyce Kozloff at Plaza Las Fuentes behind All Saints Church. 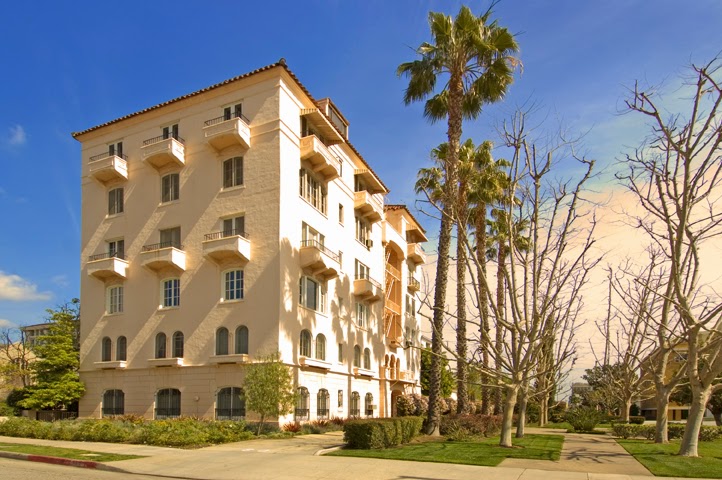 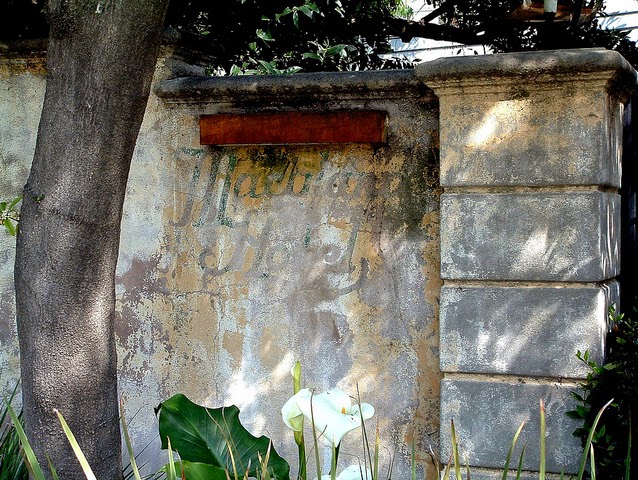 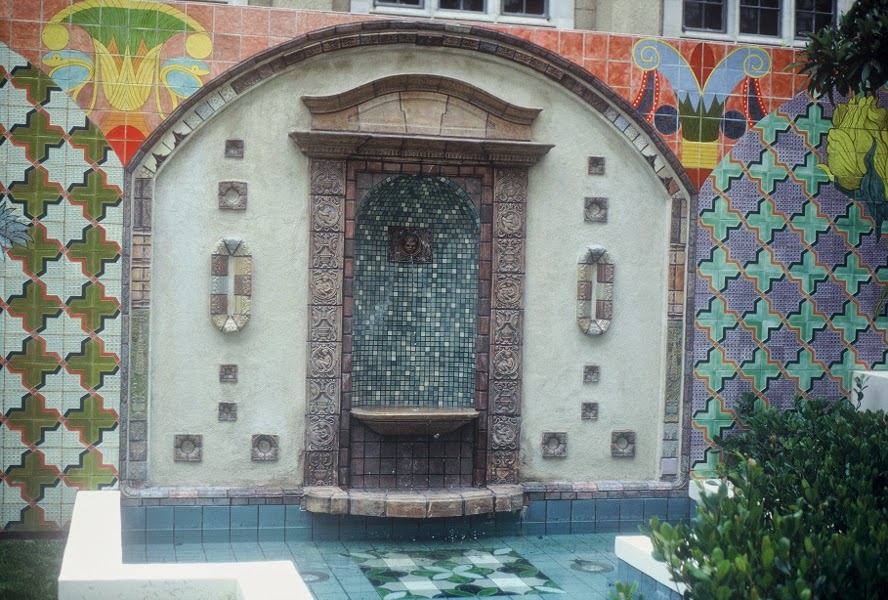 Just one photo remains in this Special Edition series of Mystery History photos. Be sure to stop by my Mystery History exhibition and take your best shot at photo #3. You may win a fabulous prize!

Many thanks to the Pasadena Museum of History (D5-P9), Nahemaka, Night Owl Cafe, Los Angeles Times, Sterver and Sterver, Cafe Pasadena and City of Pasadena.
Posted by Ann Erdman at 3:39 PM