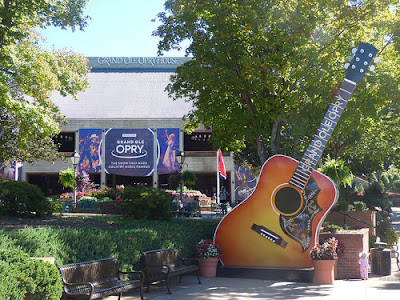 Yesterday I began my day at the Grand Ole Opry in Nashville.

I was just in time for a backstage tour so I quickly purchased a ticket and joined the group. The tour began with a short film about the Opry's history, which was entertaining and fascinating.

I took many photos during the tour but I'll leave you with just these three.

Artists who perform at the Grand Ole Opry are assigned mail boxes that they check after they enter through the back door and sign in. 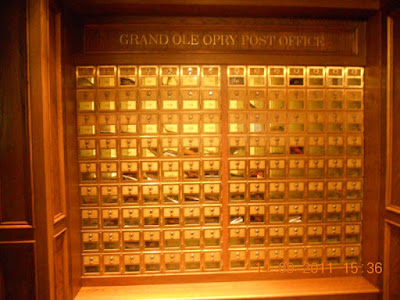 They each get assigned a dressing room. Every dressing room has its own décor, and many artists have favorites that they use again and again. 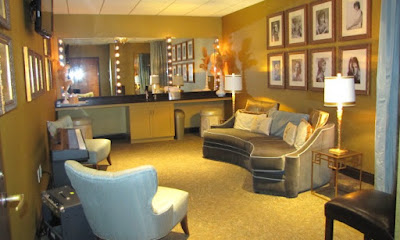 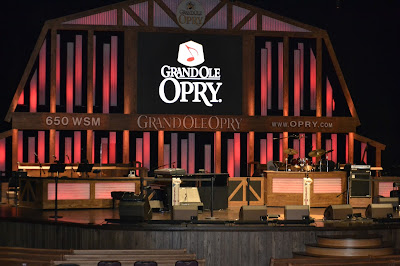 What began as a simple radio broadcast in 1925 became a live entertainment phenomenon. There are shows several times a week, broadcast live on Nashville's WSM-AM Radio and on SiriusXM's Willie's Roadhouse, channel 59.

When I saw the lineup for tonight's performance, I simply had to get a ticket, no matter the cost: 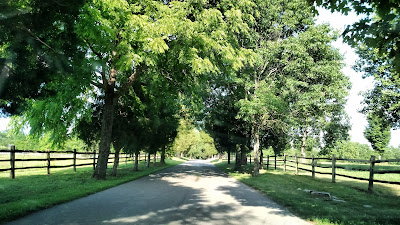 So I made my way to The Hermitage, the estate of Andrew Jackson. He was a great, complicated and imperfect man, the seventh president of the United States, the first president not born of wealth and the voice of the common man against aristocracy and corruption.

The Hermitage pretty much hides in plain sight not far from what is now the urban core of Nashville. At first it looks like any other country road on the outskirts of the city.

The first photo below is the mansion from the front; the second is from the back. 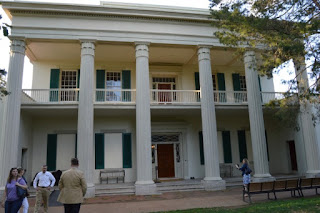 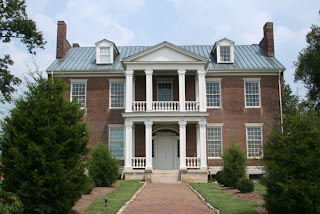 The entry hall with original wallpaper from the 1830s. 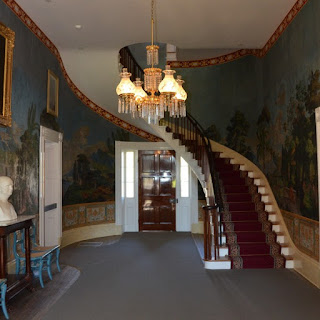 I have many more photos but I think this will suffice.

From 13-year-old Revolutionary War soldier and orphan to War of 1812 hero to president of the United States, he was a self-made man with no formal military training yet never lost a battle. In many ways, he transformed the republic from a democracy in name to a democracy in deed.

There are darker pieces of Jackson's story, such as his controversial Indian Removal Act that led to what is now known as the Trail of Tears. The Hermitage site makes no attempt to hide these episodes of history, instead displaying information and putting everything in context so everyone can learn from them. 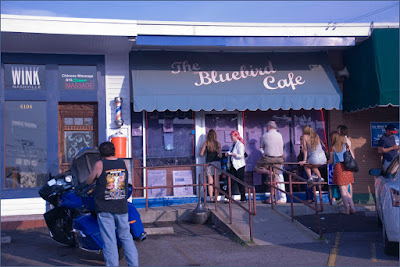 Before leaving Nashville, I had to stop by the Bluebird Café where countless country music performers and songwriters cut their teeth. I was happy to have an opportunity to spend a little time inside and soak in some of the greatness. 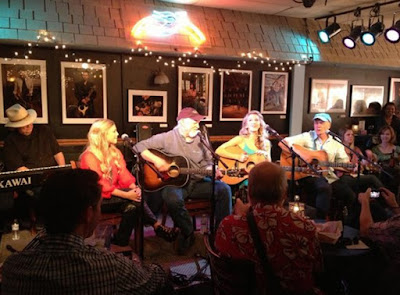 I crossed over the Cumberland River from Tennessee to Kentucky (please excuse the smeared bug guts on my windshield!). 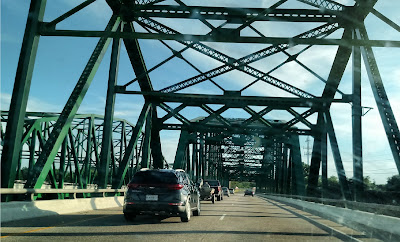 I arrived safely, checked myself in at a hotel in tiny Munfordville, the county seat of Hart County, Kentucky.

Why Munfordville? You'll have to wait for tomorrow's blog post to find out what I'm doing in Munfordville today.