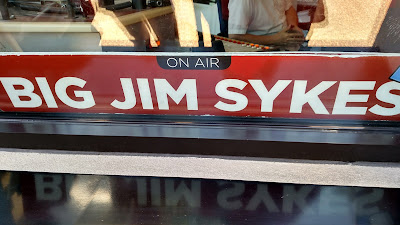 I had one and only one mission yesterday, Wednesday, June 8: To go to SiriusXM's Elvis Radio station across the street from Graceland and meet one of the DJs, Jim Sykes, face to face,

Why Jim Sykes? Because he is one of my warriors, all the way in Tennessee.

Several months ago when I was still in chemotherapy, I commented on a Facebook post generated by Jim in which he asked a very general question, something like what's everyone doing today?

I had never responded to one of his posts before, but this time I did. I said I was undergoing chemotherapy for breast cancer and that I will win.

He responded with "Go Ann Erdman Go!" and ever since he has been so kind and supportive and encouraging every time I have mentioned anything about my breast cancer journey. Every time I have commented on one of his post over the months, I have begun my response with "Greetings from Pasadena, California!"

So I arrived at the Graceland Plaza across the street from Elvis's home and found the Elvis Radio station but didn't know if I would be able to do anything more than wave to him through the glass.

I got the attention of a security guard who was passing by and asked him to let Jim know I was here -- Ann Erdman from Pasadena, Calif. That did the trick, and Jim came out of the booth and gave me the biggest hug I've received in a long time from anybody! Then we chatted it up for a few minutes before he had to get back inside and continue spinning those Elvis platters (well, it's all digital now, of course). 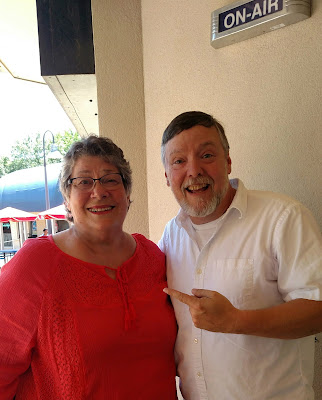 I was so grateful to be able to thank him personally for all of his support, well-wishes and encouragement. His wife is a breast cancer survivor. Facebook brings people together in unlikely ways!

Then I went across the street to Graceland for my second visit since 2009. This time I had to make it quick because I had things to do and places to go!

I never get tired of looking at the stately mansion and the spacious grounds. 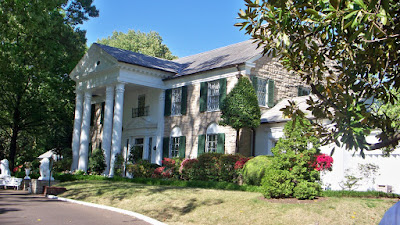 I'm especially grateful that Priscilla Presley and Lisa Marie Presley didn't turn the property into Presleyland, which would have ruined everything.

I took a self-guided tour since I was in a bit of a rush. The house is exactly as it was when Elvis was alive. 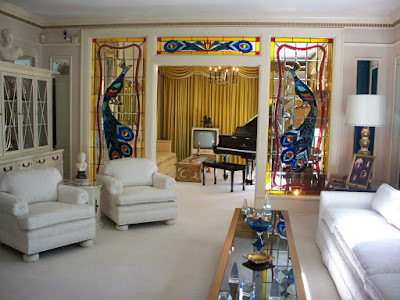 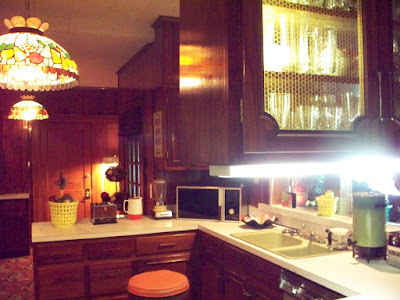 The TV room. Elvis heard that Walter Cronkite kept three TVs on at home, each tuned to one of the three networks. So Elvis decided to do the same., 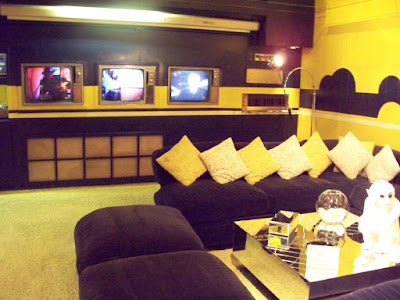 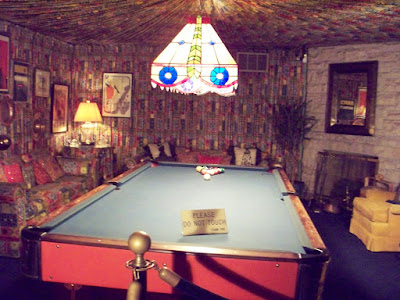 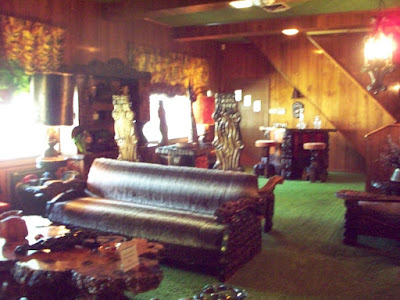 The hand-carved arm of a chair in the Jungle Room. That's an ashtray on a wooden stand next to the chair, Today we call this kitchy, but back then it was standard in every home, whether on a stand or sitting on a table. 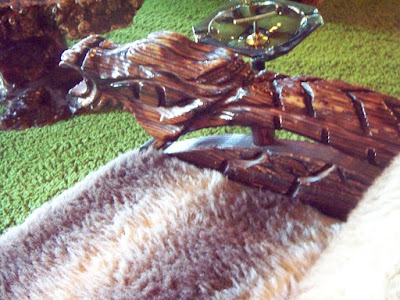 That's a waterfall and little pool against the wall in the Jungle Room.. 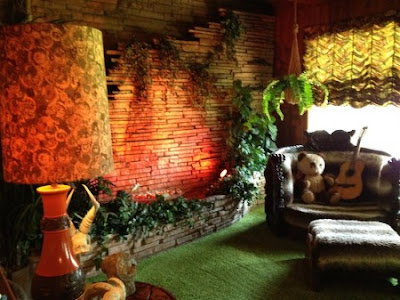 Elvis had buildings constructed on the grounds behind the mansion. One is filled with press clippings, performance costumes, gold records, etc. 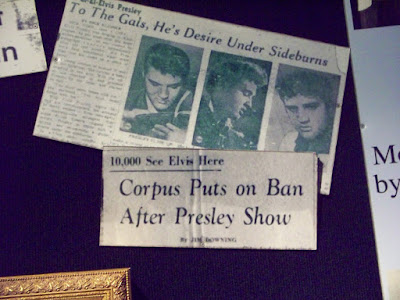 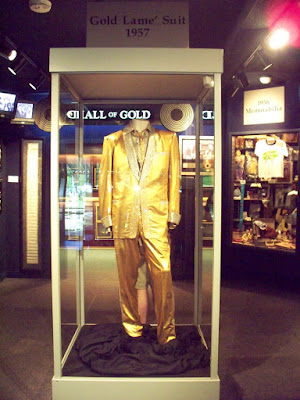 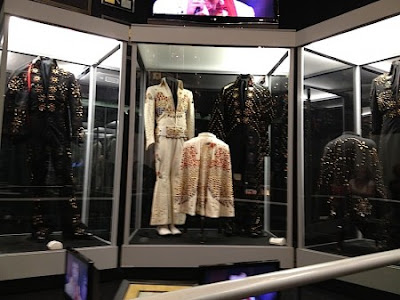 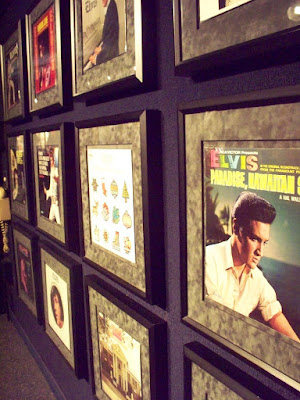 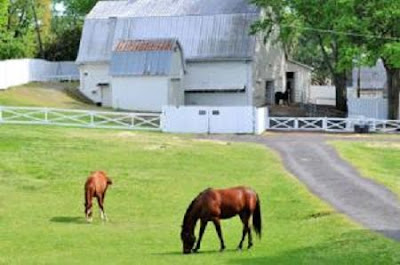 The Meditation Garden where Elvis, his parents and other family members are buried. 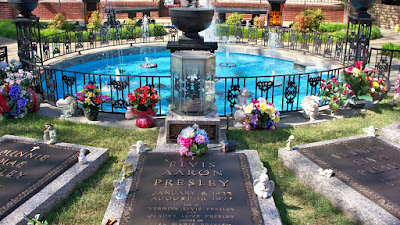 Then it was on to the Center for Southern Folklore in Memphis, the mission of which is to "preserve, defend, protect and promote the music, culture, arts and rhythms of the South." 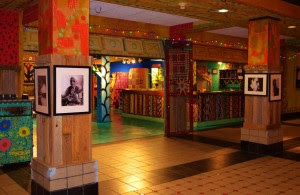 It features a large archive of video and audio recordings, historic photographs, film, art and artifacts, all related to the mission. There's also a gallery of regional folk art and photos. Performers showcase local blues, jazz and other genres of music. The center also organizes the annual Memphis Music and Heritage Festival, which happens every September.

I left Memphis and headed toward Nashville, staying the night in Dickson, Tennessee, about a half hour from Nashville. I was hoping I may be related to William Dickson, founder of the town, but couldn't find a direct connection. (I come from a long line of Dicksons.)

I'm in Nashville as I write this.

I am grateful for all of my warriors -- hundreds of you, near and far, in Pasadena, Memphis and everywhere else -- who continually encouraged me to keep my head high, have courage and continue fighting the breast cancer fight, even during my darkest days. I cannot adequately articulate what that love and support has meant to me. It has been palpable, believe me.

And now that I'm coming out the other side and no longer tethered to Pasadena for treatments, I'm loving my Freedom Tour!

Stay tuned for tomorrow's blog post to learn about my adventures today!
Posted by Ann Erdman at 2:34 PM