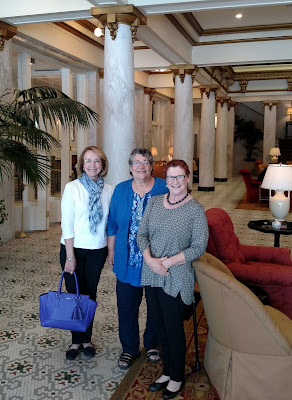 I began yesterday's adventure with breakfast in the company of my cousins Cynthia Jackson Ragan (left) and Courtenay Jackson at the historic Capital Hotel in Little Rock, Arkansas. My maternal grandmother and their paternal grandfather were siblings whose father was Edwin Franklin Jackson (1878-1930), Some of you may remember the blog post I wrote about our great-grandfather.

Courtenay had to leave after breakfast for her job in a downtown law office. I hated to say good-bye.

Cynthia took me on a mini tour of Little Rock. First stop was the William J. Clinton Presidential Library, We saw an introductory documentary, narrated by Bill Clinton, then explored for a while. Bill and Hillary Clinton have a private penthouse apartment on the top floor where they stay whenever they are in town. 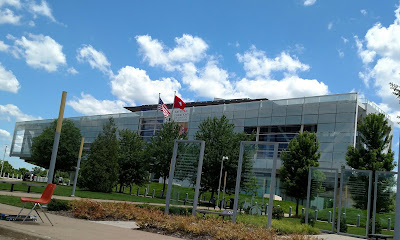 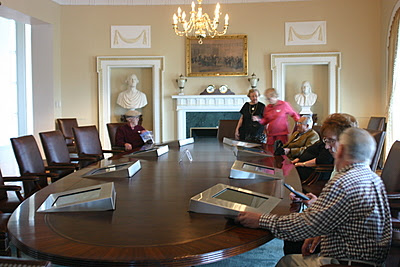 I took this selfie in front of President Clinton's iconic saxophone. 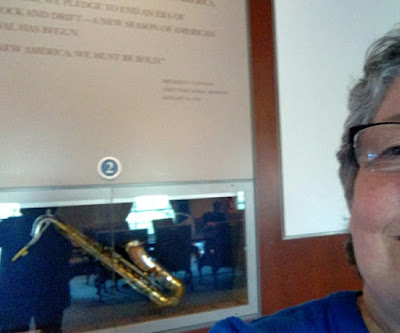 We drove by the State Capitol Building where President Clinton served three terms as governor of Arkansas. The current governor is Asa Hutchinson. 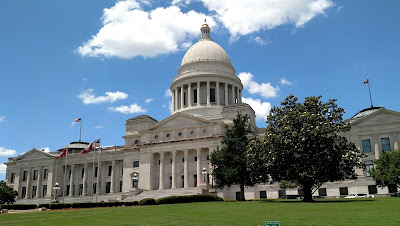 Then it was on to Little Rock Central High School, made internationally famous when nine African American students entered the school in 1957 three weeks after the governor ordered the Arkansas National Guard to surround the school in an attempt to block the school's federal-court-ordered integration. After the tense, three-week standoff, President Dwight D. Eisenhower federalized the Arkansas National Guard and sent 1,000 U.S. Army troops to Little Rock to enforce the federal order. 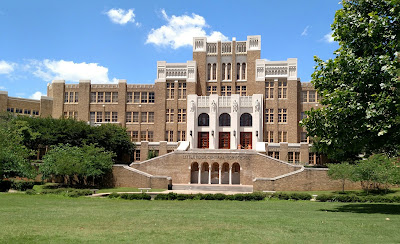 I hated to say good-bye to Cynthia but I needed to drive on to Memphis, Tennessee, where my sister Charlou and our lifelong friend Joanna have been visiting for the last couple of days (we're all leaving tomorrow).

Last night we ate dinner at Gus's Fried Chicken in Memphis, an out-of-the way joint where the locals go and tourists are rarely seen (well, except us last night!). Joanna is on the left. 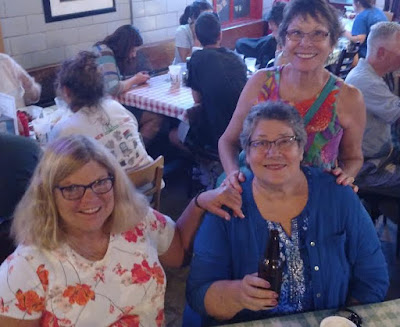 Charlou and Joanna had visited the National Civil Rights Museum the day before on the site of the Lorraine Motel where Dr. Martin Luther King Jr. was assassinated.

Joanna bought this tote bag for me, which I really appreciate. 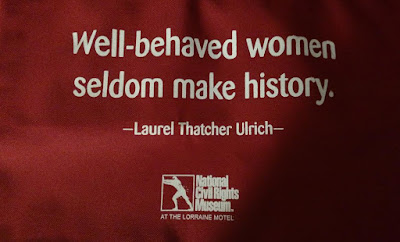 As I write this, I'm getting ready to join Charlou and Joanna for a riverboat cruise on the Mississippi River.

Stay tuned for tomorrow's blog post, when I'll fill you in on everything we're doing today.