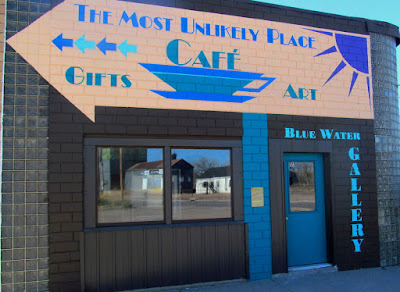 In the middle of nowhere, along one of those two-lane highways I've been traveling lately, I saw this painted building as I was passing tiny little Lewellen, Nebraska. So I had to turn around and see what this was all about.

Ordinarily, small towns in the middle of nowhere on the Nebraska prairie are quaint looking with historic downtowns like this one (Gothenburg): 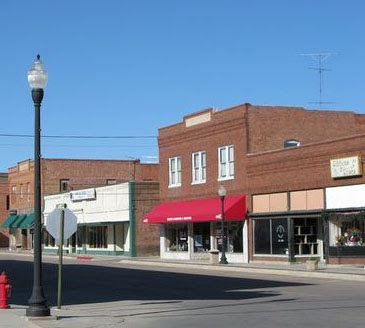 But Lewellen, population 224 and the only town within 50 miles, looked comparatively hip to me. The Most Unlikely Place, for sure. 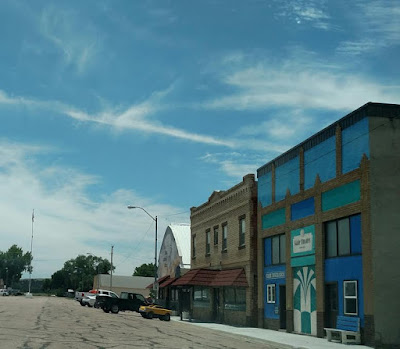 That third building from the right above, with the white triangular roof, is what all the fuss is about.

Here it is from the front: 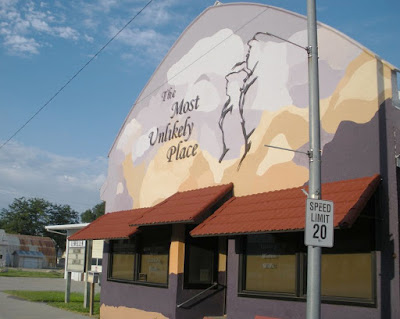 Housed in a former silent movie theater with an interesting history, The Most Unlikely Place has occupied the space since 2009 with a family-owned art gallery and bistro complete with live music and servers on roller skates! 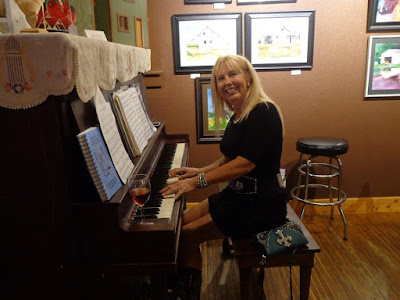 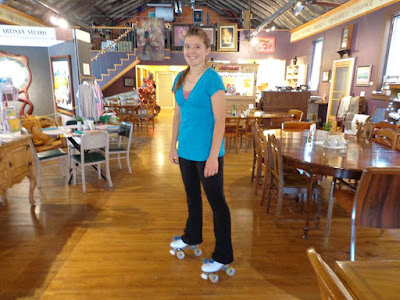 What's even more unlikely is that this wonderful establishment is in a town where Main Street is the only paved street! All the other streets are dirt. Here's what I saw when I turned the corner to leave Lewellen: tidy residential neighborhoods with unpaved streets. 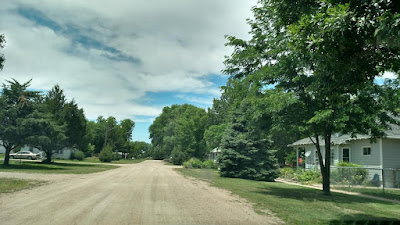 Lewellen even has a winery. (It's odd that the Wikipedia photo of Main Street in Lewellen is on the opposite side of the street from all the colorful interest.)

I got back on that two-laned highway and headed northwest. An hour later, way out on the prairie a few miles from Bridgeport, I passed a sign that said "Historical Marker" with an arrow, so I followed it to what I learned were two of the most important guiding landmarks for pioneers traveling westward along the Oregon Trail: Courthouse and Jail Rocks. 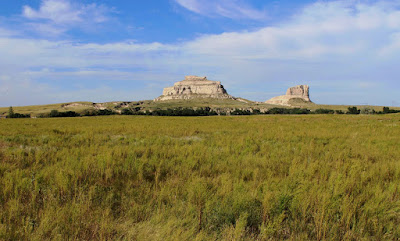 And who knew that rocks were eligible for the National Register of Historic Places? 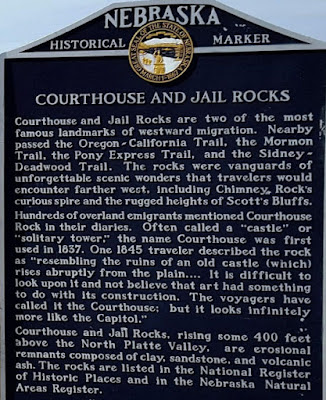 It's hard for many in the 21st century to imagine the hopes and hardships experienced by thousands of people in the 19th century who ventured west along the Oregon Trail in wagons. They left civilization behind to find new and better lives for themselves and their families, facing physical threats, severe weather, Indian attacks, rugged terrain and other perils all along the way.

I ended yesterday's adventure safe and sound in a hotel room in Chadron, Nebraska.

The owners of The Most Unlikely Place, three siblings, took a big risk that paid off in a tiny town. One of the primary reasons 50 percent of small businesses fail within the first five years is that they have neither a business plan nor a marketing plan. These sibling-owners obviously have their plans and goals and visions in place and are succeeding with gusto!

When I was growing up, our parents drove my three siblings and me from San Diego up to Knott's Berry Farm a few times before it ever became a big-time amusement park. It was a wonderful place for this child of the '50s and '60s who loved history. One of my favorite attractions there was the Wagon Train Panorama, a museum with artifacts associated with pioneers coming west to California. I'll never forget the special display in a giant diorama of sorts showing what such a wagon train would have looked like on the prairie along some unnamed trail, and there was a very dramatic (to me, anyway) audio recording of what a family's conversation might have been along the way. At the end, a little girl's voice said, "Mommy, I'm thirsty" and her mother said the only water left had to be saved for the horses. That has stuck with me always.

Stay tuned tomorrow for my blog post about what I did today.