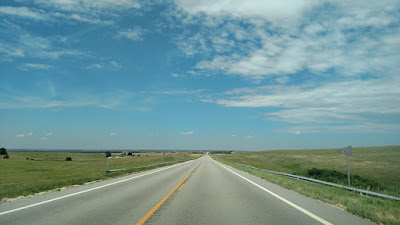 Yesterday (Friday), after spending four make-'em-count days with family in Northwest Arkansas and Wichita, Kansas, I drove six and a half hours from Wichita to Ogallala, Nebraska. The roads were mostly two-lane highways through the Kansas plains and Nebraska prairie, with very few other cars in sight...and cornfields as far as the eye can see: 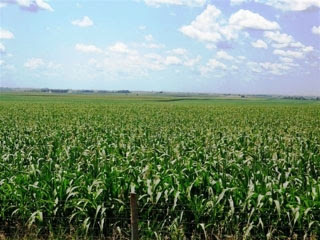 Since I haven't done a Freedom Tour blog post since last Sunday (June 19), allow me to back up a few days. After I arrived in Bella Vista, Arkansas, in the spectacular Ozark Mountains on Sunday evening to visit with my sister Charlou, brother-in-law Bill, cousin Bonnie, cousin Judy and her husband Ken, it was nice to just relax for three full days.

While it's great to be on the road, relaxation with loved ones is a necessity from time to time.

I don't have any photos of family to share -- just Lake Avalon, where my sister's home is in Bella Vista. The top photo was shot from the upstairs deck and the bottom from the ground-level hammock (thank you, Matt). 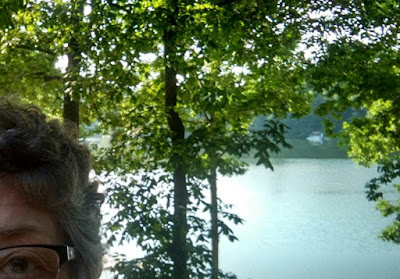 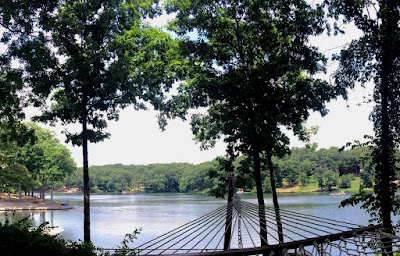 Then on Thursday morning I drove about four hours to Wichita, Kansas, to spend the afternoon, evening and the next morning with my cousin Alice who lives in this lovely, spacious home in the historic Riverside neighborhood. 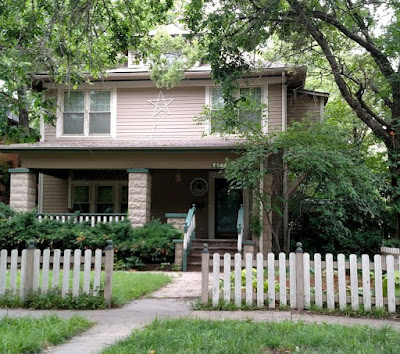 After a leisurely breakfast out, we parted ways (sob) and I hit the road again, which catches you up to yesterday!

I just realized I never snapped a photo of Alice. Here she is (I can't take credit for this one): 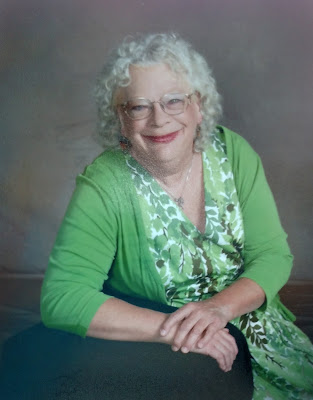 On that long drive yesterday to Ogallala, Nebraska, the two-lane highway went through a number of tiny little towns. 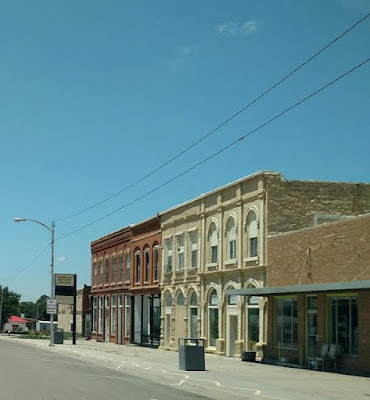 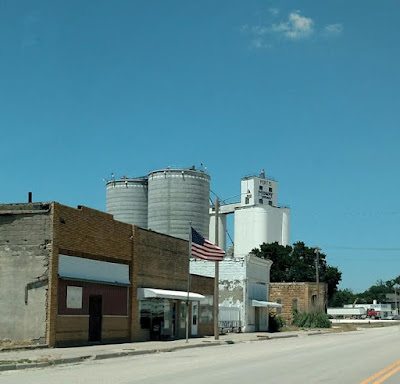 At one point I filled my car up with gas next door to a John Deere dealership.

Dear John Deere: You give farmers all the best toys! 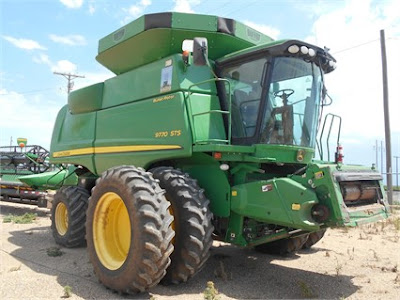 I saw a sign about a mile from Gothenburg, Nebraska, about a historic Pony Express station and museum so I had to veer off the beaten path and take a look.

Young men were hired to deliver mail between Missouri and California in the span of only 10 days, guaranteed, which was unheard of at the time. This was before the transcontinental telegraph system was completed, so the only way to communicate was via letter, and that sometimes could take weeks if not months, especially on the isolated plains and prairies.

The only available options were mail delivery by overland stagecoaches or by steamship routes that had to go around the tip of South America. In other words, not exactly express delivery!

So a relay system was developed that was nearly 2,000 miles long with 190 stations, most of them in Nebraska, Wyoming, Utah and Nevada. Each Pony Express rider raced about 75 miles on horseback, then handed the saddlebag with mail pouches to another waiting rider with a fresh horse. And so on and so on. William "Buffalo Bill" Cody was one of the riders. 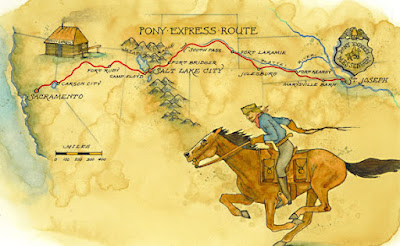 Pony Express only lasted from spring 1860 to autumn 1861 but it remains a legendary chapter in American history.

This historic Pony Express station on the Oregon Trail was moved 25 miles from its original site on the prairie near the Platte River to Gothenburg's Ehmen Park in 1931 after the property owner donated it to the city. Like other stations, this one included sleeping quarters, a corral, food for riders and horses, as well as someone to run the station. 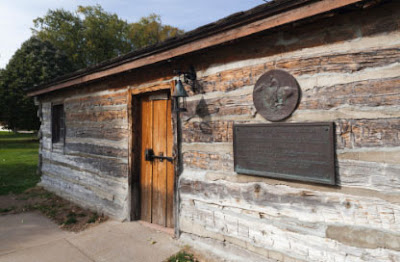 An iconic image of a Pony Express rider and his galloping horse. 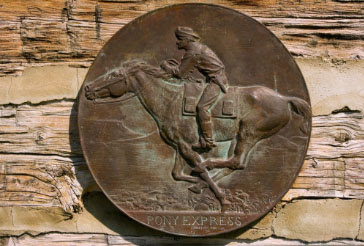 Inside, which is now a museum, there are many Pony Express artifacts. 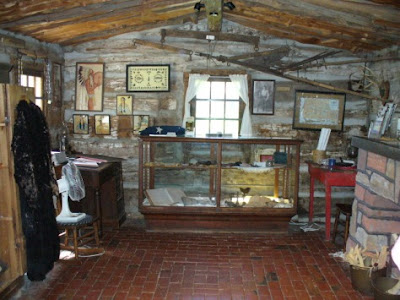 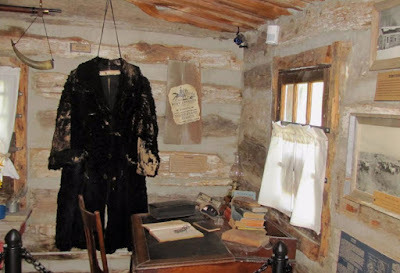 Click here for more info about this station as well as a video about the Pony Express.

I remember learning about the Pony Express when I was in elementary school. Back then, history was brought to life by exciting stories relayed by great teachers that left me hankering for more. I've been a student of history ever since.

Visiting the Pony Express station was a fascinating and educational break in the day that also gave me an opportunity to stretch my legs in the fresh air by walking around the park.

There doesn't seem to be much to write home about in Ogallala, Nebraska, where I spent the night last night, with the exception of the Prairie Theater that shows first-run films, which is unusual for such a small town in the middle of nowhere (on the marquis it reads "Independence Day" and "Finding Dory"). . . 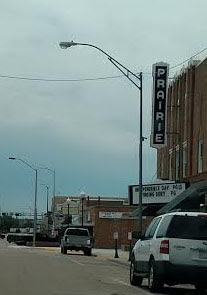 . . .and a replica of an Old West town that features a short stretch of ersatz shopfronts. 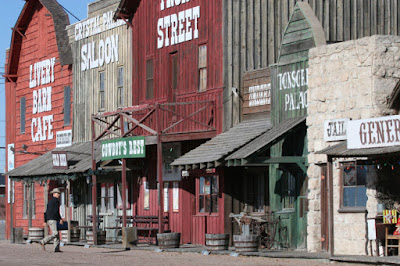 You'll have to wait for tomorrow's blog post to see what I did today.